The Red Sox don't have a Junichi Tazawa problem

In a recent development, there seems to be a good amount of criticism going the way of Junichi Tazawa. While he hasn't been perfect, the Red Sox are fine with him being their top set-up man.

Share All sharing options for: The Red Sox don't have a Junichi Tazawa problem

One of the more common complaints people have about this Red Sox team right now is their bullpen. Besides that one guy who typically pitches in the ninth inning, of course. Beyond Koji Uehara, though, people aren't very confident in the other relievers. For most of the pitchers, it makes sense. Craig Breslow has pitched very well this year, but his low strikeout rate is definitely concerning. Brandon Workman and Drake Britton have shown very impressive flashes in big spots this year, but they are inexperienced and can very easily make a costly mistake. There has also been quite a bit of criticism towards Junichi Tazawa recently, too. In particular, the Boston Herald's John Tomase has been a part of this group, with things including this article, which begins:

The Red Sox have a Junichi Tazawa problem, and they're running out of time to address it.

Typically, I agree with most of the things that Tomase has to say about this team. In this case, though, he and everyone else talking Tazawa seem to be way off.

Tazawa burst onto the scene last season in his first full healthy campaign after Tommy John surgery, throwing 44 innings and finishing up with a 1.43 ERA and 1.82 FIP, making him one of the best relievers in all of baseball. While he hasn't been quite as dominant as he was in 2012, he has still been very good as the set up man. After last night's game in which he struck out the only batter he faced, Tazawa is the owner of a 2.66 ERA and 3.15 FIP. He has struck out 26 percent of opposing hitters, while walking just 4.5 percent, carrying a 6.5 K/BB. Compare that to the league-average reliever, who strikes out 21.5 percent of batters, walks 8.8 percent and owns a 2.5 K/BB, and Boston's right-handed setup man looks very good. 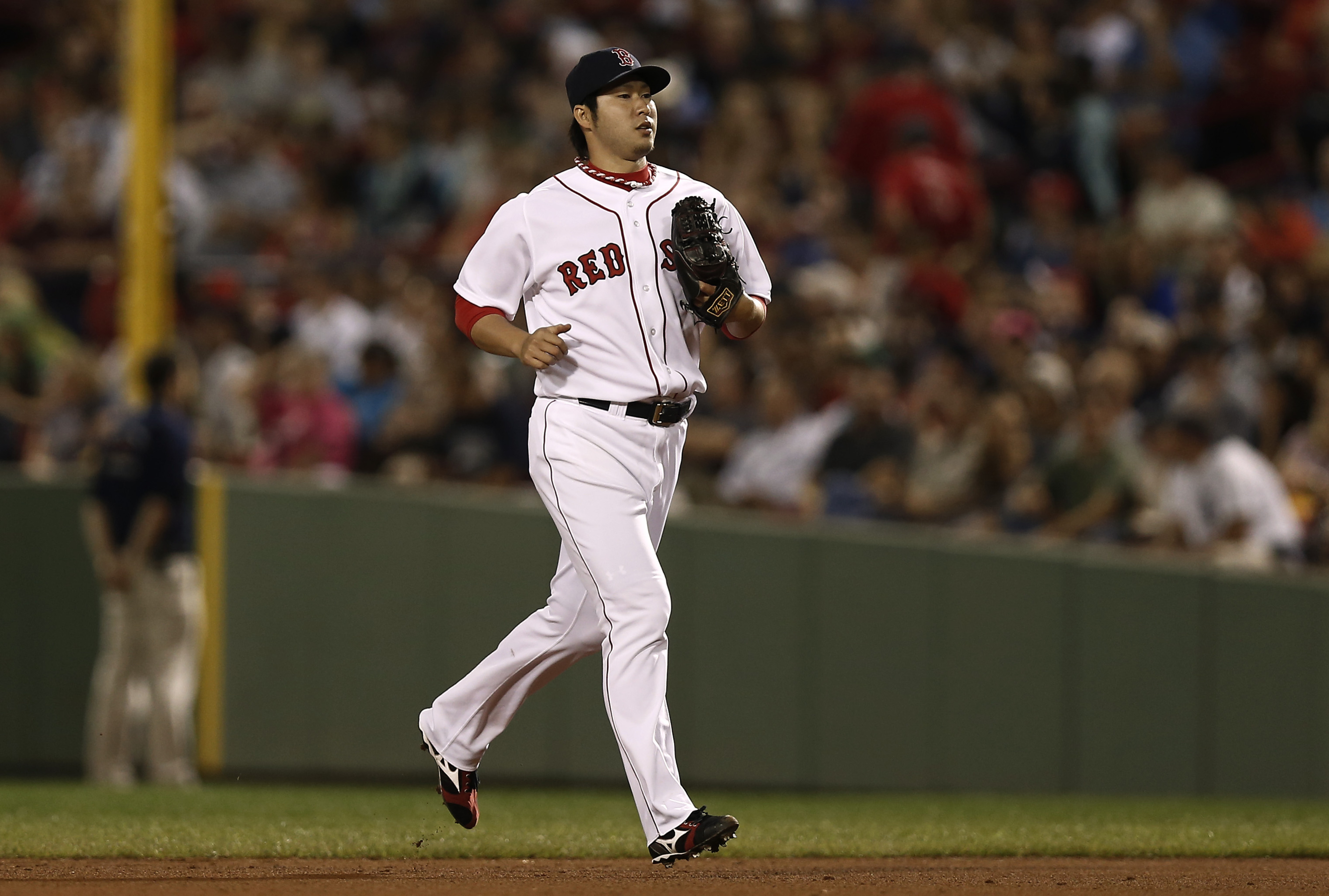 The biggest reason for Tazawa's slight dropoff from last year's dominating numbers has been an increase in home runs. This shouldn't have been too difficult to see coming, as just three percent of the fly balls he allowed left the yard, a rate that would have been very tough to duplicate. Still though, there has definitely been some harder contact this year, which was to be expected as teams had all winter to come up with plans of attack. According to Fangraphs' methods of tracking batted ball data, a little more than 28 percent of the batted balls Tazawa has allowed have been line drives, which is the 14th highest rate in baseball amongst relief pitchers with at least 20 innings pitched. 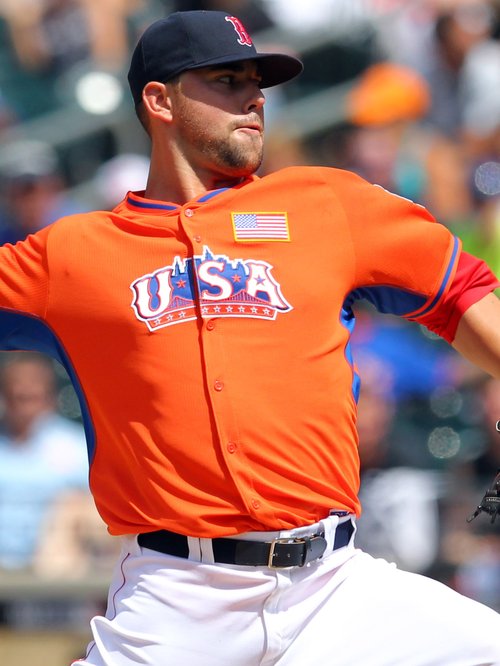 It's all familiar faces, some more so than others, taking the mound for Pawtucket. 

Even with the increase in hard-hit balls, the 27 year old has done more than enough to solidify his position as the second-in-command in this bullpen. He has pitched very well in big spots this year. With men on base, batters are hitting just .183/.224/.269 with a 28/6 K/BB, with that line moving to .103/.165/.103 with runners in scoring position. In other words, he hasn't allowed a single extra-base hit when there is a runner in scoring position. Additionally, Tazawa has been at his best in high-leverage situations. In these scenarios, batters are hitting .203/.244/.430. Unfortunately, there have been five home runs that lead to that inflated slugging percentage, but there has been virtually no damage in the other 81 high-leverage plate appearances.

At the end of the day, Tazawa has proven himself to be among the most reliable relief arms in the game since last season. Of pitchers with at least 50 innings of work since the start of the 2012 season, his 2.16 ERA is 10th in all of baseball, his 2.61 FIP is tied for 17th, and 7.27 K/BB is second, behind Uehara. He may not be perfect, but Tazawa has been better than most other relievers in the game.

With Koji Uehara doing unthinkable things at the back-end of the bullpen, we have probably become a little spoiled in our expectations. We see that it's possible, so we expect our relief pitchers to be pretty perfect every time they come out. Unfortunately, that's just not realistic, and there are going to be games in which a relief pitcher comes in and gives up a big hit that may cost the team the game. It has happened to Tazawa this year, and people are jumping off his bandwagon. Down the stretch, relief pitchers become even more important in close games. This is especially true when the schedule is built like Boston's, with so many big division games coming in the final month of the season. Even though people have been critical of him lately, Tazawa is still a trustworthy arm, and the Red Sox should be fine with him being the man entering the game in front of Koji.