We'll be spending the week extolling the virtues of our favorite Sox. First up: Shane Victorino

Who was the star of 2004? Manny Ramirez at the plate, Curt Schilling on the mound. 2007? Papi at the plate, Beckett on the mound. Seemingly without fail, every year a few players have stood out from the rest, and earned at least some talk of league-wide MVP consideration. Hell, there were three of them in 2011, even with the Sox falling so tragically short at the last minute. With a payroll like Boston's, it's no surprise that this team has been one built on stars.

2013, however, has been different. Nobody is talking about any Red Sox in the same way they might talk about Miguel Cabrera or Mike Trout. But because the season is over and there are four days between now and the ALDS, a favorite must be chosen. WIth that in mind, we here at Over the Monster are going to make the case for Boston's MVP. And there are a lot of candidates to get through.

I was lucky enough to snag Shane Victorino.

Once called the worst signing of the offseason, Victorino has had himself quite the season. By the numbers alone, he's been incredibly valuable contributor, hitting .294/.351/.451, good for a 119 wRC+. Hitting 20% better than league average while providing some really excellent outfield defense? What more do you need? 21 stolen bases in 24 attempts? Sure, you can have that too.

But Victorino--affectionately known around these parts (and some of Philadelphia) as Shanf--has been more than just the numbers. In a way, he's the embodiment of everything that's been great about this Red Sox team. 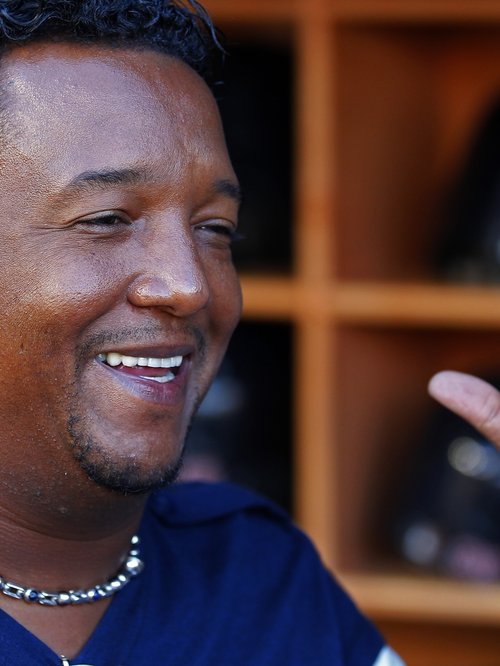 If you've been watching the season on NESN, I'm sure you'll remember some of the commercials we saw, particularly in the early season, about how these Red Sox sure do love to play baseball. Before the season got started, and before we saw these Red Sox play, it seemed like a pretty transparent attempt to appease a fanbase put off by Bobby Valentine's three-ring circus of malcontents. "We might not be the best team this year," the ads seemed to say, "but at least you can cheer for us!" They were, frankly, a little cringe-worthy.

But then something crazy happened, and the Red Sox were the best team in baseball, and damn if all that character the Red Sox had been hyping up didn't shine through from the very beginning. This hasn't just been a fun ride because it ended up at 97-65. Even at 88-74 with another year out of the playoffs, we'd probably all be talking right now about how nice it was to have a fun, lovable team back in Boston.

It's hard to see, but I like to call it a "disbelieving grin." Tell me in 2012 that wouldn't have been a three-week story about enmity between relievers and hitters.

Look, Victorino probably falls a little short of being the actual most valuable player on the team. He missed some time before he just decided to say "screw it" and play through everything, and for all that it's been incredible to watch him smack around right-handed pitching as a righty, it doesn't actually count for extra. It's also a little discomforting how big a part of his game getting hit with a pitch seems to be.

But if Shane Victorino isn't the best player on the team, he's still a damn good one, and one of the guys who has brought the most to the plate in terms of pure enjoyment this year. If he's not the MVP in pure baseball terms, he's close enough to it that all the extra stuff just pushes him over the top.