It's all familiar faces, some more so than others, taking the mound for Pawtucket.

The minor-league regular season is over, meaning it's now time for the playoffs. For the Triple-A Pawtucket Red Sox, the goal is to win the International League and the Governor's Cup for the second season in a row, giving them a chance to topple the Pacific Coast League's representative in the level's finals.

They'll have to get through the Rochester Red Wings first, though, but the rotation they've set for the first three games gives them an excellent chance in this best-of-five affair.

Anthony Ranaudo, who began the year at Double-A Portland and represented the Red Sox in this summer's Futures Game will take the mound in game one. Ranaudo has made five starts and six appearances for Pawtucket, logging 30-1/3 innings with three times as many strikeouts as walks. For the year, he's thrown a career-high 140 innings with a 2.96 ERA, a full run lower than his previous best. 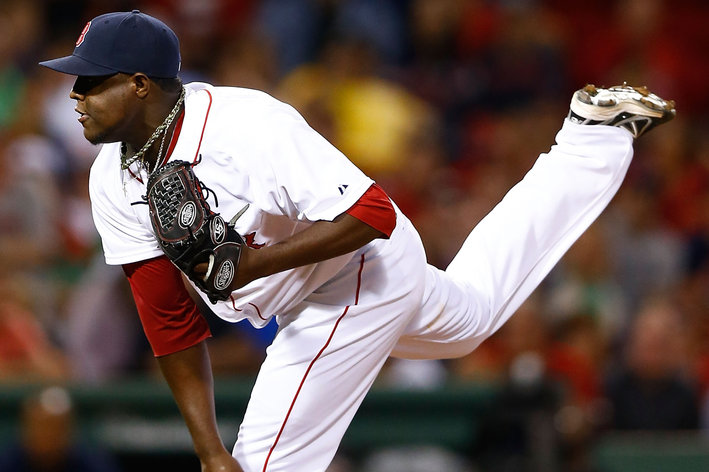 Your immediate reaction is likely no, but there are multiple reasons to make the switch.

Game two will feature Clay Buchholz, in the final rehab appearance of his three-start minor-league stint. If Buchholz is sharp in this final tune-up, it's hard to believe Rochester's batters will stand much of a chance, considering Buchholz toyed with big-league hitters for the first two months of the season before inflammation in his shoulder cut things short. Whether he's sharp or not is a question itself, however: Buchholz hasn't gone all out in a start since early June, and remains on a rehab assignment as pitchers do in order to work out the kinks in games that won't count against the big-league club.

Last, in game three, the PawSox will turn to another arm with some big-league time in 2013, Steven Wright. The knuckler owns a 2.04 ERA over his last 10 starts and 61-2/3 innings with Pawtucket, with much of the success coming due to his new found ability to get outs on the ground with some consistency.

Buchholz won't be around for game five, if that ends up being necessary, but between Allen Webster and Matt Barnes, the PawSox have plenty of alternates for either game four or Buchholz's slot.