But maybe not for the reasons you would think.

Red Sox right-hander Clay Buchholz hasn't pitched since the beginning of June thanks to a shoulder injury that Dr. James Andrews advised him to rest rather than pitch through. He's in the midst of a rehab assignment now, though, and was set to make his third of three rehab starts on Wednesday. That final start has been pushed back to Thursday, but not for any medical reason. 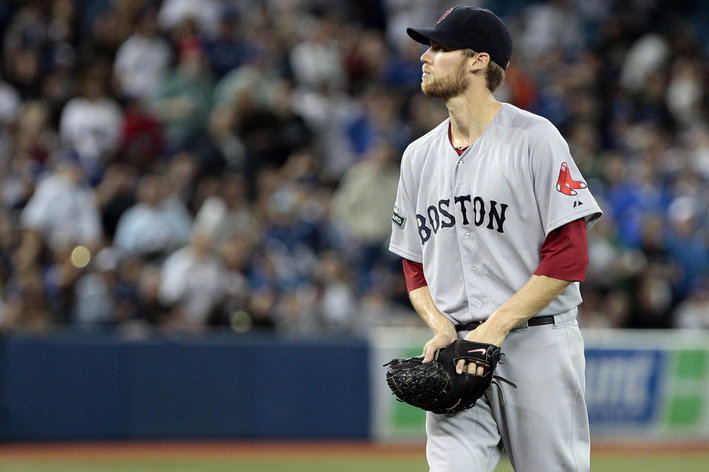 Could a reunion with Theo and Jed do the trick for Bard's career?

Well, not any Clay Buchholz medical reason, anyway: his wife is expecting to go into labor on Wednesday, September 4, so Buchholz will simply pitch on Thursday rather than on the day of his second child's birth.

It's all the same in terms of scheduling Buchholz's return, anyway -- if he pitched on Wednesday, he couldn't return any earlier than Tuesday of next week thanks to the off-day on Monday, September 9. Pitching Thursday means he'll be on five days rest for a Tuesday start to open a three-game series against the Rays, in the final meeting between the top two teams in the AL East.

Buchholz posted a 1.71 ERA and 245 ERA+ in 84 innings and 12 starts before the shoulder trouble. There is no structural damage, and he was mostly dealing with inflammation, so there are no long-term concerns that this will be an issue going forward now that it's been handled appropriately, with months of rest. The timing could not be better for the Red Sox, who remain in first in Buchholz's absence, and will have their top pitcher back just in time for a brutal September schedule that features just five games against sub-.500 teams.