Share All sharing options for: Who do the Red Sox want to face in the ALDS?

But who should they be hoping for?

I'm guessing we don't need to spend much time on the Detroit Tigers. The only team in the game that can top Boston's in any comprehensive metric--a 115 wRC+ to the Red Sox' 114--with a terrifying rotation featuring Max Scherzer, Anibal Sanchez, Justin Verlander, and Doug Fister to boot. Even if they had to almost completely sacrifice defense to field all these bats--Jose Iglesias the obvious exception--and even if the Red Sox have shown they can beat them when Andrew Bailey is removed from the equation, they're a challenge best not faced. The good news is that with a two game lead on the Athletics, the Sox can probably dodge them for now.

That leaves us with three possible opponents: Texas, Tampa Bay, and Cleveland.

The Rangers are currently the ones outside looking in having suffered through a serious slump in September. But they're back to winning games now and still sit just one game out.

While in days past it was the bats that everyone feared with Texas, the Rangers now pack a below average punch with a 97 team wRC+ (.262/.323/.413 batting line), with Adrian Beltre the only really consistent threat. No, the if the Rangers beat you, it's going to be on the mound, where Yu Darvish provides the first punch, followed by strong backup in the likes of Derek Holland. Martin Perez, Matt Garza, and Alexi Ogando are not quite as intimidating as their names or results might suggest, but backed by a reasonably competent defense, can get the job done.

Terry Francona's Cleveland Indians sit one up on those Rangers, and are one of those nebulous teams that just does everything reasonably well. They lack a top bat like Cabrera, but have some solid options in the likes of Carlos Santana and Jason Kipnis. Justin Masterson, Ubaldo Jimenez, and Corey Kluber are fine pitchers, if Masterson has missed some time. But they're awful on defense, the Red Sox are 6-1 against them. about half of their wins this season have come against the White Sox, and they've got a 36-52 record against winning teams. So there's that.

And then there's the Rays. Yes, the Red Sox seem to kind of have their number this year with 12 wins in 19 tries, but they've certainly got something going on there. A deceptively strong offense--109 wRC+ despite scoring relatively few runs--that could very well rise to meet its actual quality in October. A pitching staff led by the ever-frightening if somewhat diminished David Price, and up-and-comers Alex Cobb and Matt Moore. A bullpen with so many decent options that Joe Maddon will swap them in and out with reckless abandon. And that awful tendency to be perfectly placed on every line drive. 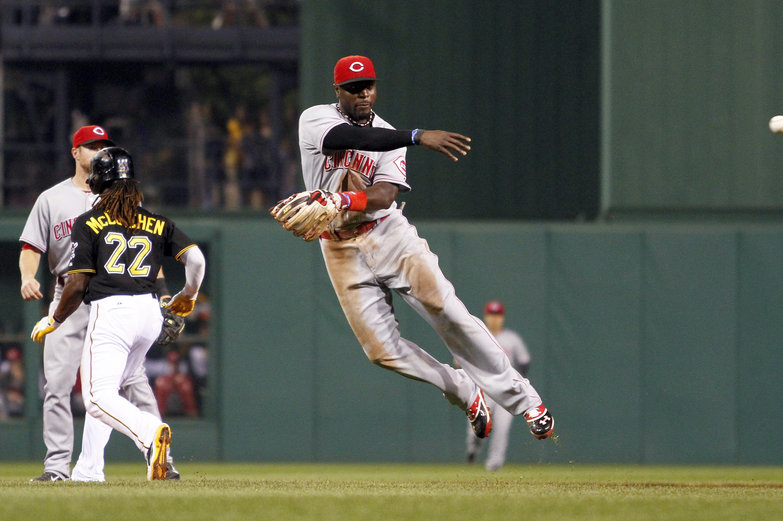 This will be every sidebar for the next week. Get used to it.

There's no such thing as an easy opponent in the playoffs. Every team that's gotten to this point has proved out over 162 games as one of the league's best. But the choice here kind of seems obvious. Detroit is the total package, to be avoided at all costs. The Rangers are one of the best run-prevention teams in the game despite playing in Arlington. And Tampa Bay is almost always a migraine and a half. God only knows if the Sox lose it had better not be to Luke Scott and a python.

No, the obvious answer is Cleveland. No offense to Terry Francona and his gang--they do a lot of things well, and it's a strong step they've taken from obscurity in 2012 (they wish they could have been as sensational in their awfulness as the Red Sox. Actually, probably not). But there's plenty of indication that while these other teams are finished products requiring, more-or-less, tweaks, the Indians are still a bit of a work in progress.Yes, it will invite some awful stories about the Boston - Francona connection, but that's better than dealing with the reality of James Loney driving in postseason runs.