Boston currently leads, but things could change quickly in the season's final weekend.

As of Friday, which will kick off the final regular season series of 2013, the Boston Red Sox have home field advantage in the postseason. This could change, as their two-game lead is not insurmountable with three left to play, but there is a very good chance that the Sox pull away and secure those extra Fenway Park games for October.

Read More: Robinson Cano would like all the money in New York, please.

The Red Sox enter their final three contests against the Orioles with a 96-63 record, while the Athletics, the only threat to Boston's grip on home field, face the Mariners to finish off their own regular season. If the Red Sox win one of the next three games, the A's would need to sweep to tie Boston for home field -- in the event of a tie, the A's would secure home field advantage, as Susan Slusser explained earlier this week. So, in reality, all that's likely needed is for the Red Sox to win one game against the Orioles, as even sweeping a mediocre club like the Mariners isn't exactly a given. With that being said, the A's did sweep the Rangers last year in the season's final three games when a sweep was all that would bring them the division title, so let's not act like it's an impossibility, either.

Both the Red Sox and the A's can afford to play hard for home field if they choose to, as the American League Division Series won't begin until next Friday, October 4. That's plenty of time for bullpens to rest and for starters to be realigned. Both teams might need to, as well, given the match-ups in front of them. 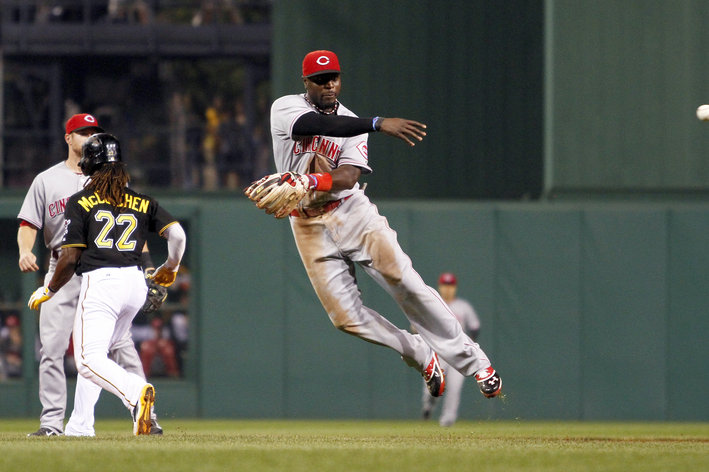 Yes, the A's are facing the lowly Mariners, but in game one, they take on Felix Hernandez. In a series in which a sweep might be necessary to secure home field, having to face King Felix is no small thing, especially not in the midst of another high-quality campaign. The A's aren't going in unarmed, though, as Bartolo Colon will take the hill opposite Hernandez, capping off a season that is arguably better than what Hernandez has produced. Following this game, things get a little easier for Oakland, as Jarrod Parker faces Brandon Maurer (6.48 ERA in 84-2/3 innings) on Saturday, while Sunday brings us Sonny Gray against Erasmo Ramirez, who owns an 81 ERA+ in 2013.

The Sox kick off their final three against the O's with ace Clay Buchholz on the mound against Scott Feldman. They have Jon Lester going up against Wei-Yin Chen on Saturday, and John Lackey taking on Chris Tillman in game 162. Boston has the pitching advantage in all three contests, and they have the better lineup, so they have better than a coin flip's chance of winning each of these games -- as mentioned before, they might only need to win one of them to wrap up the home field race.

Anything can happen in a short series, of course, so let's not crown the Red Sox as the AL's best just yet. But, when you combine the weekend's match-ups with the fact the A's are already down two, things are looking good for Boston. And hey, if the A's pass them, the Sox are still division champs with an ALDS date on the calendar to look forward to.