What to do with Brandon Workman?

Is Brandon Workman a starter, or a reliever? It's a question Boston will have to answer headed into 2014.

Share All sharing options for: What to do with Brandon Workman?

It's been a rough couple of months for Brandon Workman. After throwing six innings of one-run ball against the Seattle Mariners in his third start of the season, Workman was shifted to relief in hopes that he could bolster a shaky Boston bullpen. At that point, coming off of three excellent outings, there was even talk of Workman supplanting Ryan Dempster in the rotation ahead of Clay Buchholz' return.

Since then, Workman has allowed 15 earned runs in 20 innings of work. Even if you exclude his six runs in 4.2 innings of very long relief in Houston, his numbers as a reliever are simply not good. His strikeouts remain high, with 24 in those 20 innings, but his walk rate has better than doubled. As a starter, he's allowed a .227/.268/.288 batting line to opposing batters. As a reliever? .309/.381/.521. As it stands, it's not hard to imagine Workman missing out on the playoff roster.

It's an ugly picture of Workman as a reliever, but one which we should be cautious about reading too much into. After all, this is Workman's first experience as a relief pitcher, and it's not hard to imagine that these struggles might be related to his inexperience with the role. Typically, after all, a pitcher will be able to let loose a little bit more as a reliever, and Workman's slightly thin repertoire would be best masked by short appearances. Logically speaking, if he's at least a decent starter, he should be a better reliever once he settles into the role.

When you combine that concept with Boston's relatively few answers in the bullpen and glut of starting pitching prospects, then, leaving Workman in the bullpen come 2014 doesn't seem like such a crazy move. It doesn't hurt that more than a few scouts expected that to be his final destination from the beginning. 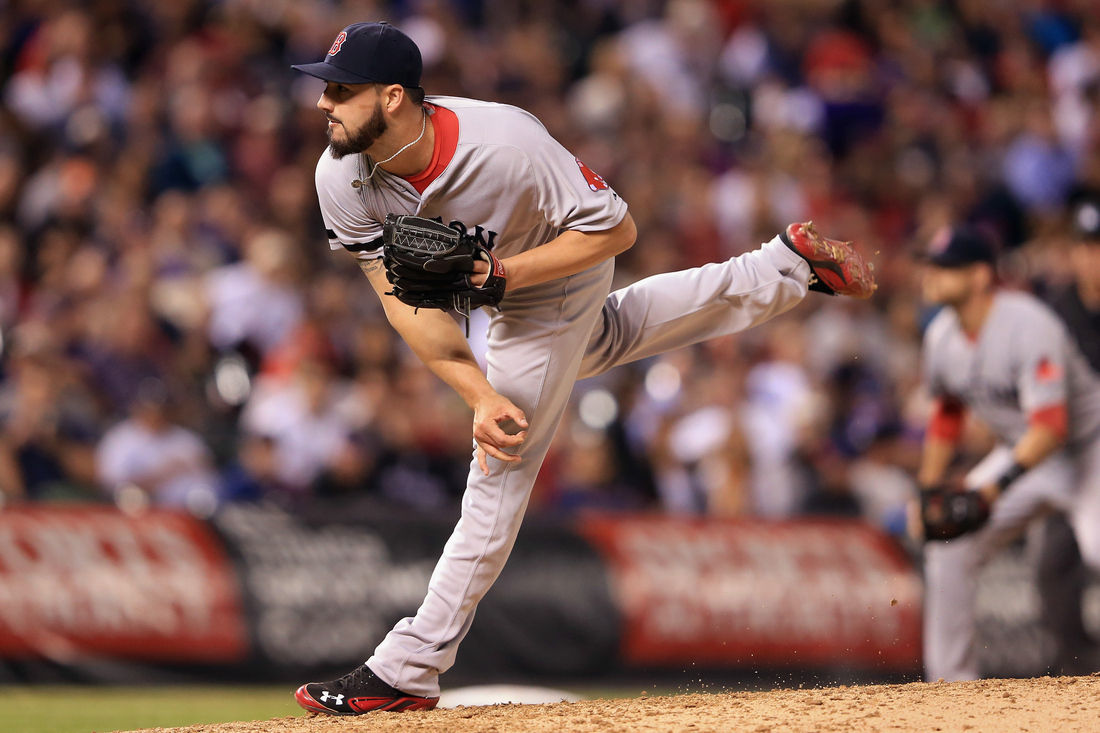 And yet...the numbers nag. Not just the three excellent starts with Boston, but also those in Pawtucket, where he produced a 3.43 ERA in 10 starts with a 74:17 K:BB. The fact that he's succeeded in the role at every stop in the system, and then carried it over so nicely when he made the final jump. And the fact that starters are, in general, much more valuable to a team than relievers. 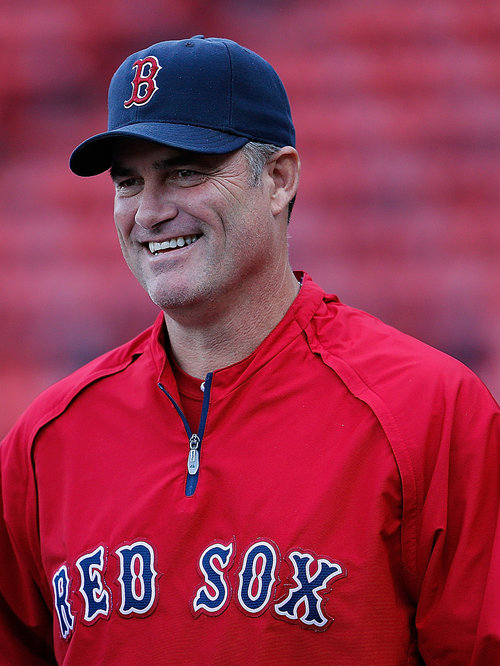 Speaking of guys who might not make the playoff roster...Thornton, anyone?

As it stands, the 2014 Pawtucket Red Sox could have a very crowded rotation. Allen Webster, Rubby De La Rosa, Anthony Ranaudo, Steven Wright, Matt Barnes, and Henry Owens are already potential candidates, though Owens has only had a few starts in Double-A, however excellent. That makes it easy enough to find room for Workman to start, since Owens can stay in Portland and Wright's presence really shouldn't be influencing major prospect decisions. But unless room opens up on the major league roster, someone's going to have to make the bullpen move, possibly for the sake of the Red Sox proper as much as organizational space concerns.

Still, even knowing that the Red Sox could need bullpen help, and even knowing that Workman profiles as one of the obvious guys to move there, it grates to actually pull the trigger. So much so that I don't think I would. The Red Sox have made do with a bit of a half-baked bullpen this year, and what they've lacked isn't so much the top-end, but a reasonable seventh-inning sort of arm. The type that aren't hugely expensive on the open market, and might even be found through a "pasta-at-the-wall" method without too much risk.

The return on that risk is the possibility of having yet another good starter available to the team, be it for the future rotation, or as a trade chip. And the value of an average, cost-controlled starter is hardly insignificant, particularly to the more frugal teams looking to trade away talented players about to get expensive for the first time.

To be perfectly honest, this is not coming entirely from a logical standpoint. In many ways, the "correct" move is probably to shift Workman to the bullpen. To ignore three good major league starts as the small sample size noise that they are and to recognize that the bad bullpen appearances are easily explained away by inexperience. But in this case, at least, my gut is pushing pretty strongly in favor of the rotation, and my head has come up with excuse enough to support it.

Make of that what you will.