With just one week remaining in the regular season, it's time for the front office and John Farrell to figure out who will round out their playoff roster. With one of the last spots, Jackie Bradley Jr. should be on there.

Share All sharing options for: Jackie Bradley Jr. Belongs in the Postseason

The Red Sox are officially going back to the postseason, and after clinching the division, they have guaranteed their safety from the one-game wild card playoff. As such, they have two concerns at the moment. First, they are still battling to finish the season with the American League's best record, allowing them to play the winner of the wild card game, who would've likely used their best pitcher in that play-in. Second, they need to figure out how they are going to round out their playoff roster.

By my count, their are probably three playoff spots up for grabs, with two of them coming in the bullpen. The last one, though, would be the last man off the bench for the offense, who would likely be used for running and defensive purposes. At first glance, it would seem Quintin Berry fits this bill perfect. However, it would seem to me that Jackie Bradley Jr. is the better option, given what's happened more recently.

The biggest reason for Bradley being the better option is that he is a better bat, and you never know when that is going to be needed in the playoffs, especially with the recent injury problems. Jacoby Ellsbury is still recovering from his ailing foot -- an injury that has kept him out of action since the sixth of this month -- but could possibly return while the team is in Colorado. In addition to Ellsbury's recent health woes, Shane Victorino has also been banged up lately, and has been suffering through nagging injuries all season. While both are expected to be ready for the playoffs, there is always the possibility that one - or both - could be required to miss at least one game. With a right-hander on the mound, the defense would be left up to Mike Carp in left and Daniel Nava in right -- a pairing that wouldn't do any of Boston's pitcher any favors. Because of this, it would be nice to have Jackie Bradley as an option to start over Carp instead, something Berry wouldn't be able to do.

It is indisputable that Bradley is the better hitter of the two outfielders in question. As a minor leaguer, he showed above average plate discipline, drawing walks in 13.3 percent of his plate appearances throughout his minor league career to go along with a hit tool that is at least average. He also showed the ability to continue to hit at the two highest levels on the farm, where pitchers become exponentially better and feature more complex repertoires. The 23-year-old outfielder made 271 trips to the plate as he finished last season in double-A, and hit .271/.373/.437 (127 wRC+)  in that time. Then, after starting this season roughly with the big-league club, he collected 374 plate appearances with Triple-A Pawtucket, where he hit .275/.374/.469 (137 wRC+).

He's even shown signs of production in Boston, even if his numbers don't show it. At the moment, he's hitting just .191/.280/.348 (71 wRC+) in 100 plate appearances, but that takes into consideration his numbers early in the year, when he was forced to adjust to major league pitchers with little-to-no experience at triple-A. His more recent numbers are more indicative of his abilities, as he's hit a much more respectable .258/.324/.419 since his September call-up, including five hits and a home run in his last three games. 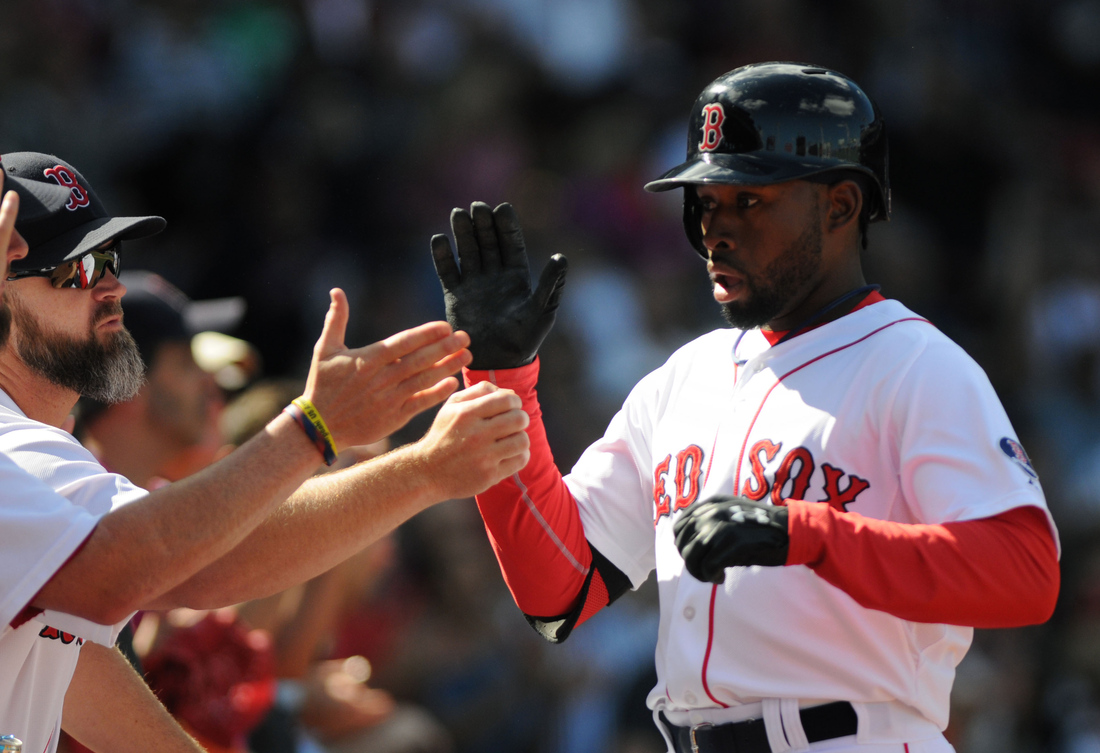 On the other hand, Berry has never been much of a hitter, and couldn't be trusted with any plate appearances in a playoff game. In 333 career trips to the plate, he has hit .262/.333/.357 (91 wRC+), and has performed horrible in the minors this season. As a 28 year old in Triple-A, he accrued 381 plate appearances with three different organizations, and he hit just .191/.307/.257 in that time. As purely a pinch-runner, he's been perfect for the Red Sox this month. However, he is a complete liability at the plate.

Aside from their offensive abilities, Bradley also handles Berry with glove. With a great glove and a plus arm, Bradley's defense is likely his best quality, and it gives him the ability to come in late in games and play center and right field at Fenway, along with the much easier left. A late-inning defensive alignment with Bradley in left, Ellsbury in center, and Victorino in right could be a huge asset for the bullpen in close games. The guys at SoxProspects.com say this about his defense:

While Berry isn't bad on defense, he certainly isn't on Bradley's level. He uses his elite speed to give him great range in the outfield. However, his arm is less than impressive, limiting him mainly to left and center field as a defensive replacement. This is a situation that wouldn't be helpful if Daniel Nava was stuck in right field as a result of an injury to Victorino.

Daniel Nava is no fluke 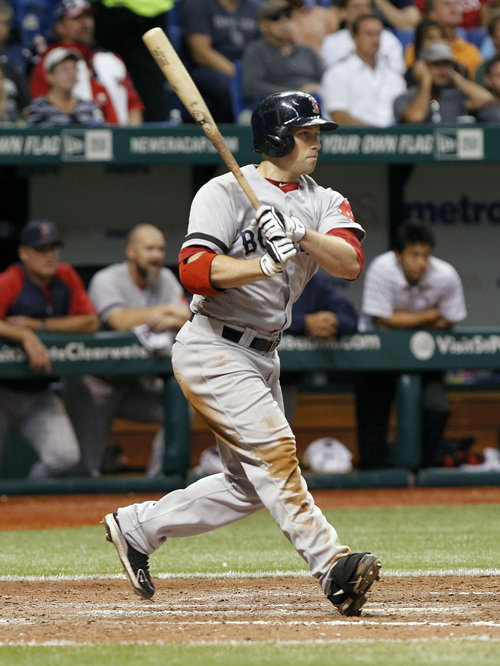 Of course, Berry's main reason for being on the postseason roster would be as a pinch-runner. His speed is something that no one else on Boston's forty-man roster can duplicate. In a late and close game, a guy like him could be huge. However, I'm not sure it's worth taking up a roster spot for that specific of a player, especially since Bradley isn't exactly a bad base runner. While he doesn't have Berry's pure speed, Bradley has tremendous instincts on the baseball field, and uses that to his advantage on the basepaths. He can steal some bases if he needs to, though it's not his strongest quality. As a minor leaguer, he stole 31 bases in 47 attempts (66 percent), and has successfully stole the bag in his only big-league attempt. What he excels at, though, is taking the extra base, which could be just as valuable. In a late-inning spot, Bradley could come in for a runner at first and be trusted to make the right call as to whether or not to try for third on a single, or home on a double.

As the more well-rounded player, Jackie Bradley makes much more sense for this team's playoff roster than Quintin Berry, who would be around strictly for pinch-running purposes. With only 25 spots to play with, it's probably not the smartest idea to keep one for such a one-dimensional player, especially with such defensive liabilities as Carp and Jonny Gomes (and even Nava if he's forced to play right) on the team. The hope is that this last spot won't be of much consequence anyway, and if Victorino and Ellsbury can stay healthy then it won't be. But that's a hefty risk for management to take, and Bradley's abilities makes him both the safe and smart choice over Berry.