While the slugger should be able to sign this off-season, it's not a given that's a great thing.

The Red Sox could potentially sign Cuban free agent Jose Dariel Abreu this off-season in the hopes of having their first baseman of the future locked up. That all depends on what their scouts think about him, though, and if Boston's scouting corps is anything like that of these anonymous scouts who spoke with ESPN's Jerry Crasnick, opinions could be split.

Read More: Who should be on the Red Sox playoff roster?

No one doubts that Abreu has prodigious power, but it's the rest of his game that's in question. He's not much of a fielder or a baserunner, with the nicest thing said about his defense being that he could surprise people with "solid" play at first. First base would be the only position for him, too, putting serious pressure on his bat.

Can he hit enough in the majors to stick there and justify the paycheck he'll likely receive? That seems to be up in the air.

Multiple scouts used the term "slider-speed bat" in reference to Abreu. Translation: He might be challenged against pitchers who can crowd him with fastballs on the inner half of the plate.

As Crasnick and scouts go on to explain, this basically means that Abreu might be totally helpless against opposing clubs' ones and twos, but should do his damage against the mid- and back-end starters. Of course, this also suggests he'd be something of a drag in the lineup against relievers who can bust a batter inside with authority, and there are quite a few of those around, almost exclusively in late and important situations. 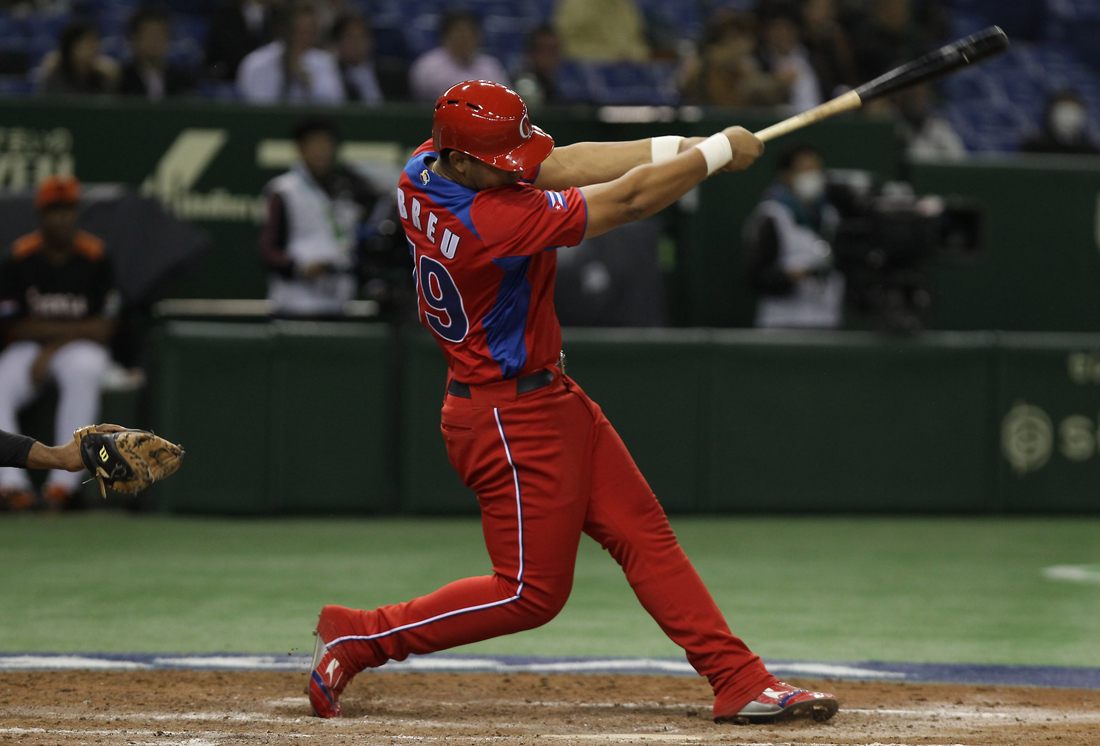 He's compared to fellow Cuban Dayan Viciedo in terms of both his power and what kind of hitter he could be -- the 24-year-old Viciedo has spent four seasons in the majors and hit .264/.306/.432 with a 96 OPS+ in that stretch. He's also said to have more power than Cuban-born Kendrys Morales, though, Morales is the superior hitter of the two. Those comps paint a picture that's possibly far from what's necessary at first base, and presumably would come at a much higher price tag than even the $42 million Yasiel Puig pulled in from the Dodgers last year.

Of course, that "much higher price tag" is more of the dream of Abreu's agent than any teams:

One scout suggested four years and $32 million as a reasonable expectation for Abreu, but wouldn't be surprised if he gets $10 million a year.

The same scout went on to say that the money given to Yoenis Cespedes and Puig made sense more than it would for Abreu, as they can help out defensively and on the bases even in games where they aren't racking up hits. Abreu is far more one-dimensional, with all of the pressure of his contract on his bat, and it's unclear if the bat will be worth it all.

Don't take this to mean he's a bad player or investment, though -- it just depends on the price, as well as Abreu's desire to work hard and improve:

"If he is simply what he is right now, he will probably develop into a middle-of-the-road first baseman with '80' raw power, who guesses and kills mistakes and inferior pitching but struggles against top-quality guys," the scout said. "That's not a bad floor, actually, and that's the reason why he'll get paid anyway. But he may disappoint the expectations of 'best hitter on the planet' that some have already placed on him."

All it takes is one club to love what they see, and Abreu will get paid. That team could be the Red Sox, and he could certainly justify the expectations and the price. But it's good to step back for a moment and realize not everyone is enamored with Abreu or his future, and that it's not a given that everyone is going to jump at the opportunity to sign the free agent first baseman.