Are the Red Sox the best team in baseball?

The Red Sox have been on an amazing run lately to solidify their spot in the postseason, but are they the game's best team?

Share All sharing options for: Are the Red Sox the best team in baseball?

Coming off of last year's 69-win season, and the previous season's September from hell, Red Sox fans were understandably hesitant to accept that this year's squad was actually good at playing baseball, and wasn't just a mirage. Even well after the All Star break, there were many people who feared to get their hopes too high, just to have them dashed once again by another epic collapse. At this point though, with the team rolling through contender after contender, it's tough not to get excited about this team. It took awhile - and again, it was understandable given recent history - but playoff fever has spread through the city, and the division looks like it should be Boston's. However, that's just not good enough for me, so allow me to push it to the next level. Among the contenders in any given MLB season, the difference between the teams are very small. That being said, there is a solid case that can be made to say that the Red Sox are the best team in baseball.

Obviously, the goal of every team in baseball is to win as many games as possible. And, by the simplest definition possible, nobody has been better than the Red Sox in this area. Their 92-59 record (.609 winning percentage), has a solid lead on the next best record, which belongs to Atlanta (.597 WP%). Beyond that, they currently hold a nine-game lead over the second-place Rays, the third largest lead of any division leader in baseball. Consider though that Atlanta leads by 10 games over Washington, and Los Angeles leads Arizona by a 10-1/2 game margin. While the Red Sox are leading the current wildcard leader, the Nationals are fringe-contenders in the National League, while Arizona is all but out of the race. There is also the consideration that the AL East is the only division in all of baseball with four legit contenders, and the Red Sox have managed to earn all of these accolades while playing a significant portion of their schedule against these teams.

Boston still reigns supreme beyond just wins and losses, though. Since there is a lot of random noise throughout a baseball season, some people prefer to look at run differential to see which teams are truly the best. In this area, the Red Sox are still the best, as their +182 differential is 13 runs better than Detroit, the next best team. A big reason for holding down the top spot is the lineup, who happens to be the owner of the most runs in the game. They have been able to put up so many runs by working the count and getting on base. The team's .350 OBP leads all MLB teams, and their 9.3 percent walk-rate trails only Tampa Bay's. This has helped offset any potential negative effects from their 20.5 percent K-rate, the ninth highest in the game. Looking at their total offensive production, wRC+ (which takes park effects into consideration) rates the group as 14 percent above league average, just one point worse than Detroit's lineup.

To go along with the elite offense, the Red Sox have put together a pitching staff that, while not quite as good as the offense, is still at least above average. As a unit, they've struck out the fifth-highest percentage of the batters they've faced, though that's gone along with also walking the fifth-highest percentage. Put together, the pitching staff has the 12th best ERA and FIP. However, they start to look better after adjusting for the parks in which they pitch, as the team's ERA- is 5th in baseball, and the FIP- is tied for the second best mark in the game, behind Detroit. To aid this pitching staff, they've also put together a team riddled with plus-defenders, and no true black holes - at least when Jonny Gomes is on the bench. 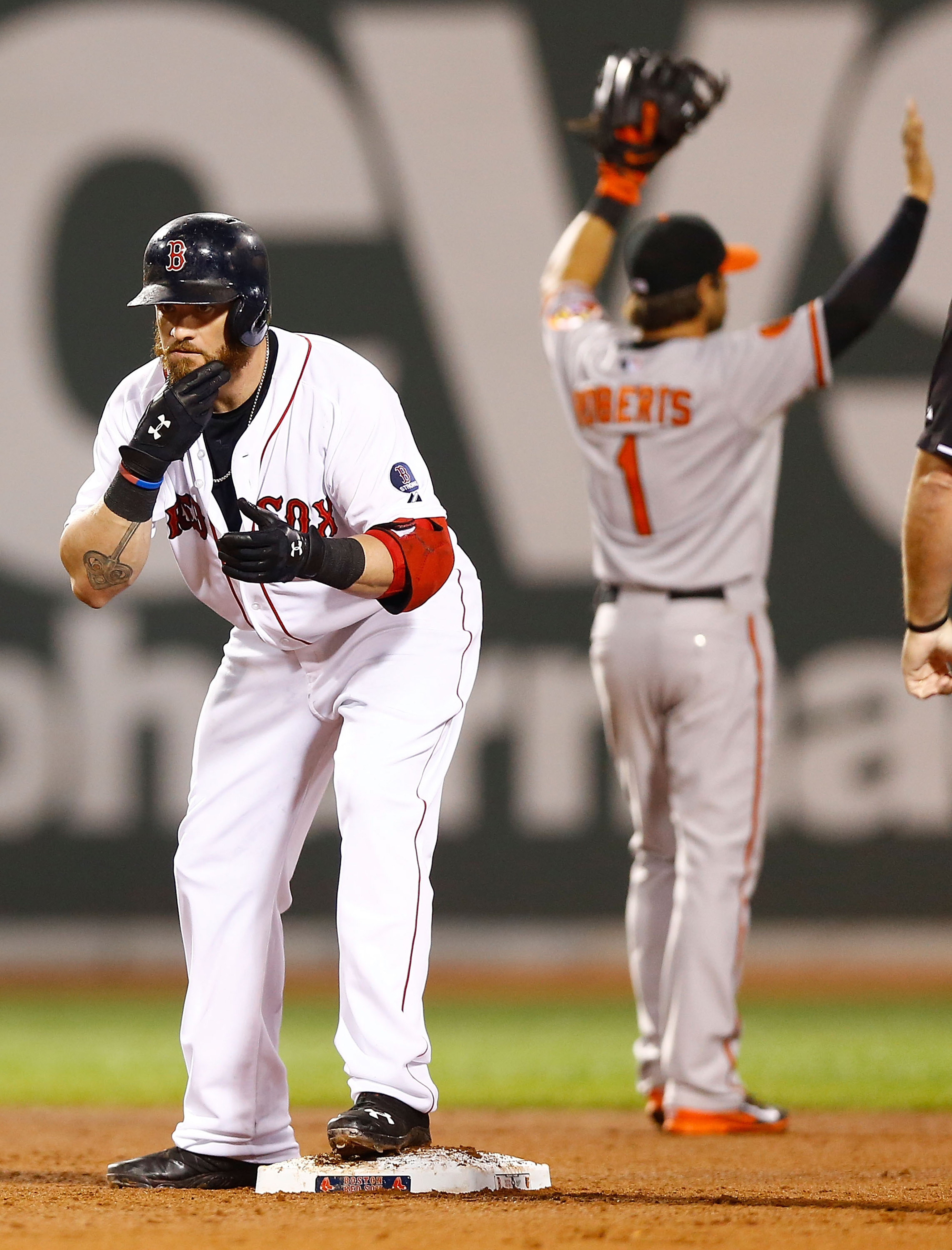 Of course, the Red Sox have been able to get to this point thanks to a tremendous amount of depth, masterfully assembled by Ben Cherington this offseason. This is especially true of the offense. Of the 12 players who have amassed at least 150 plate appearances this year (including Jose Iglesias), 11 of them have been above-average with the bat, using wRC+ as a barometer of this. The one guy who has been below-average is Will Middlebrooks, and all he's done since being called back up from Pawtucket on August 10 is hit .308/.371/.519. Of these same 12 players, all but Middlebrooks can also boast an on-base percentage higher than the league average, which is currently at .318. Finally, even though their power isn't at all their strongest point, they still have four players - David Ortiz, Mike Napoli, Mike Carp and Middlebrooks - who have isolated powers over .200. Jarrod Saltalamacchia isn't far behind, either, at .189.

This depth isn't only in the lineup though, since the rotation can boast six guys who can hold down a starter's spot. Five of those guys - Jon Lester, Clay Buchholz, Felix Doubront, John Lackey and Jake Peavy - have all been above average in 2013. The worst ERA- of that group belongs to Doubront, with a 94 mark, and Peavy's 93 FIP- is the group's worst. While the league-average starter strikes out 18.8 percent of the batters they face, all of the six starters other than Peavy have eclipsed that mark with the Red Sox. As for Peavy, who was acquired at the trade deadline, he has struck out just over 15 percent of his opponents since the trade. However, that number is much lower than what he typically puts up, and his full-season rate is currently a shade above 20 percent. The only blemish on this team is the bullpen, and even that is headed by one Koji Uehara, who just may be the best reliever in baseball this season, and has retired his last 37 batters.

As is the nature of baseball, fans of the Tigers, Braves and Dodgers could also probably make very solid cases for their favorite team to be the best in the game. Once the playoffs start, it doesn't matter all that much, since being the superior team is far from a guarantee of a championship. That being said, the Red Sox could very well have the strongest case for being MLB's best team, and that is nothing to sneeze at. They have an amazing amount of depth, both in their lineup and rotation, and that will go a long way in the playoffs. After their recent history, this is a nice change of pace, and a good step towards raising another flag next spring.