Xander Bogaerts has been named to Baseball America's all-MiLB first team, with Henry Owens and Mookie Betts making appearances on the second team.

It's strange, but looking back on the year as a whole, it's hard to deny that these three are the right choices from Boston's system. Jackie Bradley Jr. was the biggest story back in March as he tore up spring training, and Garin Cecchini ran rampant in Salem, but Bogaerts, Betts, and Owens are the three who have really never come out of the spotlight, even if it took Betts a little bit to get there.

Bogaerts, of course, has established himself as one of the best prospects in baseball with a fantastic season split between Portland and Pawtucket.  Baseball America notes in particular his improved plate discipline, and compares his late-season impact on the A.L. East race to that of Manny Machado in 2012. 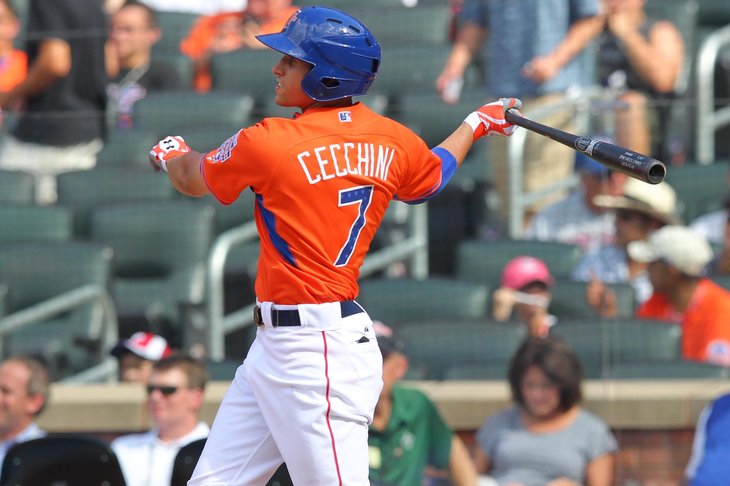 Prospect after prospect resulted in a Carolina League championship, even after promotions thinned things out. 

Owens would have been a great Black Sheep pick heading into the season if he hadn't been everyone's black sheep pick headed into the season. A 4.87 ERA in 2012 belied fantastic peripherals, so when he came into 2013 looking like a man possessed, running roughshod over the competition first in Salem, then in Portland, it wasn't so much a huge surprise as it was simply exceeding expectations.

Then there's Mookie Betts, who is simply insane. If you want your surprise of the year, it's Mookie's OPS jumping by 300 points as he put on the perfect all-around show, hitting 15 homers, stealing 38 bases, and waling 81 times to just 57 strikeouts, finishing the season with a 35-game on-base streak. Some people had Mookie marked as a sleeper, but I don't think even his mother saw this coming.

Of course, none of that should diminish how good Jackie Bradley Jr. and Garin Cecchini are.  Or any of the Triple-A pitchers. Or... well, you get the idea.