Prospect after prospect resulted in a Carolina League championship, even after promotions thinned things out.

As disappointing as Greenville's season was, Salem's was exciting and successful. They took home the Mills Cup, the Carolina League's championship, and did it even though they promoted their most successful hitter and pitcher to Portland during the season. While there will still be prospects at the level in 2013, this was possibly one of the top Salem clubs we'll see for some time, simply due to the sheer volume of talent that passed through in this one summer.

Read More: Where would the Red Sox be without the magic?

Garin Cecchini and Henry Owens were the story in the first half of the season. Cecchini had spent all of 2012 in Low-A Greenville, and while he had a pretty good season, the 22-year-old entered 2013 as a fringe top-100 prospect type, someone who would maybe see an honorable mention here or there. That's all changed now, though, as Cecchini obliterated the Carolina League, hitting .350/.469/.547 with 28 extra-base hits in 63 games. No qualifying player had posted an OPS over 1000 like Cecchini did at the entire level, in which the average player -- a year older than Cecchini -- was at 712. He went to Portland, and while he didn't crush the level in the same way over 66 games, he still impressed with his plate discipline and reached base at least once in all but three of those contests.

10 reasons the Red Sox are better than the Patriots 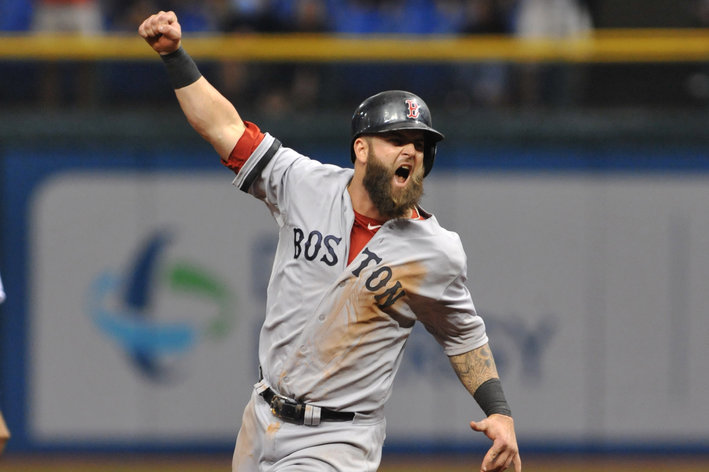 It's September, and you're watching the wrong team.

As for Owens, the muscle and velocity he added turned him into a pitcher with better command, and his swing-and-miss stuff not only survived post-promotion, but thrived. Owens ended his time in High-A with over 19 consecutive no-hit innings, essentially forcing him from a level in which he had nothing left to learn. Like with Cecchini, Owens found success in his first taste of the upper levels, and is likely to begin the 2014 season there to continue his education.

These two weren't the only ones to see a bump to Portland. Shortstop and 2012 first-round selection Deven Marrero ended up a Sea Dog before season's end as well, and while his numbers aren't as eye-popping, he's a shortstop who managed to hit at the expected level for the position, and his glove is the primary focus of his production, anyway. He didn't hit the ground running in Portland the same way Cecchini and Owens did, but with Xander Bogaerts taking hold of the shortstop slot in Boston for the foreseeable future, Marrero has plenty of time to take a leap, anyway.

Players who stayed in Salem did plenty, too. Sean Coyle, minus a short rehab assignment, was with the Salem Sox all season long, and while he hit just .241, he brought along a .321 on-base percentage and .272 Isolated Power. Henry Ramos had an up-and-down year, but the former soccer player showed some skills and teased a breakout en route to a .252/.316/.416 season. Blake Swihart brought himself back into the top-100 prospect conversation, as the switch-hitting backstop caught a career-high 101 games, hit .298/.366/.428, and threw out a Carolina League-leading 42 percent of would-be basestealers. 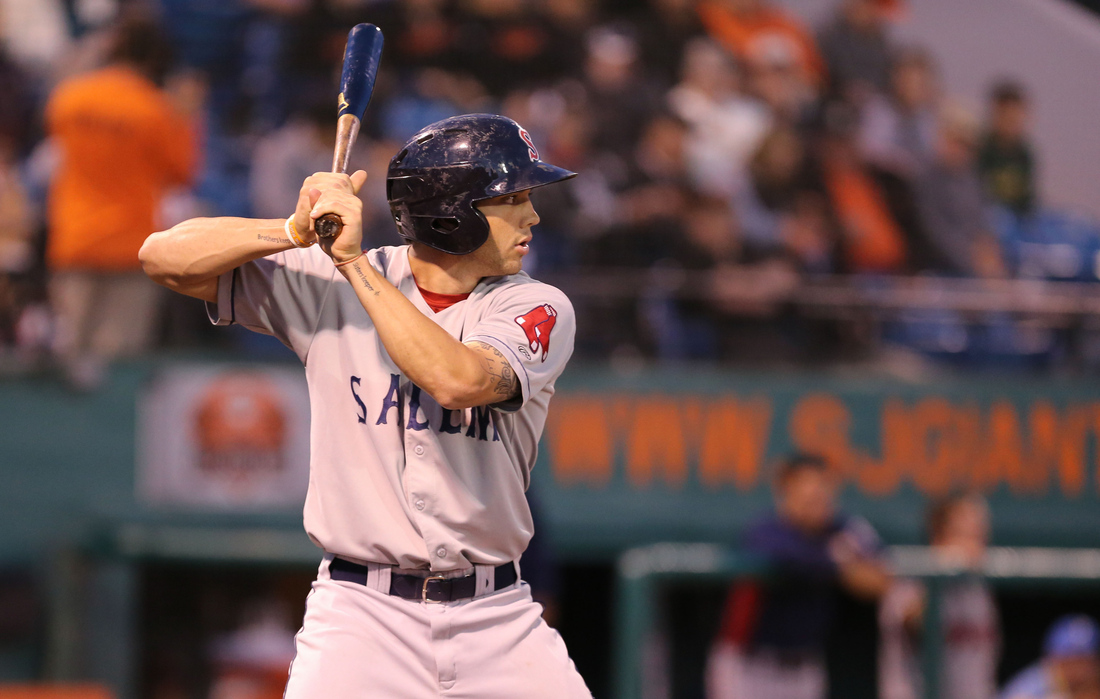 Let's not forget what Mookie Betts did after his arrival in Salem. Betts, after turning it on at Greenville, ended up hitting .341/.414/.551 with 22 extra-base hits and 20 steals in 22 attempts over 51 games. He walked more times (23) than he struck out (17), reached base in his final 35 games (including the playoffs), and did all of this as a 20-year-old who earned a mid-season promotion. He'll likely begin 2014 at Double-A Portland as a 21-year-old, and if he keeps it up, this second baseman is going to need to find a new position soon.

The pitching did their part even after Owens departed for Maine. Mike Augliera, Boston's fifth-round draft pick in 2012, had stretches of success that made the idea of him as a big-league reliever someday very believable. Brian Johnson threw just 11 innings at the level, but they were strong ones, lending credence to the idea that Salem will be a brief stop for him in 2014. Miguel Pena and Noe Ramirez, both likely future relievers, showed promise with Salem and found themselves in Double-A before the year was out. Besides Owens, there were no significant starting pitching pieces here -- Johnson barely stopped in, and he's a back-end arm most likely -- but Salem still managed to develop some potential big-league pieces for the mound.

Salem didn't have Xander Bogaerts, like they did in 2012, but they didn't need to: instead, they had Owens, Betts, Cecchini, Marrero, Swihart, Coyle, Aguilera, Johnson, and more. The star power might not be the same, but if you're just talking in terms of future big-league players, Salem more than held their own in 2013.