Where would the Red Sox be without the magic?

It's been a tremendous season for the Red Sox thanks in no small part to just about all of Ben Cherington's offseason moves paying off in one way or another. But what if they hadn't? Where would the Red Sox be then?

Share All sharing options for: Where would the Red Sox be without the magic?

The plan for the Red Sox this year was simple, and familiar: low risk, high reward. We're enjoying the high reward side of things right now, but what if we hadn't? In this article, we're going to focus instead on the low risk side of things. Where would the Red Sox be if the free agent signings had flopped, and the season was not quite so magical.

The Red Sox will play the Rays tonight in a game that means more in terms of morale than it does to the standings. Boston, after all, is 73-74, and while that doesn't leave them so many games back in the wild card race, there are so many teams between the Sox and a playoff spot that I think we have to acknowledge that there's no miracle run coming for us.

Yes, I'm calling it: the Red Sox' 2013 season is dead as of September 12. It's time to acknowledge that Ben Cherington's gambit to turn the 2012 mess into a 2013 contender failed. Mike Napoli is completely washed up, Shane Victorino and Stephen Drew can't stay on the field, Ryan Dempster isn't even in the rotation anymore, and a good reliever on a mediocre team can only do so much.

So where does that leave our Red Sox headed into 2014?

First base is a problem that needs to be solved. Some have suggested that Daniel Nava might be able to start there if the Red Sox were to re-sign Jacoby Ellsbury, but that seems a bit too much like the plan that left us with Daniel Bard in the rotation and Bailey and Melancon in the bullpen in 2012.

The rest of the infield, at least, seems pretty set. Will Middlebrooks has at least done enough in these last few weeks that he'd be a reasonable option heading into 2014 even if we didn't have Jose Iglesias at short and Xander Bogaerts set to take over at third. Less certain, however, is Jarrod Saltalamacchia's place on this team. Is he set for a qualifying offer? Can the Sox afford to upgrade with other holes to fill?

One of the biggest questions is what the Red Sox do in right field. If Jacoby Ellsbury leaves, then Jackie Bradley Jr. and Daniel Nava will take center and left respectively, with Jonny Gomes presumably staying on as a platoonish bat for the rest of his contract, even if he hasn't been the best at that. But do the Sox really trust Shane Victorino to stay on the field? 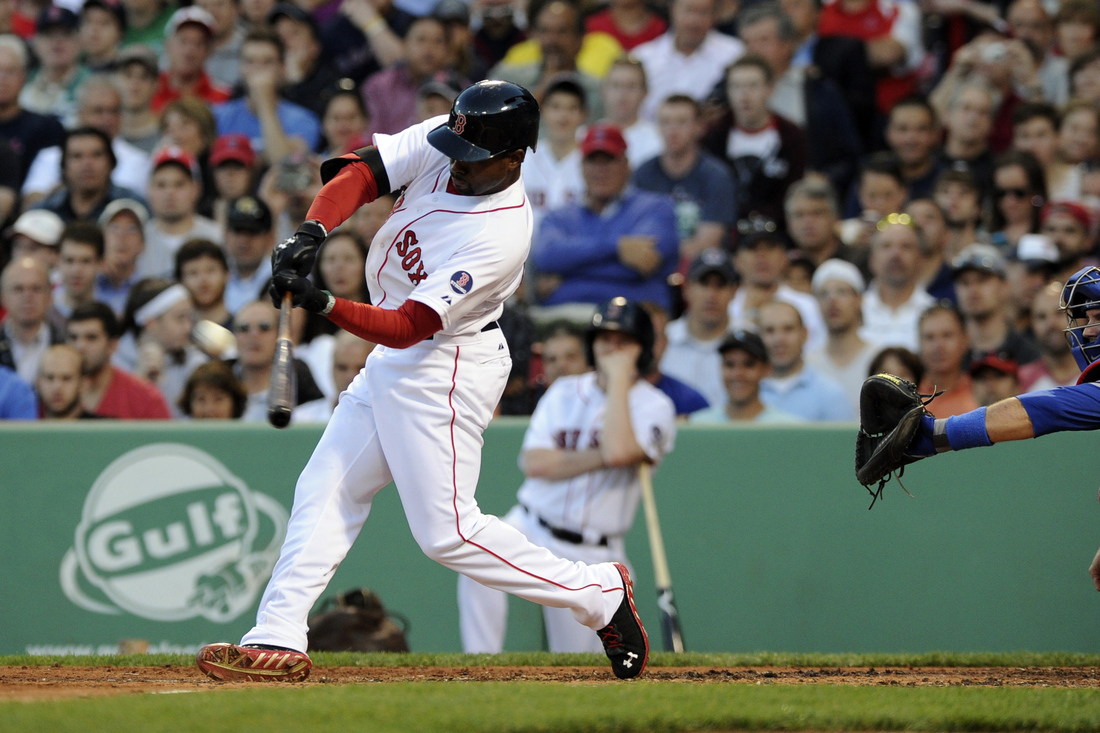 It all sounds a bit terrifying, but the situation really isn't so bad. The rotation, after all, seems pretty set. Lackey, Lester, Buchholz, and the new-and-improved Doubront is a fine top-four, and Brandon Workman has been convincing in his time with the team. Throw in plenty of minor league depth and there's no reason the Sox should have to spend there.

So that leaves us with questions in right field, at first base, behind the plate, with the bullpen a consideration after other areas have been answered.

Normally, a team which sees its free agent signings go as badly as Boston's have this year is in trouble. Look at the Angels, with Josh Hamilton weighing down the organization like a lead weight. Boston, however, will go into 2014 with quite a bit of money to spend, and interesting prospects coming up to fill holes. The question is whether they go all-in on talents like Brian McCann and Jose Dariel Abreu, or try to spread it out again with lower risk signings as they did this year. No, it didn't end up working out in that the Sox aren't headed to the playoffs, but it did work out in that 2014 is still looking just fine.

Remember, that's what this year was all about. 2010 was the season infamously called a "bridge year" by Theo Epstein, but this has been a bridge year in truth. The Red Sox put together a decent team without risking the future much, and in doing so even found some answers in-house. Felix Doubront, for instance, seems ready to fill a rotation spot for years to come, and if Daniel Nava is no spring chicken, it's hard to doubt that he's for real after a season like this one.

And now here come the prospects. Xander Bogaerts will be Boston's shortstop in 2014, Jackie Bradley the center fielder. Brandon Workman will likely start as the fifth man in the rotation, and there's some very impressive talent pushing in or heading to Triple-A in Rubby, Webster, Ranaudo, Cecchini, Owens, Barnes...maybe Bryce Brentz and Christian Vazquez even play roles, who knows? That could help provide insurance in the one real problem area in right field.

This hasn't been a season to remember, but the Sox are absolutely moving in the right direction, and even if the plan hasn't produced immediate results, in the context of the bigger picture, it's working just fine. This team is only headed up.