10 reasons the Red Sox are better than the Patriots

It's September, and you're watching the wrong team.

Share All sharing options for: 10 reasons the Red Sox are better than the Patriots

You are forgiven if, on a Sunday afternoon, you watch the Patriots instead of the Red Sox. In a football season one-tenth as long as that of baseball, it's simple math, but make no mistake: The Red Sox are the most important team in New England, hands down. Here's why.

10. These Pats are the only Pats. It may seem inconceivable to fans of a certain age, but the Patriots have sucked pretty hard. So have the Red Sox, of course, but a football team's suck is a particularly noxious suck. When the Belichick/Brady run ends, what happens to the Pats? Do they continue to win, or do they fall apart? Probably the latter. A team can always dumb into an Andrew Luck, like the rebuilding Colts, but they're more likely to become the Cowboys or 49ers, flailing for years before righting the ship enough to breathe. The Red Sox can be built to last. The Pats can't, which wouldn't matter, if the end wasn't nigh, maybe not today, maybe not tomorrow...

9. Fenway. Football stadiums are terrible in general, and attending football games is something like being let into the hippo pen at the zoo, but even correcting for all that, Fenway owns Gillette pretty damn hard. You could go to a full Red Sox game in the time you spend in traffic to and from a Pats game. 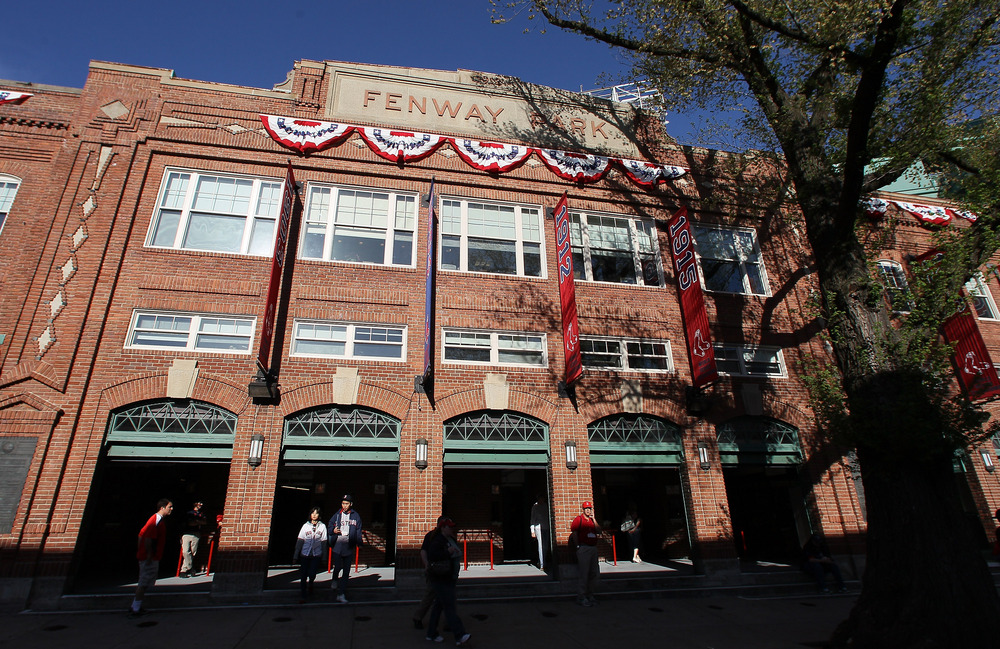 8. The logo. If Pat Patriot was the Pats' main logo, they'd have an argument, but the Flying Elvis has nothing on the traditional Red Sox "B" and the dozens of colorful variants of such you can find on a cap at any fine New England sports retailer. If you can't find a Patriots hat you like, it may not exist; if you can't find a Sox cap you like, you're not trying hard enough.

7. Economic stimulus. I'm guessing the 2003-2004 Red Sox personally contributed more to the steroid economy than the 2003-2004 Patriots could have ever dreamed of. We're a capitalist nation; it's gotta count for something.

6. Orsillo and Remy. Jerry Remy's off but not forgotten; for Sox fans, this duo is unstoppable. They plainly love their jobs, and they're good at them. The Pats have no dedicated TV announcers, and while I love Gil Santos like a fat kid loves cake, the Sox plainly get the edge here, again. 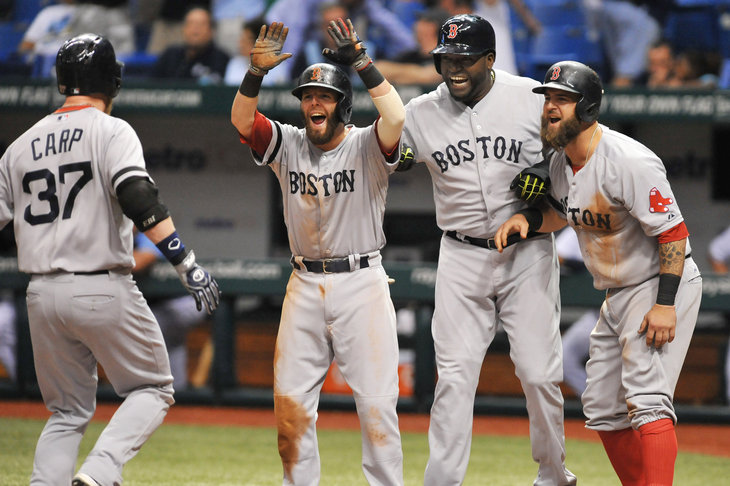 Go, Magicarp, and be super effective.

5. Baseball isn't a sport that tests the limit of morality simply to watch it, because while career-and-life-threatening injuries certainly happen from time to time, they happen at a fraction of the pace at that of football, barbaric as it is. This one is growing on me. I've known it intellectually for years, but now I'm starting to feel it as I watch, I can't be the only one. The concussion stuff is only going to get worse before it gets better. Who knows what football will look like in 10 years? Not me. But I know what baseball will look like. It will look like baseball.

3. Any Red Sox game on any day. I'll admit that I watch less baseball in September than in April. But even last night, in a season like this, can be a revelation. A 10th-inning Grand Slam to win a game on a random Wednesday night? To extinguish, more or less, the team that snuffed you out two years ago, in epic fashion? Dang. Football games can't sneak up on you. NFL Primetime and a week's worth of previous make sure of that. Baseball games do, even when they shouldn't, every damn day.

2. Fenway Franks. Just the idea, as a kid, that I could eat Fenway Franks in my own home blew my mind. Licensed pig butts! Nostalgia! Ketchup!* SOX!

1. Pedro. The Red Sox had Pedro Martinez in his prime and Pedro works for them now and he is still Pedro and that's the end of it. Pedro is the best ever, in every way. Like the outfield when he was pitching a gem, the defense rests.

*If you do not take ketchup on your hot dogs, I do not want to know you.