His resurgence has made him a valuable piece of the rotation once more, and Boston can keep him another year.

Share All sharing options for: Red Sox to pick up Jon Lester's 2014 option

The Red Sox are reportedly prepared to pick up Jon Lester's option for 2014 assuming he finishes this season healthy, according to the Sporting News' Anthony Witrado. MLB.com's Ian Browne reports that, while the Sox won't make a definitive decision on the option until after the season, it's a "no-brainer" if Lester is healthy. 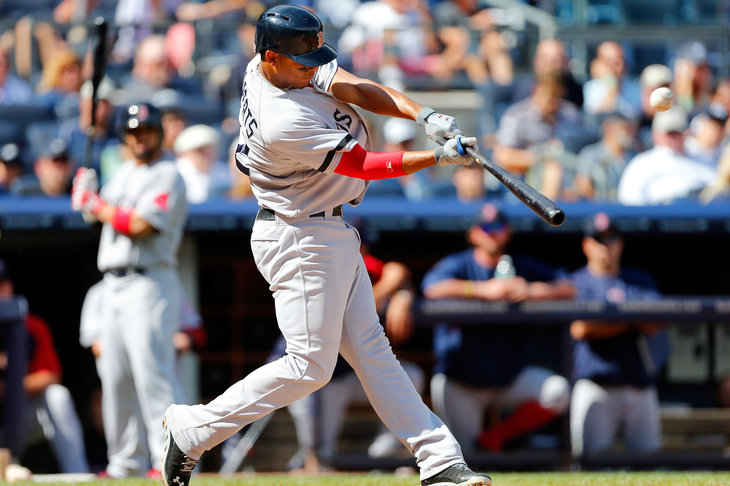 It was a serious shot, and you can watch it again and again in video and GIF form.

Lester has had a far better season than it looks like from his overall numbers, and those are pretty good. The lefty owns a 107 ERA+ this year, has struck out 2.6 times as many batters as he has walked, and has already thrown 193 innings on the year with a handful of starts to go. The thing is, he's been more accomplished than that in all but a few of his starts: a three-start stretch in June, where Lester's mechanics were out of sorts, saw the southpaw give up 17 of the 83 total runs he's allowed in 2013. Cutting those innings and runs out of the equation drops Lester from a 3.86 ERA to 3.34. It's not quite ace-level work even after forgiving him for the rough patch, but it's high-quality pitching that's helped the Red Sox to their 7.5 game lead in the AL East as of Tuesday.

The 2014 option is only for $13 million, and would complete the five-year, $30 million extension Lester signed back in 2009 by making it a six-year, $43 million deal. A $13 million price tag is cheap for a pitcher who could very well be a reliable number two starter: Boston's Ryan Dempster signed a deal that pays him $13.25 million both in 2013 and 2014, and he was expected to be a back-end/mid-rotation option -- as of right now, $13 million would only make Lester the fourth-richest rotation member next year.

Picking up Lester's 2014 option would keep him from becoming a free agent, and would in turn keep the Red Sox from offering him a qualifying offer and receiving draft pick compensation should he leave. That can all still occur after 2014, though, assuming the Red Sox don't re-sign Lester instead.