He's been out with a concussion for nearly two months, but he's been cleared to take the field by a specialist.

Red Sox catcher David Ross has been on the disabled list with a concussion since June 18, but he's set to begin a rehab assignment at Double-A Portland on Friday, according to Evan Drellich. For Ross, it's the second concussion of the season, both coming on foul tips that struck him in the head, but he should be able to move forward now, at least according to a concussion specialist.

Give me more Jonny Gomes 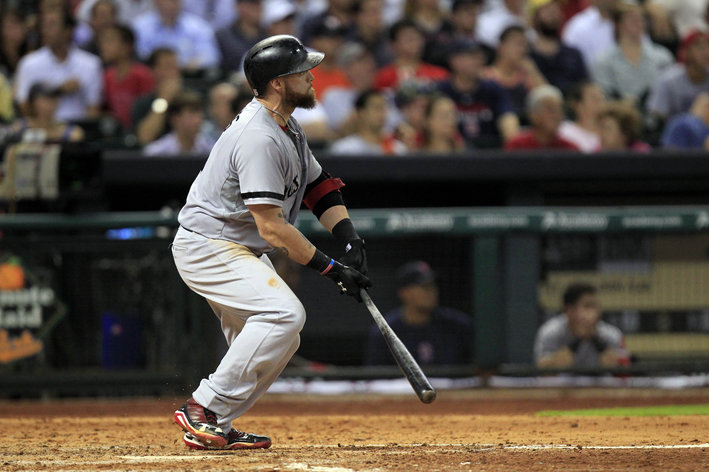 I started the year skeptical of what Jonny Gomes would bring to the Red Sox this year, but I've been proven wrong, and now want even more of the outfielder.

Michael Collins, the concussion specialist whom Stephen Drew visited earlier in the year for his own concussion, gave Ross the go-ahead to take the field once more. This is significant news for Ross, of course, but also a boon to the Red Sox, who have been playing Jarrod Saltalamacchia nearly as much as he physically can take in Ross' absence. Ryan Lavarnway, the backstop called up from Pawtucket to take Ross' spot on the roster, has caught just 11 of 42 games for the Red Sox since Ross went on the disabled list, with Salty shouldering the entire rest of the load, including both ends of a doubleheader.

Lavarnway has hit all of .250/.298/.365 in 16 games this season, and has had trouble defensively behind the plate as well. Ross, of course, was signed for both his bat and his exceptional play as a backstop, so getting the Red Sox back in a good place in that regard will be a boost to them down the stretch as they fight for the AL East.

It might take some time for Ross' bat to come back to its expected level -- see Stephen Drew's first few weeks of struggles for a reminder of that -- but with any luck, the extra time off afforded him by the 60-day DL stint has allowed him time to literally clear his head. As it is, he won't be eligible to return to the Red Sox until August 17, so he'll have time to work things out in the minors until then.