Give me more Jonny Gomes

I started the year skeptical of what Jonny Gomes would bring to the Red Sox this year, but I've been proven wrong, and now want even more of the outfielder.

Share All sharing options for: Give me more Jonny Gomes

I've said it many times before, but Ben Cherington deserves all the credit in the world for what he was able to do with this roster over the offseason. He brought in the perfect types of low-risk players on contracts that wouldn't cripple the future of the franchise. However, when all of the signings were going down and most people seemed to be focusing their negative energy towards the Shane Victorino deal (which has looked very good in year one), my biggest problem was bringing in Jonny Gomes on a two-year $10 million contract. I didn't like the idea of bringing in an aging platoon bat for two years, despite the fact that the money was very low. I also felt as if people were overrating what his clubhouse presence would mean. I was expecting to be annoyed by minimal production combined with obnoxious antics. Well, almost midway through August of the first year of his contract, I'm ready to say I was completely wrong. I am totally and completely on board with Jonny Gomes on the Red Sox. In fact, I want to see more of him.

For starters, Gomes has been a very good hitter this season, even despite a lower-than-typical .283 batting average on balls in play. Currently, he is hitting .237/.339/.437 for the entire year, which is good for a 111 OPS+ in 254 plate appearances. He's been able to keep a high level of production even with the low batting average by walking in just over 12 percent of his plate appearances, and hitting for power. His .202 isolated power only trails David Ortiz and Mike Carp among Red Sox players with at least 100 plate appearances this season. A lack of right-handed power has been a complaint from the fan base recently, but Gomes has been able to provide that this season. An even more interesting development has been a lack of a major platoon split for him this year. Known as a lefty-masher who should typically sit when a righty is on the mound, he has a .821 OPS against same-handed pitchers as opposed to a .748 OPS versus lefties. Now, that will likely regress a bit both ways, as his BABIP against righties is .324 while it's at .243 with southpaws on the mound. Still though, the fact that he's been able to hit right-handed pitching is more reason to include him in the lineup more often.

Right now, there aren't many reasons not to give Jonny Gomes the majority of the time in left field. John Farrell has been a proponent of sticking with the hot hand this season, with the best example of this being when Jose Iglesias continued to play third base for Boston while Will Middlebrooks was sent down to Pawtucket, where he remains. This move paid off, too, as the team sucked a good amount of value out of Iglesias while he was here, and that production was assumedly at least part of the reason the Tigers took him in part of a deal that landed the Red Sox Jake Peavy. As of this moment, Gomes is the hot hand in left field. While Daniel Nava has been the most productive hitter between him, Gomes and Mike Carp, this has not been the case in the past 30 days, a span in which Gomes is the clear winner of that group. In that time, Nava is hitting just .196/.327/.239 (65 wRC+), while Gomes is at a clip of .255/.379/.574 (152 wRC+). For what it's worth, Carp is directly in the middle with a 101 wRC+.

In addition to that reasoning, there is also the issue of Carp and Nava having more versatility, therefore making it easier to get them in at other spots to keep their playing time up. The former can play first base, and a platoon with Mike Napoli may make some sense given the starting first baseman's recent struggles. Nava can also play some first base, as well as right field should Shane Victorino need a day off. It shouldn't be too tough to get all three their reps without sacrificing Gomes' current hot streak. 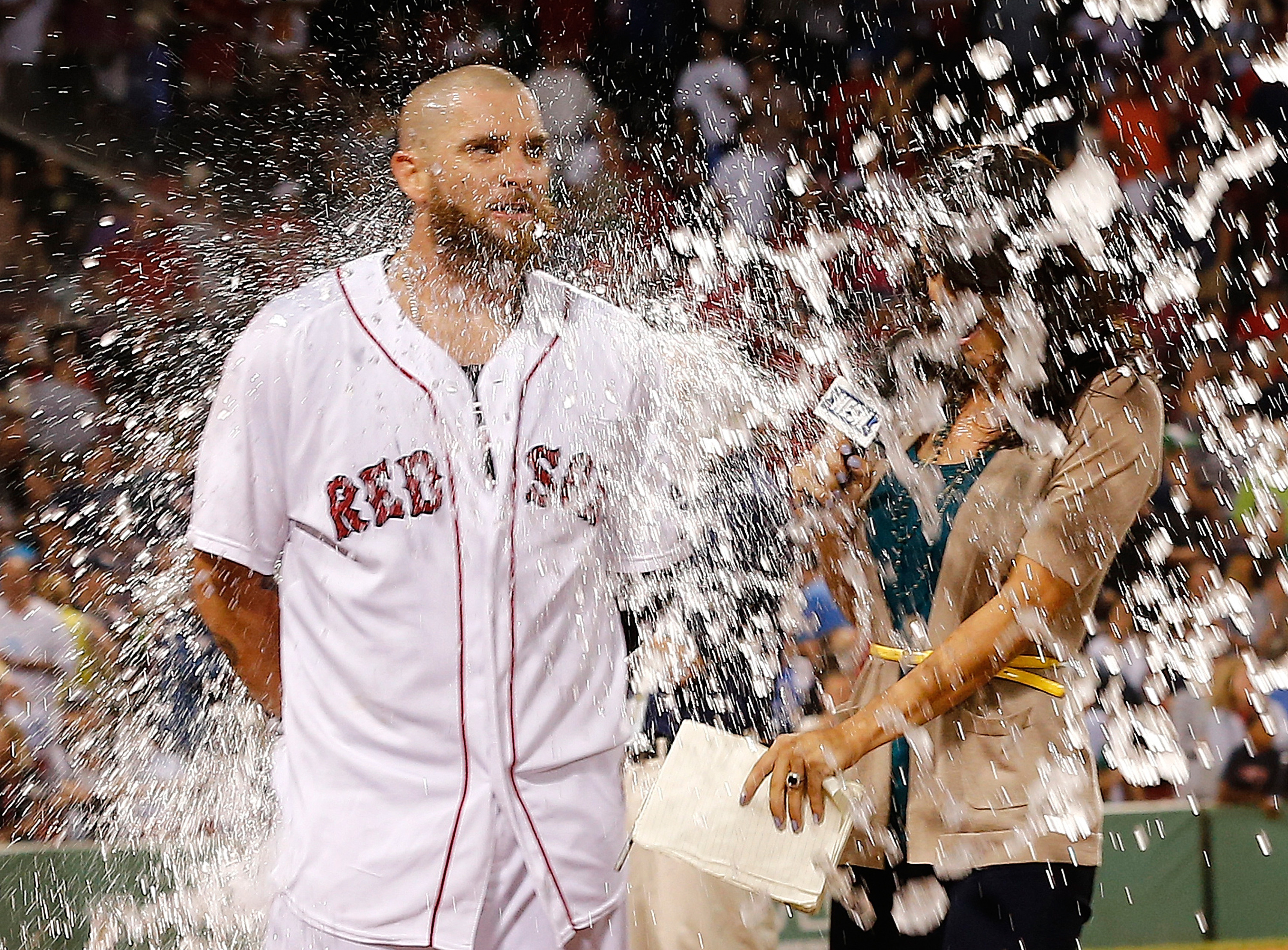 There is also the issue of Gomes' heroics at the end of games this season, an attribute which has led to things like this. In the final three innings of games this year, he is batting .273/.408/.481 (.889 OPS), easily his best third of the game for this season. Even better, he's hitting at a .283/.400/.543 (.943 OPS) clip in high leverage situation. His ability to get big hits in big situations has been absolutely incredible, and it lends credit to the idea that he should be getting at least one plate appearance in every close game for the stretch run, regardless of whether he started the game or not. 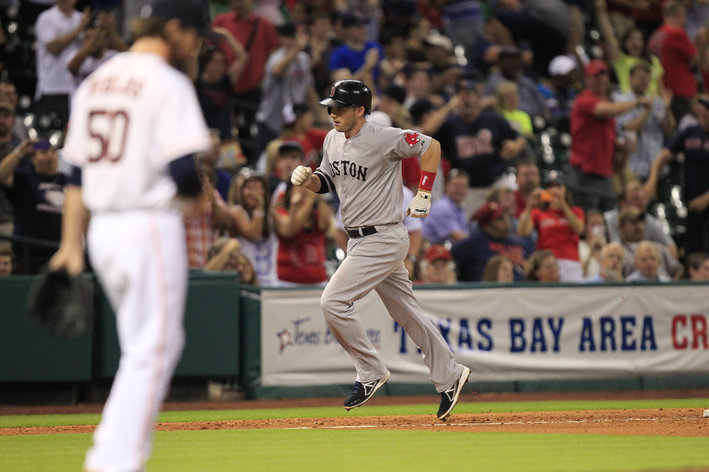 The Red Sox were down in the top of the ninth, but Stephen Drew fixed that with one swing.

Of course, I'd be remiss if I didn't mention Gomes' defense, which is far from spectacular. It seems as if every fly ball to left field is an adventure. That being said, he does wind up making the catch even after his adventurous routes, last night's error notwithstanding. The Red Sox also have the added luxury of playing their home games at Fenway Park, a place that made Manny Ramirez look like an average defender for years due to it's small left field dimensions. Plus, it's not as if Nava and Carp are Gold Glovers in the outfield.

I've changed my mind on Jonny Gomes, but as of now I am completely on the bandwagon. His antics combined with production leave me wanting more from the bearded outfielder. His bat has been especially hot over the past month or so, giving Farrell all the reason in the world to put him in the lineup as much as possible. With his late-game heroics added to that, there isn't much reason to play any close games without Gomes making an entrance. Right now, I can't get enough of him, and it's because of the play on the field. His wild personality is just an added bonus.