On Daniel Nava and baseball players as people

It's true, they are people with emotions and feelings and babies and lives, just like us.

Share All sharing options for: On Daniel Nava and baseball players as people

Good Morning America couldn't get enough. Golfer Hunter Mahan was winning the Canadian Open and was taking practice shots for his third round when he got the news that his wife was in labor with their first child. He walked off the course, away from the $1 million purse sitting 36 holes away and into the simple-to-understand narrative of the well-prioritized white family man, which GMA ate up. Two days later, Josh Elliott had a live interview with Mahan, his wife and his baby girl, who didn't contribute a word. Layabout.

This is the "real life intruding on sports" example at its simplest and most easily digestible. When Charles Tillman left the Chicago Bears to be with his wife for the birth of their first child, Pro Football Talk impresario Mike Florio said some typically dumb shit about him quitting on his team, which prompted a backlash on Twitter, and a great column by Bobby Big Wheel. To boil it down: Of course Tillman was okay to leave the Bears for the birth of his first child. For all the overwrought talk of what it takes to "be a man" that crops up when you start fiddling with the situational knobs on the Mahan story, it doesn't change the fact that men are permitted to be present for the birth of their children.

Daniel Nava's on paternity leave this week; between his decreased playing time and the official onset of the dog days, it'll pass without much of a second thought. Heck, Dustin Pedroia ran off the field last September when his wife went into labor; the precedent for the Red Sox has already been set. There is, thankfully, no stupid controversy over Nava outside of the one Jim Bowden started:

Good luck with that.

Following baseball, and advanced stats in particular, can often feel like the scene in The Truman Show when the young Truman Burbank tells his "teacher" that he wants to be an explorer -- ripping down a world map from near the ceiling, the "teacher" explains that there's no point in leaving home, because all of Earth has been discovered. This isn't quite true: There are parts of several ecosystems, like the Panamanian jungle and the cold depths of the sea, that we still know little about, and these places are, unsurprisingly, teeming with life. The places that are hard for us to get to are the most dynamic because we can't get there.

When things go wrong for baseball players, we may think we have all the answers, but this is an argument we might not. John Lackey's move, his wife's cancer and his divorce were huge life events even before he was clobbered by the late 2011 Red Sox, and look at him then and now; J.D. Drew came to the Red Sox and couldn't do anything in his first season until a key grand slam, and we only later found out his kid was consequentially sick; the next two years his OPS was over 900. These things matter, even if it's unclear how much: There's an argument they could make someone better by increasing their focus on the game, as it did with Mahan. In baseball it's different strokes, and BABIPs, for different folks.

Why did the Red Sox start Steven Wright over Brandon Workman? 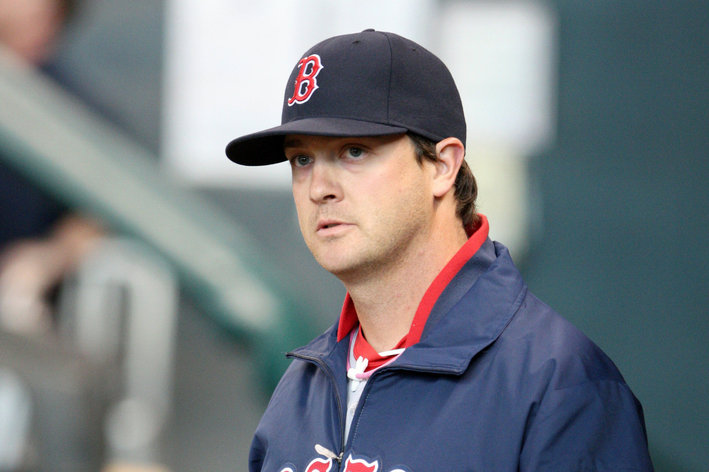 Steven Wright lasted just one inning before the Red Sox had to turn to Brandon Workman out of the bullpen. So why didn't Workman just start in the first place?

There's no question Nava is an above-average baseball player when he's right. I thought his All-Star campaign was overwrought, but even if it was, his regression has been so as well. The Red Sox are good enough to absorb his lost playing time, but he'd be a fine addition to pretty much any night's lineup. Knowing what we do now, it's possible that between the physical rest he grabbed from his lower playing time and the mental rest of having the delivery over with, he'll be able to overcome "new dad" fatigue to put together a nice September: The pro baller's sleep schedule is such that a late-night feeding can be done before they even go to bed.

All of this is guesswork, of course, (I don't even have kids) but it's all just a reminder that games take place among human beings, and not their FanGraphs stat pages. It is the fog Bill James wrote about come to life: You don't know if it's a scary monster or a nice one until you meet it, and it either squashes you or shelters you to a warm sports bar. I don't think Nava will play well in September because of some mystical force of infant; I think he'll play well because he's good and he's gone through regression both natural to the game and life, and he's ready to take a step back. For all the importance we place on birthdays, it's really a bigger deal for the parents than it is for the kids, who don't remember shit. Changes are what make life, well, life. The day people become parents is the day they're reborn by proxy, the strings to their old life are cut, whether or not those strings were holding them in place or holding them back.