Red Sox target Miguel Alfredo Gonzalez back on the market?

Miguel Alfredo Gonzalez' deal with the Phillies may fall through, leaving the Red Sox free to take another shot at the major league ready pitcher.

Share All sharing options for: Red Sox target Miguel Alfredo Gonzalez back on the market?

Miguel Alfredo Gonzalez' deal with the Phillies is in jeopardy, reports MLB.com's Todd Zolecki, meaning the Red Sox could get a second crack at the major league ready starting pitcher:

A source indicated to MLB.com tonight the two parties had hit a snag since word quickly spread July 26 the parties had agreed to a six-year, $48 million contract that included an $11 million option for 2019.

The reason behind this hold-up is unclear, but Zolecki mentions that Gonzalez' elbow could be the culprit:

Since the agreement late last month numerous reports have mentioned scouts with questions about Gonzalez's elbow. He had bone spurs removed from his elbow sometime within the past two years, although it has been written he had made a full recovery.

Of course, the Red Sox were linked to Gonzalez back before trading for Jake Peavy, essentially leaving them with six starting pitchers under contract for 2014 even before considering all their minor league depth. As such, adding another arm to the mix might seem like an odd direction for the Sox to go in. 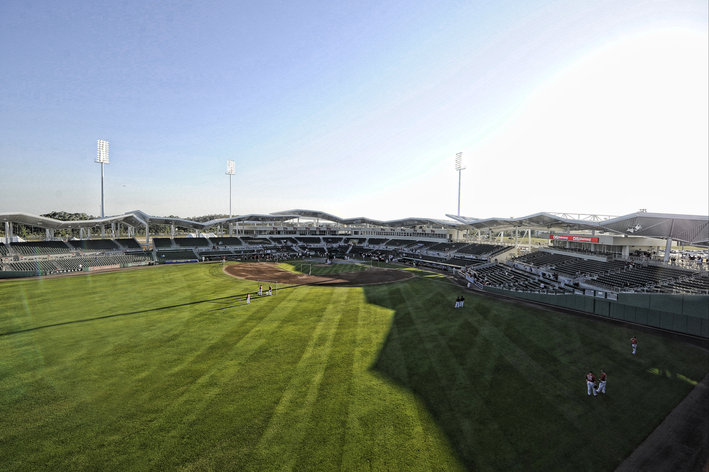 Miguel Alfredo Gonzalez has not been the only international free agent on the Red Sox' radar.

As the old adage goes, though, you can never have enough pitching. And even if the Sox feel that they do have enough, they might opt to sign Gonzalez if they think he's a potential bargain at that price, freeing them up to deal away some of their other starters to fill other holes. The Red Sox were very serious bidders on Gonzalez when the market was open, and some observers thought they might have even sent him to the minors at first.

Now we'll have to see if Gonzalez and the Phillies can work this out, and if not, whether the elbow was the cause. If so, he might come in even cheaper, which could make Boston very interested indeed.