Why did the Red Sox start Steven Wright over Brandon Workman?

Steven Wright lasted just one inning before the Red Sox had to turn to Brandon Workman out of the bullpen. So why didn't Workman just start in the first place?

Share All sharing options for: Why did the Red Sox start Steven Wright over Brandon Workman?

When Brandon Workman stood up and started working in the bullpen all of about four batters into Steven Wright's disaster start against the Astros, it invited an obvious question: why wasn't Workman starting in the first place?

Workman, after all, has done some very good work for the Sox in the rotation. 18 innings of 2.45 ERA baseball with 18 strikeouts and four walks? Yes please! Wright, on the other hand, had yet to make a start for the team, and while he had some success out of the bullpen, it was not hard to imagine there might be some "surprise! It's a knuckleball!" involved. With the Astros fully expecting Wright this time, they were prepared to let him hang himself with ball after ball.

And that's exactly what happened. Three runs in one inning, and Wright was done, and Workman into the game. What's worse, Workman wasn't his usual self, and it's entirely possible that's because he was coming out of the bullpen. Workman, after all, has been a starter his entire career, and looked mediocre in his one other appearance in relief this season.

So why the convoluted double-switch? Well, whether or not you agree with Farrell doing what he did, it's at least not that tough to see where he was coming from. 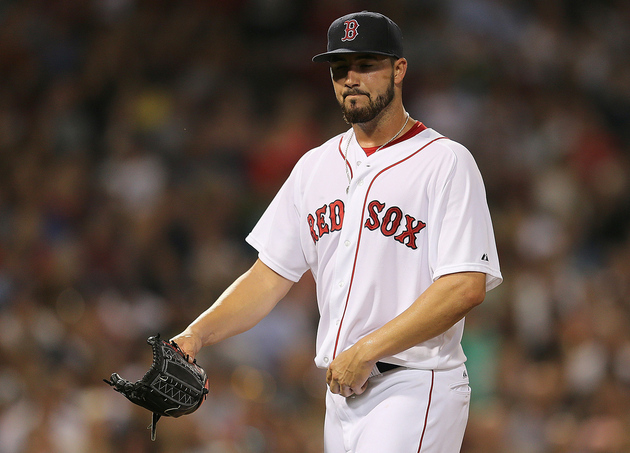 On the one hand, the Red Sox were looking for a spot start, just to get everyone an extra day of rest as the stretch run nears. That's been something they've done for many years now, and with Jon Lester and Ryan Dempster both struggling, that extra day would likely be very welcome indeed. So it makes sense to deviate from the five-man plan. The only question is with who?

The argument for Steven Wright actually ends up being more about Brandon Workman than Wright himself. The Red Sox have a clear idea of what they want from Workman the rest of this season: the long reliever they have struggled to find for the fist four months of the season. His innings total is fast approaching his 2012 total, and with Jake Peavy in and Clay Buchholz eventually coming back, there wasn't likely to be a spot for him in the rotation. So his best way to help the team is to find a place in the pen. 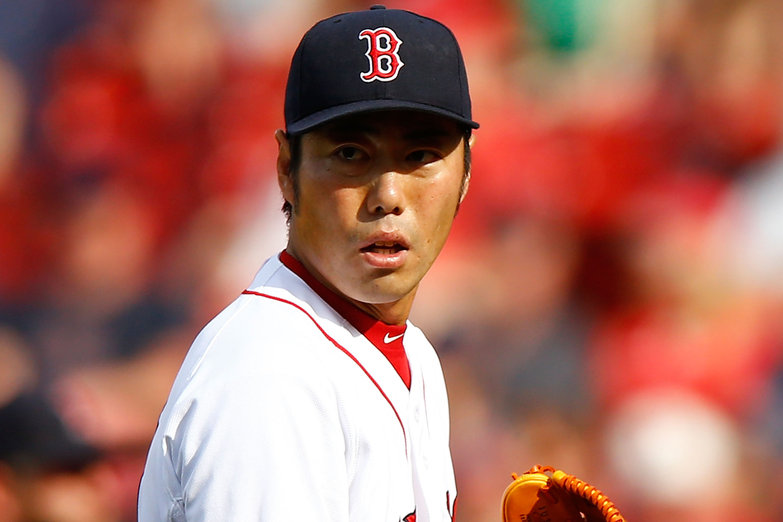 So what does starting Steven Wright get John Farrell?

If Wright pitches well--always at least a possibility with a knuckleballer, if not necessarily a great one--the Red Sox get a good start, probably get Workman a three-inning outing at the end of the game given that the competition is unlikely to keep it close, and get that extra day off.

If Wright pitches poorly, well, what happened last night happens. Farrell makes the move to the pen, and Workman gets his first true long relief appearance coming, importantly, against the Astros, a team which allows an MLB-high 5.5 runs per game on average.

Now, as it happened, the absolute worst came to pass. Three runs in the first, and Workman coughing up six big ones before his night ended. But he did manage to save the bullpen from an atypically long outing, and that first relief appearance had to happen at some point. And, of course, the Red Sox scored 15 runs and won the game! Not, perhaps, exactly as Farrell had drawn it up, but in the end all his goals were accomplished anyway.

Last night might have seemed like a Farrell disaster saved by the lineup, But I don't think the possibility for a night like that was entirely out of Farrell's equation. It's why he made the decisive switch to Workman in the second, rather than trying to get another inning or two out of Wright. If there's one thing he can be faulted for, it's perhaps for putting too much faith in Workman's ability to perform out of the bullpen, but again, that's just part of the plan for the next two months, and at least for now it was worth trying to make the transition in the majors with options so thin.

And all else aside, the Red Sox won, so it's hard to complain too loudly.