He's still with the Sox, in the hopes of joining the big-league club in the coming weeks.

While the rest of the league concerned themselves with Biogenesis suspensions on Monday, the Red Sox waited to hear about the future of one of their players, Ryan Rowland-Smith. The lefty reliever, currently in Triple-A Pawtucket, had an opt-out clause in his contract that would allow him to leave the Red Sox if he wasn't called up to Boston by August 5.

According to ESPN's Jerry Crasnick, Rowland-Smith decided to stick with the Red Sox and remain at Triple-A, rather than use his opt-out clause. This gives the Red Sox another potential left-handed option for their bullpen down the stretch.

It's easy to see why Rowland-Smith stuck around. His season was interrupted by appendicitis, and while he performed well prior to that, he's struggled a bit sense as he works to get back to where he was. That might be the only reason he hasn't been called up: if not for the emergency procedure, maybe Boston never even bothers to go out and get Matt Thornton after the Andrew Miller injury, and instead calls up Rowland-Smith to see how he handles the role. 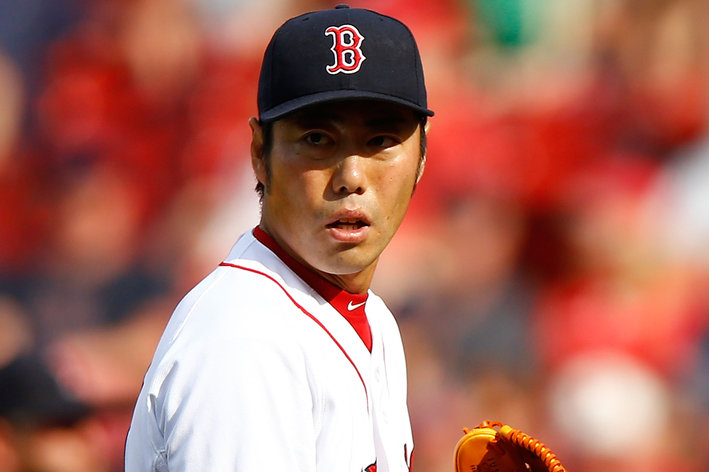 With Thornton going under examination for his oblique injury -- suffered Sunday -- on Tuesday, there could be a clear path for Rowland-Smith to join the team shortly. If Thornton ends up on the disabled list for an extended period of time, it could mean Rowland-Smith in Boston once he's fully recovered from his surgery and time off. Franklin Morales is in the mix and has dibs on that spot, of course, and could be recalled as soon as Tuesday if something goes awry in Thornton's examination. However, there is still Rubby De La Rosa's bullpen spot, as well as Steven Wright's, the latter of which will be available after his start on Tuesday against the Astros.

Rowland-Smith isn't necessarily guaranteed major-league action in 2013 -- unless, that is, the Red Sox quietly guaranteed him a spot for once he's ready -- but he seems to think he'll get his shot in the organization, based on declining an opt-out. He has plenty of insurance if not, however -- Crasnick also says Rowland-Smith can opt-out if he's offered a spot on another club's active roster.

As we've already seen with the Sox, more depth can't hurt in the bullpen, and keeping him around means just that for Boston. Hopefully, if he does end up leaving the organization, it will be somewhere that won't adversely impact the Sox down the road.