Share All sharing options for: Assessing and assembling the Red Sox bullpen

The Red Sox have spent the majority of this 2013 season in first place in the AL East, and much of that is thanks to the best offense in all of baseball (by runs scored), and a good, consistent rotation that hasn't succumbed to an abundance of injuries like years past (except of course for Clay Buchholz.) One area that has been of much focus of the fan base all year has been the bullpen, which came into the season as a unit that projected to be very good, but has fell victim to injury after injury. This isn't to say that the relief corps has been terrible -- it's one of the big reasons the team has an above-.500 record in one-run games -- but there is certainly room for improvement.

Before the trade deadline last Wednesday, the only move the front office made to add to the unit from outside the organization was bringing in Matt Thornton. So, now that they have the basic group they'll be moving forward with, it's John Farrell's job to figure out how to best utilize the crew.

The anchors of the bullpen seem pretty obvious right now. All season, the secondary pieces have been a big revolving door, but Koji Uehara and Junichi Tazawa and their K/BB porn has been staying steady for most of the year. Last week, I wrote extensively on just how awesome it's been to watch Uehara this season, so there's not much reason to delve too deeply back into his performance. However, I will just say that it's quite ridiculous that there are still doubts about the merits of him as the team's closer going forward, based mostly on his "lack of experience." Every player gets their first taste of the pressure at some point. If you continue to use the "lack of experience" card every year, new players never surface. There's no reason to lose faith in Uehara for the stretch run.

As for Tazawa, he burst onto the scene last season, as one of the few bright spots of a terrible year that we'd all like to forget about. Though he hasn't been able to maintain his out-of-this-world 1.43/1.82 ERA/FIP that he posted in 2012, he has still been on point, with an ERA and FIP of 2.94 and 3.28, respectively. His strikeouts have actually increased by a half of a K per nine innings, while his walks have increased slightly but remained under two per nine. The big difference this season has been the home runs, as Tazawa has fallen victim to a home-run-to-fly-ball ratio that has inflated from three percent last year up to 13.5 percent this season. Even with that, though, outside of a couple rough weeks around the All Star break, he has been very good, especially in big spots, holding batters to a .121/.180/.132 batting line with runners in scoring position. It's not hard for Farrell to decide on his two bullpen aces going forward.

While the Red Sox are set with Uehara and Tazawa as their top-two arms, they are still missing that third guy who has been played by Andrew Bailey and Andrew Miller before they both went down for the season with injuries. As part of the effort to find that missing piece, the team has turned to two rookies in Brandon Workman and Drake Britton. The former has spent most of his big-league time in the rotation thus far, but he will be transferring to the bullpen now that Jake Peavy is on the roster. Workman left quite the impression on the fan base with his three starts in Boston (plus one relief appearance), putting up a 3.54 ERA, 2.74 FIP and 5.5 K/BB ratio. He's shown an ability to strike batters out throughout his professional career, and that ability could potentially increase in short stints out of the bullpen. This has been an aspect missing since the loss of Miller. Workman has drawn many comparisons to Justin Masterson, who was promoted in 2008 and helped the Sox make a run to the ALCS as a bullpen arm. 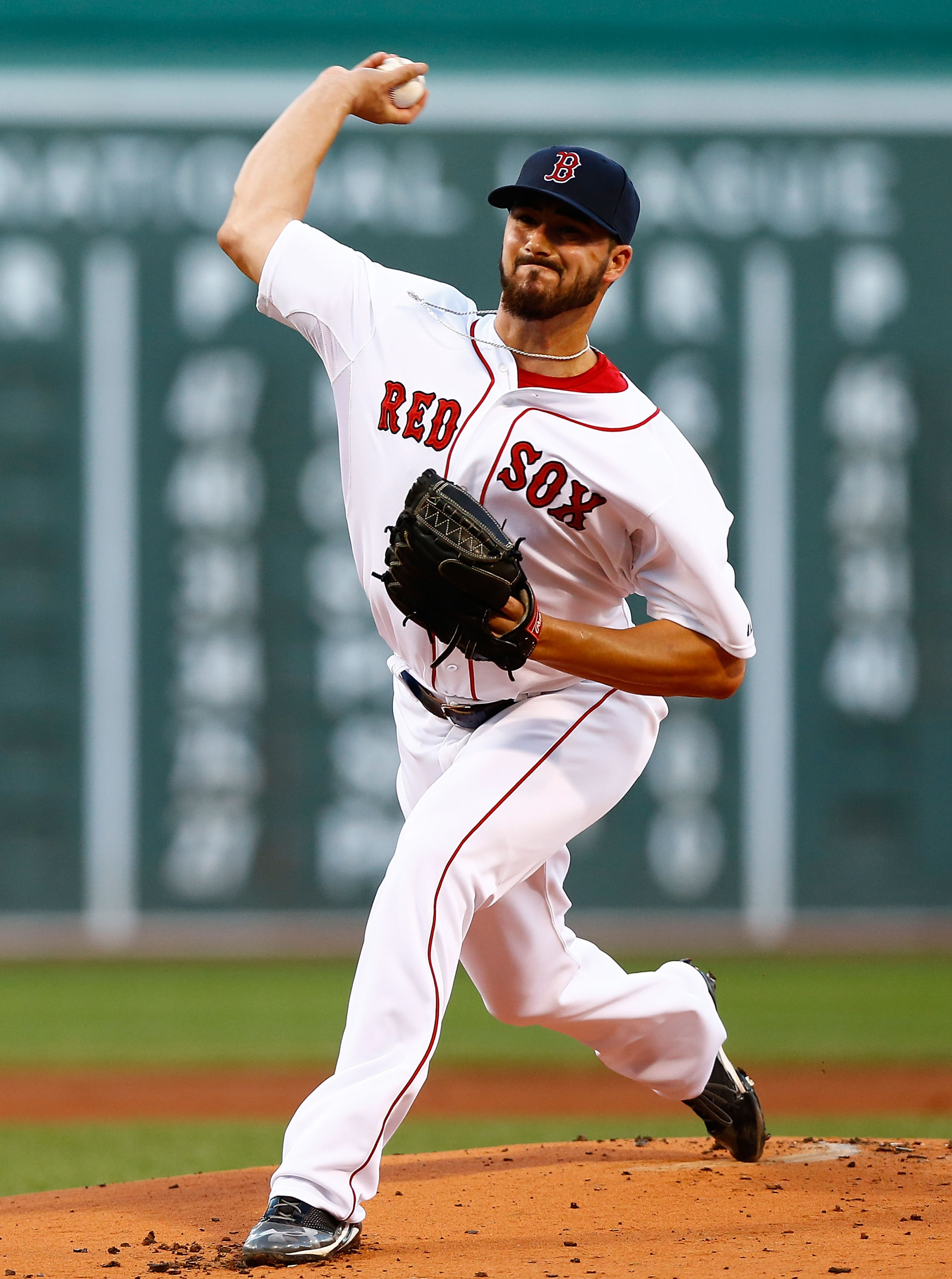 Britton has also been very impressive since being promoted to the big-league roster, though it does come with the caveat of being only nine innings of work. Even with the small sample, he's shown the ability to limit his walks, with just one free pass since coming to Boston. There are likely some struggles to come at some point, as he had all of one appearance in AAA before being called to the majors, but the early returns suggest he can hold down a sixth or seventh inning role as a left-handed option for now. If just one of these rookies can join Tazawa and Uehara in the back-end, the Red Sox will be much better suited for the stretch run.

For Red Sox, top-of-the-order-production is key 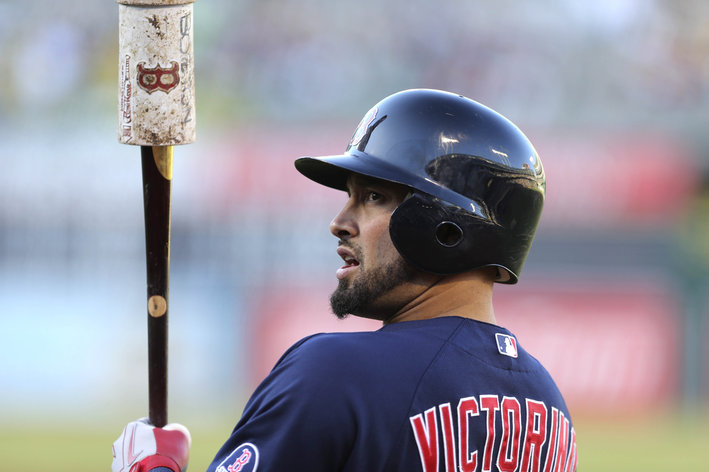 Many speculated about starting pitching being a concern for the remainder of the season, but maybe the attention should be shifted to the top of the Boston lineup.

Craig Breslow has also been holding down an important role in this bullpen since Miller has gone down, though I'm not sure that's such a good thing for the team going forward. Though his 2.54 ERA and 3.73 FIP don't look bad on the surface, there are definitely reasons to worry about Breslow. For one thing, his strikeout rate is incredibly low, especially considering he's a reliever who doesn't induce a lot of ground balls. So far this season, he's been able to keep the ball in the park, with just two home runs allowed in 40 innings of work, while also maintaining a .282 BABIP against. While his home run rate has always been low in his career, he spent most of that time in Oakland, and the move to the AL East will likely mean more balls will leave the yard in the future. Combine that with the fact that he's allowed a .282/.329/.414 batting line with runners on base, and he's not someone to bring into big spots. As a middle reliever for medium-leverage spots, he's fine, but he is not the pitcher they should be bringing in for high-leverage situations.

Apart from those five arms, the rest of the bullpen will be filled out with Thornton and one or two other fillers for the rest of the way. Thornton is fine as a lefty specialist, but like Breslow, shouldn't be relied upon to consistently get the team out of big jams. The final pitcher or two will most likely be guys like Pedro Beato, Jose De La Torre, Franklin Morales, Rubby De La Rosa and Steven Wright. While the first two have performed admirably in their spots this year, and the others also deserve praise for various reasons, none will be of much impact for the bullpen this season, other than filling mop-up duty when the starters are knocked out early, and when coming in when needed in long extra inning games. Of course, this dynamic will change slightly when rosters expand in September, but it's unlikely anyone will jump into a more prominent role this season.

With the way the bullpen is currently assembled, the only certainty is the last two arms in Uehara and Tazwa. Ideally, Workman would slide in behind them, giving them a three-headed monster for the end of games. Then, they'd have Britton as their top lefty, with Breslow and Thornton also able to be called upon to help. This plan relies heavily on two rookies as well as health in the rotation, though, so Ben Cherington and company would be smart to be scouring the waiver wire every day to try and make one more move for a reliever during the waiver-period in August. Whatever the team decides to do, though, the bullpen can make or break a stretch run, and properly utilizing the arms is one of the most important and difficult challenges a manager faces.