If you've ever complained about the price of beer at Fenway Park, it's for a reason.

Beer at baseball games is expensive. You don't need a study to confirm that. You do need a study to tell you who has the priciest beer, though, and that's just what Team Marketing Report set out to do. Their conclusion? The most-expensive beer in all the land is sold at the Red Sox' own Fenway Park.

Beer at Fenway goes for 60 cents per ounce, putting them four cents ahead of the second-place Cardinals. Just five teams -- the Sox, Cards, Blue Jays, Nationals, and Yankees -- charge at least 50 cents per ounce for their beer.

Five keys to the Red Sox winning the AL East 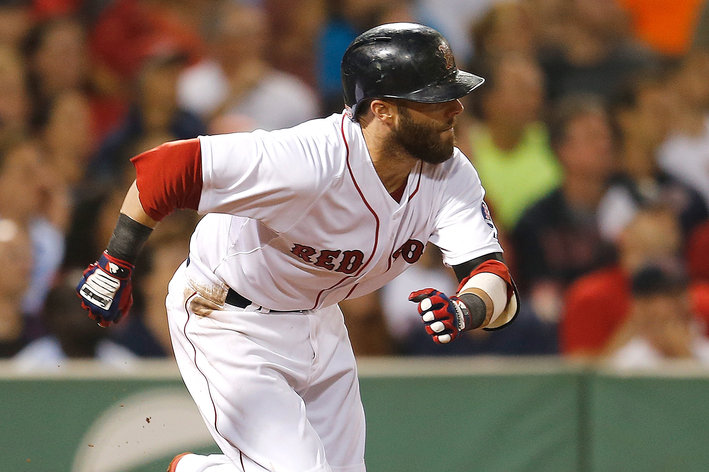 The Red Sox look like they are on their way to the postseason this season, but what is going to need to happen if they want to sew up the division and avoid the Wild Card playoff game?

Of course, different beers cost different amounts. There are cheaper -- and we use that word loosely -- options available in your basic, what they tend to call "domestic" swill beers. The Budweiser and Heineken products available, among many others, cost less than say, your Sam Adams and Long Trail beers. If you're already paying out the nose for a brew, though, you should probably just go all the way and pick up that Sam Summer, that Harpoon IPA, or, my personal Fenway-favorite, Wachusett's Green Monsta IPA. It'll run you $8.50 to $9 for the privilege, but again, you already decided you weren't going to pay what's considered a fair price for beer by entering a major-league sports venue with drinking on your mind.

It's more bang for your buck to do so, considering the alcohol content is higher. It all comes down to taste, though, so if you're more into the lighter side of things, and you're purchasing beer at Fenway, I do mourn for you. Especially now that we know for a fact that you pay a higher price at Fenway than anywhere else. 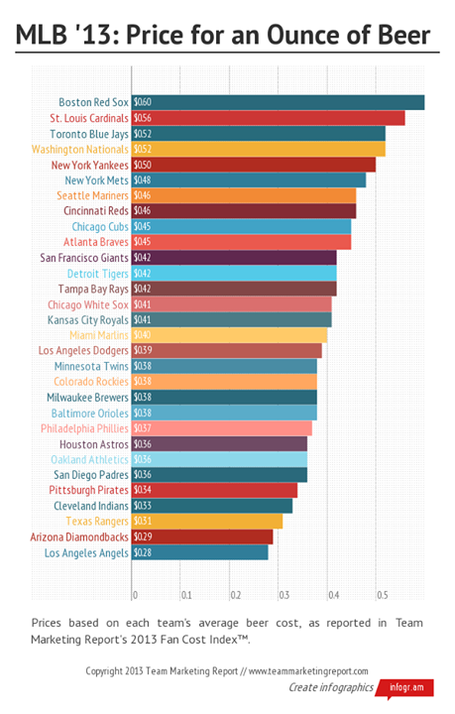