Well, here's the other side of the coin. Off the airwaves and on the internet, Heyman drops the following:

One AL exec cited B.J. Upton's $75.2 million, five-year deal as a baseline figure, but that may be optimistic management thinking. Ellsbury will surely shoot for nine figures, and many think he'll get it despite a few injuries (one was misdiagnosed, exacerbating the situation) and a question as to how close he'll ever get to the 2011 power numbers. The Red Sox are low-keying their interest but Jackie Bradley Jr. isn't proven as a major-league center fielder, so they would be in the game at the right price. The Mariners, Cubs (with ex-Red Sox GM Theo Epstein), Blue Jays and many others could also be in the mix.

That's a pretty big gap between the starting point we'd heard of and Ellsbury's hopeful destination, and one that kind of changes the game entirely. At $75 million, we're looking at a reasonable five-year deal. At $100 million, we've clearly ventured into the territory of six. And it's not too far into nine figures that we're talking Carl Crawford offers.

Is Ellsbury just another Crawford? 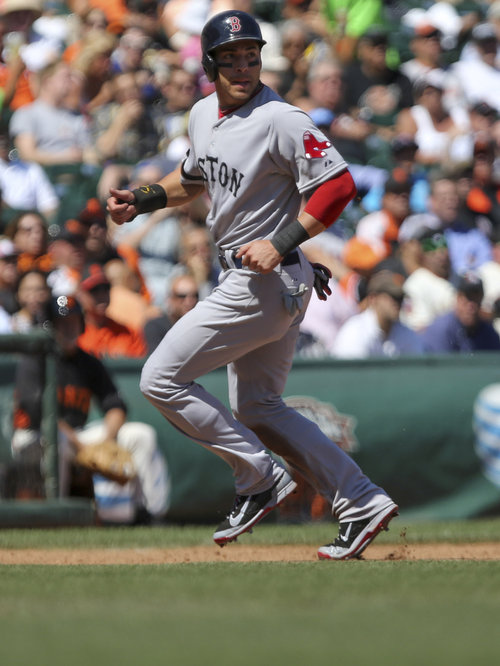 If the Red Sox sign Ellsbury long-term, would they regret it like they did the Crawford contract?

We've been over that comparison before, and Jacoby Ellsbury is not Carl Crawford for a number of reasons. But that doesn't mean he's worth the contract that Crawford so clearly was not. Any team that signs Ellsbury for six years, much less seven, has to recognize that a sizable portion of that contract will likely come with Ellsbury in decline. It's not too hard to imagine Ellsbury being good through 2017 or 2018, but 2020? That's a very scary thought.

It's also worth noting that Heyman cites an "AL exec" for the starting point, but nobody for his high-end figure. As Marc pointed out yesterday, Heyman is one of the guys Scott Boras likes to leak information to. Given that the low figure apparently did not come from Boras, one can't help but wonder if Heyman didn't get a call from the agent after said interview, leading to talk of nine digits now.

As Heyman says, Jackie Bradley Jr. is not proven at the highest level, and so there is reason the Red Sox would be happy to have Jacoby Ellsbury on board for 2014 and beyond. But when we start talking about nine-digit, six-year deals, that's got to make the Red Sox step back and look at how far they're going to effectively insure themselves against Jackie Bradley Jr. not being as good as expected.