One of Boston's best pitching prospects gets the final bump in the minors before 2013 ends.

It's been a rough year in some respects, but one that has come with plenty of development as well -- that's why it's no surprise to see that one of Boston's top pitching prospects, Matt Barnes, has been promoted to Triple-A before the minor-league season ends this weekend. 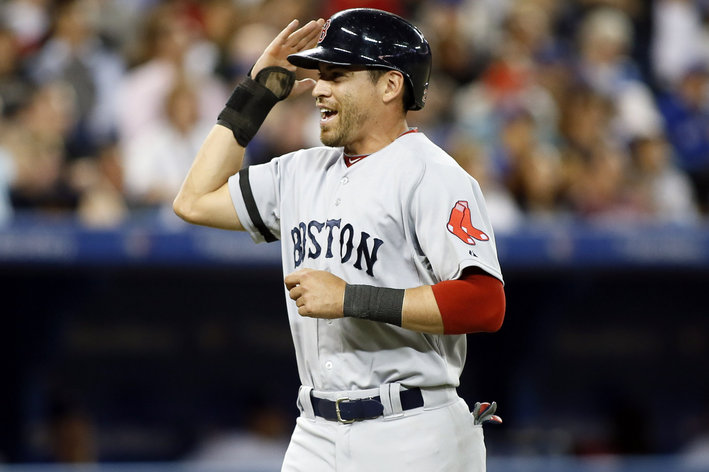 Barnes was slated to start on Wednesday for the Sea Dogs, but will instead take the mound for the PawSox on Thursday, guaranteeing he gets more than just the promotion in name. As Pawtucket is currently in line for the minor-league postseason, he stands to get more work than just the one start, too.

The right-hander entered the season as Baseball America's 40th-ranked prospect, and while he owns a 4.33 ERA that looks disappointing, it doesn't tell the whole story of his year. Barnes was awful to begin the year, despite strikeout after strikeout, as he was in the process of adjusting to the more advanced batters of the Double-A Eastern League -- that required he refine and utilize his secondary offerings of a curveball and change-up. He started to get the hang of it over time, and posted a 2.68 ERA in his eight starts and 40-1/3 innings following the minor-league all-star break. He walked 4.7 batters per nine in that stretch, but also punched out 11.6 while keeping the ball primarily on the ground. There's work to be done, but there's little left he can learn against Double-A lineups, hence the promotion.

It is entirely possible that the 2014 Triple-A rotation will include Barnes as well as Anthony Ranaudo, Allen Webster, Rubby De La Rosa, and Brandon Workman. Sure beats having to sign Aaron Cook as pitching depth, huh?