One of the primary concerns Red Sox fans have had, even as they enjoy Jacoby Ellsbury's second-half resurgence and Boston's winning ways, is that the outfielder is going to price himself out of a return to the organization that drafted him. Expectations were that, because of his 2011 season and the general craziness of the free agent market, that Ellsbury would end up costing well over $100 million on a contract that consumed most, if not all, of the rest of this decade.

CBS Sports Jon Heyman was on 98.5 The Sports Hub on Tuesday, though, singing a different song:

Jon Heyman said on the Hub airwaves earlier Tuesday the starting point for Ellsbury will likely be the 5-years, $75-million deal B.J. Upton signed with the Braves last winter.

Now, that doesn't mean Ellsbury will re-sign with Boston for five years at $75 million total -- "starting point" is the important phrase there. It does imply, however, that the Red Sox could likely retain Ellsbury if they are willing to up things a bit, say, for five years at $90 million, or six years at $100 million, if they want to reduce the average annual value a bit and don't mind the years so much. 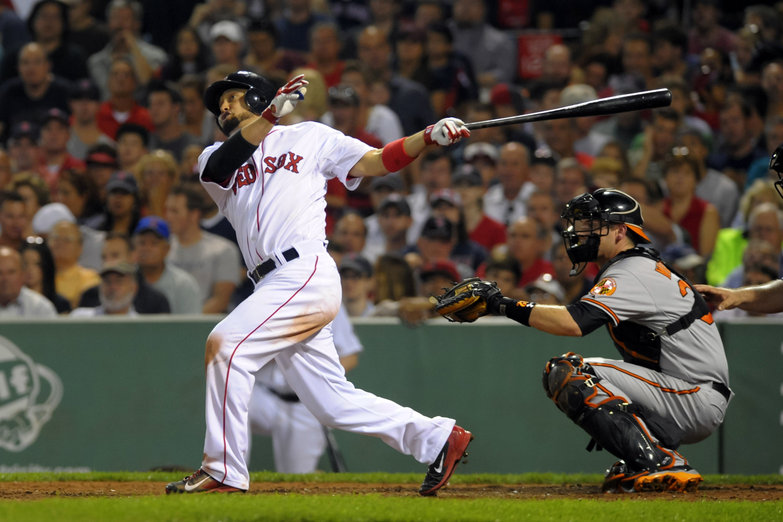 Victorino led the Red Sox against the Orioles with one of the best games of his career.

Heyman has a bit of a reputation for getting information from Ellsbury's agent, Scott Boras, so it's worth considering that this is something more than just Heyman's opinion. That's not being said for negative reasons, by the way: a pipeline to the player in question's agent in something as reasonable as a five-year, $75 million starting point is a curiosity in a good way. Even if Boras is letting this out there for the specific purpose of trying to increase interest from mid-market teams who find themselves surprised they could afford Ellsbury, that still brings you to the kind of prices cited above.