This morning I had an opportunity to have a short conversation with Nomar Garciaparra, who is teaming up with SUBWAY for a fantastic charity at the Little League World Series.

Share All sharing options for: A Few Questions with Nomar Garciaparra at the Little League World Series

Recently, I had an opportunity to speak with former Red Sox fan-favorite Nomar Garciaparra for a few minutes, as he is covering the Little League World Series, and also joining with a great charity along with SUBWAY to help out the Challenger Division of Little League. Nomar had some great things to say about the Little League World Series, especially the charity he is involved with, and also had some insights on some things going on with the Red Sox and MLB as a whole.

As far as his partnership with SUBWAY and the Challenger Division, Nomar had nothing but great things to say about the entire program. The Challenger Division is a group that provides physically and developmentally challenged Little League baseball and softball players an opportunity to play the game that they love on the biggest stage possible. Each member of the teams has a "buddy," who is in charge of making sure that child has the best time possible on and off the field.  SUBWAY and Garciaparra have partnered up to make a donation to the two teams, who paid out of pocket to make the trip out to Williamsport. In addition to the donation, Nomar will have an opportunity to meet and interact with the kids tomorrow morning, which he is very much looking forward to. "It's great to be able to support this Challenger division, and it will be amazing to see them smile. The challenges that they have to deal with on an everyday basis, I couldn't even imagine." The two teams will be playing on the pristine fields in Williamsport, Pennsylvania tomorrow morning, shortly after meeting Garciaparra. 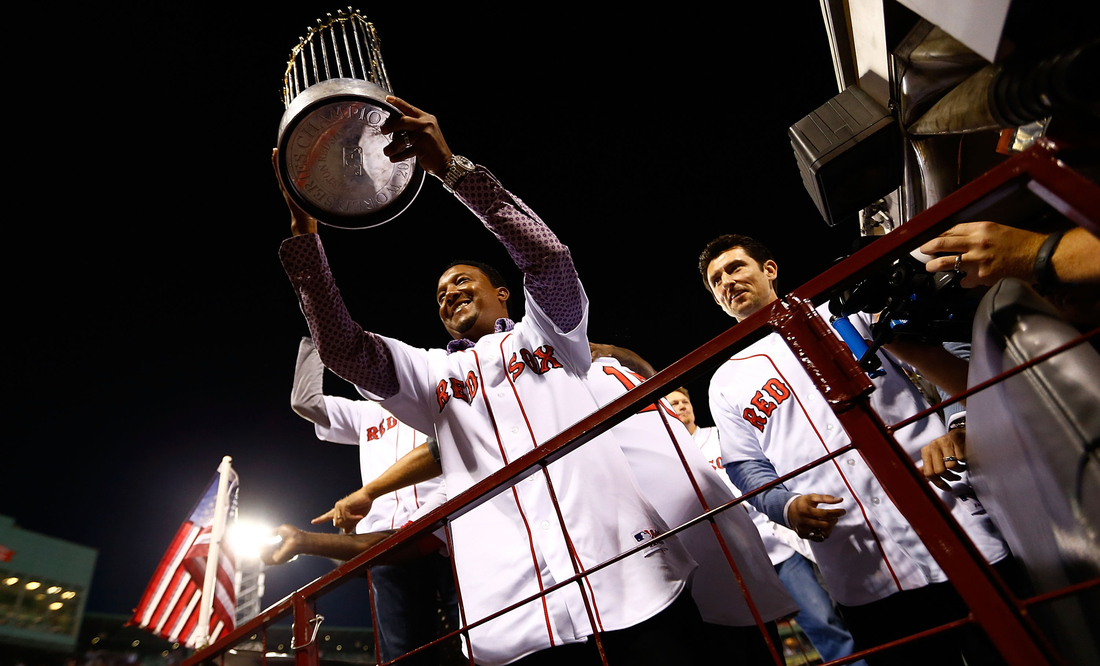 This is now the third year that Nomar has been able to cover the Little League World Series, an experience that he has very much enjoyed. When asked what his favorite part of the event was, his answer was simply "everything." He continued, "the atmosphere here is something that is unmatched. Everyone is smiling; everyone is happy. It should be on every baseball fan's bucket list to make it out here at least once." I then asked what he thought about the claim many make about the event putting too much pressure on such young kids. He does say that while there is pressure, we all deal with pressures in our lives, and in the case of this event, "it's probably not as big as some people make it out to be." He went on to say that he has had the opportunity to see the kids after the game, which sheds a new light on this. "I'll see them 45 minutes after a loss, laughing, smiling and playing ping-pong with the team that just eliminated them. They have an ability to let it go very quickly."  With the tournament winding down this weekend, he felt that California has had the strongest showing on the US-side of things, while Japan and Mexico have impressed from the international side.

For the last few minutes, I had an opportunity to ask Garciaparra about some things happening at the major-league level. As the last shortstop to hold down the job for an extended period of time in this city, I asked if he had been able to see much of Xander Bogaerts yet, and if he had any first impressions on the young infielder. He said that he was able to see him at the Future's Game during the All Star festivities. The things that jumped out to Nomar was "how fluid he was in the field, and just his size." Since being able to stick at shortstop has been a question surrounding Bogaerts for much of his professional career, it's encouraging to hear a former player at that position compliment him like that. He also added that when he saw him, he thought "this kid is definitely a future big-leaguer."

What to do with Stephen Drew, Will Middlebrooks, and Xander Bogaerts in 2014? 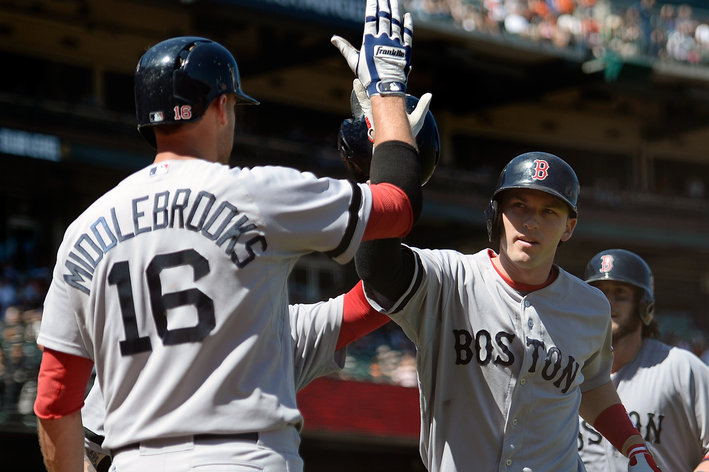 The Red Sox have gone from Brock Holt and Brandon Snyder at third, to a log jam on the left side of the infield. How will they sort it all out after 2013 is over?

When asked about how Bogaerts and other young players should deal with handling a pennant race for the first time, he stressed how important it was to not change their games just because of the situation. He also added that it was nice for them to have such a veteran-laden team to help them deal with it, especially dealing with the media for the stretch run. He likened it to when he had players such as Mo Vaughn and John Valentin when he was first coming up. Finally, I asked him about the recent trend around the league of players and teams agreeing to extensions before hitting free agency, and how he felt about it as a player who played during an era that was defined by free agency. Garciaparra said, "As a player, it's nice to be able to stay with an organization. You come up with a team, and you become familiar with their way of doing things." He also added that he feels it's the same for the organization.

It was a fun conversation with the former Boston icon, who is teaming up with SUBWAY for such a tremendous charity. He's surely excited to meet the kids tomorrow, and hopefully it's an organization that can get more attention as time goes on.

Oh, and if you're interested in living life like Nomar, his favorite SUBWAY sandwich is turkey, bacon and avocado.