Red Sox starter Ryan Dempster was suspended by Major League Baseball on Tuesday for hitting Yankees third baseman Alex Rodriguez with a pitch. While the suspension is just for five games, the Red Sox will use this opportunity to reshuffle their rotation, and give Dempster time to rest. He won't start again until Friday, August 30, to kick off a series against the White Sox.

Dempster was originally scheduled to pitch on this upcoming Saturday against the Dodgers, but between his suspension and Thursday's off-day, it isn't happening. Instead, Jon Lester will pitch in his place on regular rest, with John Lackey taking his turn in Friday's contest, and Jake Peavy on the hill on Sunday. Since there is another off-day on Monday, the Red Sox can just continue to push Dempster back, all without pushing any of their other starters into an irregular workload, and without the need for any spot-start duty, either. Felix Doubront will pitch on Tuesday against the Orioles at Fenway, and even do so on an extra day of rest despite the loss of Dempster's turn.

This extended break for Dempster is a good thing for a variety of reasons. He owns a 5.27 since May 18, a stretch of 17 starts, and while it was better that the Red Sox use him than continue to push Allen Webster out there, it's definitely an area where, when given an opportunity to avoid using him, they should do so. It's also worth pointing out that Dempster has, at various junctions in 2013, dealt with a groin issue, and it could very well be affecting his pitching to a degree. This is not to say he would be as great as he was to begin the year were the groin not problematic, but he'd much more likely be doing his job as a league-average, mid-rotation guy were he feeling 100 percent. Getting 11 days of rest might be just the thing he needs. 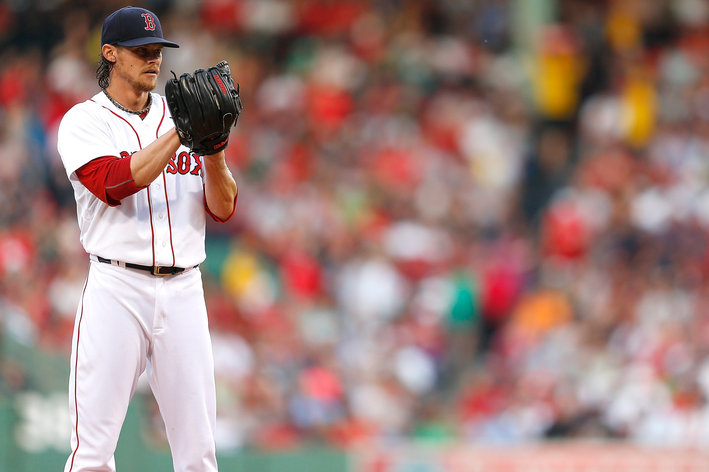 It's been too long since he last pitched, but that should hopefully fix itself soon.

There is a chance that Dempster's next start will be his last with the Red Sox in 2013. This assumes, of course, that everyone else remains healthy, and that Clay Buchholz doesn't deal with any setbacks in his minor-league rehab, which will start on Sunday. Things certainly seem to be pointing this way, though, at least insofar as what the planning looks like.

Buchholz's rehab schedule will line up with Dempster's August 30 start, assuming the Red Sox give Buchholz four days of rest after his Sunday appearance. If the Sox end up bringing Buchholz back to the majors to make his third rehab appearance there -- assuming no minor-league team is in the playoffs and able to play host to him -- Dempster could very well be piggybacking on him rather than starting, with the intention being that Buchholz would fully take Dempster's spot in the rotation the next time around.

That -- again, assuming health -- would leave the Red Sox with a rotation that includes Buchholz, Jon Lester, John Lackey, Jake Peavy, and Felix Doubront. Dempster is the obvious candidate to be left out with those five involved, especially since the Red Sox have four off days in September, and will presumably be in a tight race for the AL East crown -- there is little need, and should be little desire, to push to a six-man rotation once Buchholz is back. With the way they are lining up Buchholz's rehab, though, it's probably safe to say the Red Sox are fully aware of that.