Share All sharing options for: Ryan Dempster suspended with pay for beaning A-Rod, but that's normal

By now, you've likely heard that Red Sox starter Ryan Dempster has been suspended five games by Major League Baseball for beaning Alex Rodriguez this past Sunday. What you might have missed, however, was outrage on Twitter after the news hit that Dempster would still be paid for the five games he was suspended for.

The rage came without any proper context: was this normal, or was a special case made for Dempster, because the league just wanted to spit in A-Rod's face when the chance presented itself? It turns out that it's nothing that insidious -- because the hit by pitch happened on the field, the suspension can carry a fine, but pay is not interrupted.

Jeff Euston, who runs Cot's Contracts, explained the breakdown in suspensions with and without pay. "A suspension for an on-field incident is usually with pay. So a player generally does not lose salary or service time after throwing at A-Rod or charging the mound." There are still consequences, though: the team has to pay the player for games where a roster spot is unavailable. So, the Red Sox get Dempster suspended at a time that's convenient to them and their schedule, given the days off nullify the missed start the suspension causes anyway, but they have to do so with just 24 players rather than 25. 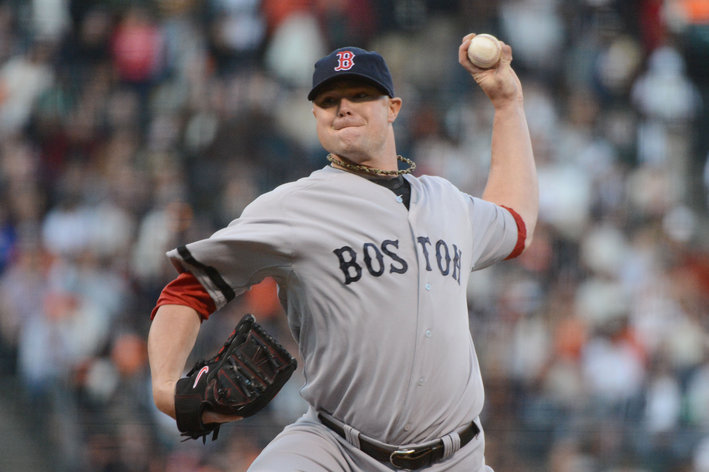 Things are different were it for an off-field activity. "A suspension for a positive PED test is without pay, but the team may replace the player on the roster. In that case, the team usually places the player on the restricted list, which also is used for players who have a long-term absence -- rehab for substance abuse, a prolonged family emergency, a visa problem. But the clubs do have the discretion to continue paying the player. The Cardinals continued paying Scott Speizio during his stint in alcohol rehab in 2007 or 2008, for example."

Dempster isn't in trouble for PEDs, or for rehab, or for anything that might get a player placed on the restricted list: he hit A-Rod with a pitch, and will take the standard punishment for it, both in terms of games and his continuing to be paid.

You might have an issue with the policy, but this is as by the book as any other suspension for the same -- there's no special treatment for Dempster, or protection of the Red Sox, or subtle attack of A-Rod here.