The Futures Game participant is now just one step from the majors.

The Red Sox have promoted right-handed pitcher Anthony Ranaudo from Double-A Portland to Triple-A Pawtucket, according to the PawSox themselves. Ranaudo had thrown 109-2/3 innings with Portland, and participated in both the Eastern League All-Star Game as well as the Futures Game thanks to his high-quality 2013 performance.

While he's slowed a bit recently, even with that, he still owns a 2.95 ERA with 2.7 times as many punch outs as free passes. It's fair to believe Ranaudo, who has slipped into a couple of mid-season top-50 prospects lists, has learned all he has to in the Eastern League, and that it's time to see what he can do against the most advanced hitters the minors has left to offer him. 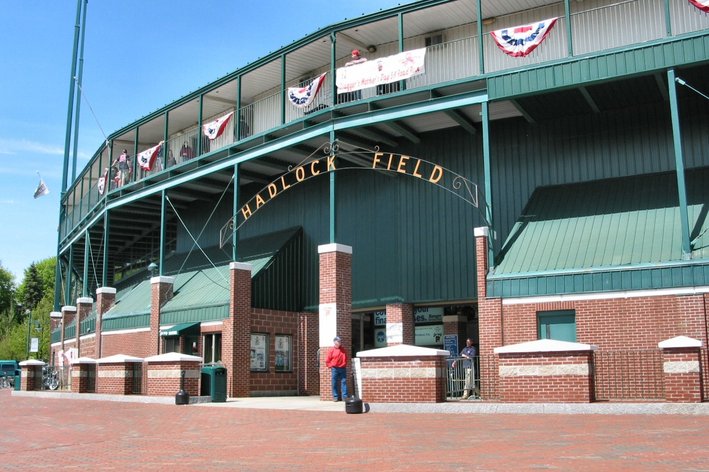 While there is no guarantee that Ranaudo will be a September call-up, he is in need of a 40-man roster spot this off-season in order to avoid the Rule 5 draft. So, if he does well with the PawSox, he might end up with a cup of coffee in the bullpen when rosters expand, assuming the Sox can find the space for him. It might actually be for the best in his development, anyway, as he's not going to clear his career-high for innings (127) by much by the time the International League season ends. He might be able to tack on a few more frames, though, if the PawSox make the playoffs and extend their season that much longer -- as of now, they lead the wild card race in the International League by 1.5 games, so that's a definite possibility.

To make room for Ranaudo on the roster, lefty Chris Hernandez was sent to Double-A. It's a demotion for him, but Hernandez has also pitched horrifically as of late and ended all chances of his joining the Red Sox bullpen in September, so a reset to close out the year with the Sea Dogs against lesser competition might be just what he needs to work out the kinks.