Koji Uehara's 2013 season has been a blast

The 2013 Red Sox have been one of the most fun teams the franchise has had in years, and Koji Uehara has been a big part of that, both on the field and off it.

Share All sharing options for: Koji Uehara's 2013 season has been a blast

It is undeniable that Ben Cherington had a wonderful offseason this past winter. He successfully transformed a 69-win team into a playoff-contender, and possible division champion. Best of all, he did so while also holding on to the most coveted members of his farm system (which he accomplished once again with this week's Jake Peavy trade), mainly by taking on a bunch of free agents to low-risk contracts. Of all the signings Cherington made on the free agency market, I thought bringing in Koji Uehara was his most underrated move. Given his high-level of performances in prior seasons, I was expecting good things from Uehara in 2013. Even still, the high-five machine has found a way to exceed my already-high expectations with an other-worldly season to this point.

Yesterday morning on the Dennis and Callahan on WEEI, Ben Cherington stated that he believed the play of Uehara has been the most surprising part of this amazing season. While I'd agree that one would be hard-pressed to find too many people who could've called this kind of dominance from the relief ace this season, I would still say that the performances of Jose Iglesias, Daniel Nava and Mike Carp have all been more surprising. That's just semantics, though, and it's impossible to deny that watching Uehara this season has been an absolute blast.

Since becoming a full-time reliever in 2010, Uehara has been outstanding, never posting an ERA above 2.86, while possessing a career-high FIP of 3.03. The biggest reason for this success has been his ability to rack up strikeouts and simultaneously limit walks, which is the easiest way to pitch well. Since 2010, the lowest percentage of batters he has struck out in a season has been 31.6 percent, while his highest walk-rate is 4.4 percent, this season. To put those numbers in perspective, the major-league average reliever this season has struck out 21.7 percent batters this season, while walking 8.7 percent. To go along with the 4.4 percent walk-rate, Boston's closer has a strikeout-rate of 38.3 percent in 2013. 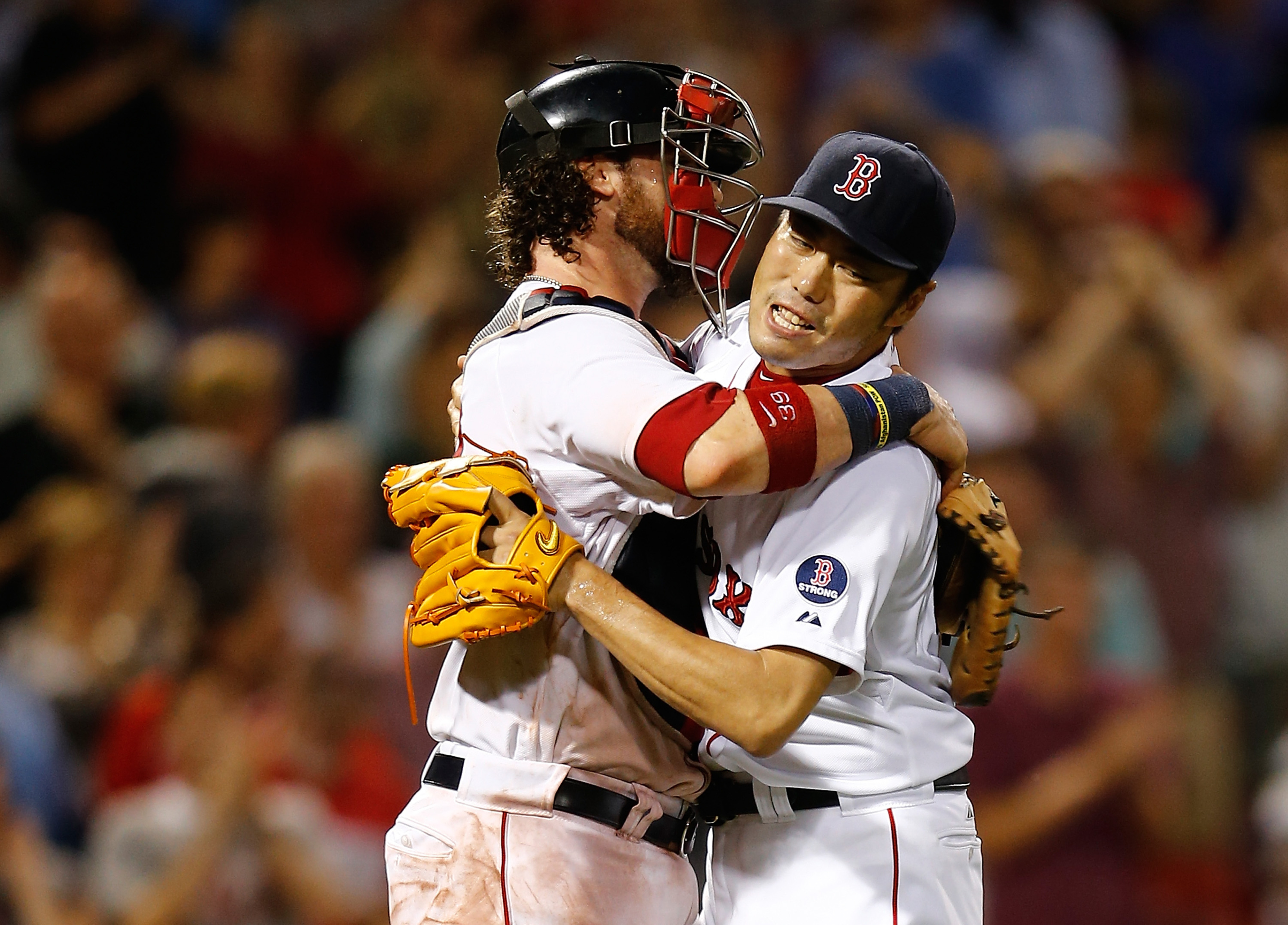 His performance this year hasn't just been the best in Boston's bullpen, but it's made Uehara one of the top bullpen arms in the American League, even after adjusting for park effects. At the moment, his ERA- and FIP- rank fourth and fifth, respectively, in the league. Additionally, he's been able to avoid the label of the "heart-attack closah" that many Boston closers have been subject too, mainly by avoiding the walk. That 4.4 percent walk-rate ties him for the fourth best rate in the AL with some guy named Mariano Rivera. Finally, Uehara has been the AL's best, and MLB's second best, in K/BB. His 8.75 K/BB ratio trails only Edward Mujica (whose K/BB ratio right now is 19!). Also of note is that the second best K/BB in the AL belongs to Junichi Tazawa.

With Uehara, it isn't even all about the performance. He has been one of the best parts of a team that has been more fun to watch than any team in the last five years. Part of Cherington's plan this offseason was to bring in more high-character players for the clubhouse chemistry, and it certainly seems Koji is a big part of that. It's indicative in his high-five frenzies after wins and shutdown innings, as well as all of the comments from his teammates in support of his big for the Final Vote for this year's All Star Game. 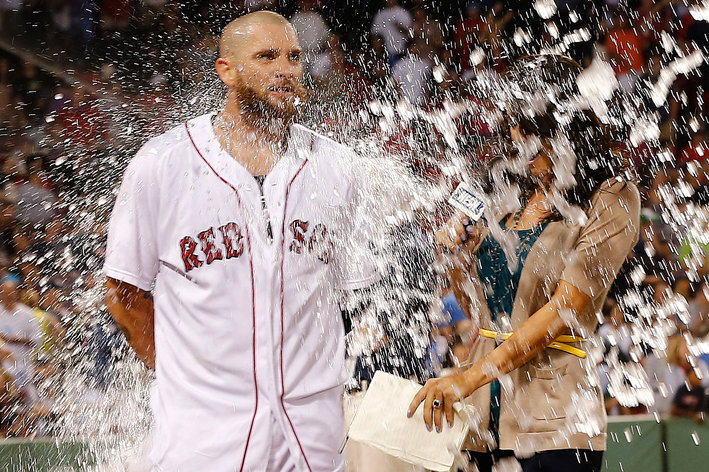 Hopefully there are more to come, but as of August 2, here are all 11 in one video.

Unfortunately for the Red Sox, Uehara is a free agent after this season, after signing a deal that was for just one year and $4.2 million. (Though he's technically still arbitration-eligible based on service time, things become a little more complicated with international free agents such as Uehara, and he'll be able to test the open market this offseason.) It's unknown how large of a contract he'd be searching for, but if it's something reasonable, I would certainly be on board. His workload and previous injury history makes me wary of anything beyond a one-year deal, but with the way he's pitched in 2013, it'd certainly be hard to see him go.

Whatever happens after the season, it won't be hard to enjoy this guy heading the back-end of the bullpen for the remainder of this season. There were some question marks about whether or not he'd be able to handle the closer-role, since he's not your prototypical upper-90s flamethrower, but he's put those doubts to bed very quickly. All he's done this season is dominate batters and provide antics like this between his dominant performances. The 2013 season has been fun to watch, not only because the team has been winning games at an unsurprisingly high rate, but also because the group of personalities has meshed so perfectly, and Koji Uehara has been a major player on both fronts. Whether he is brought back for the 2014 season, if he continues at this pace for the season's final two months, his masterpiece of a 2013 won't soon be forgotten.