Is Henry Owens the best Red Sox' prospect in the minors?

With Xander Bogaerts in the majors possibly to stay, who is the next-in-line prospect for Boston?

Share All sharing options for: Is Henry Owens the best Red Sox' prospect in the minors?

Xander Bogaerts is the best prospect the Red Sox have -- there is no questioning this fact. He has been summoned to the majors, though, to become part of the Red Sox present as well as their future, and he might not step on a minor-league field again. He could also exhaust his prospect eligibility before the next wave of lists shows up next spring, assuming that he is indeed staying in the majors.

So, with Bogaerts in the majors and possibly done with both the minors and any prospect rankings, who steps in to become the best prospect in the Red Sox system that's still in the minors? A couple of months ago, you might have said Jackie Bradley Jr. or Garin Cecchini, but in that time frame, Henry Owens did something wondrous, and did it again and again -- it's a whole new conversation now.

Owens is arguably the best pitching prospect the Red Sox have, which isn't a criticism of the rest of the bunch so much as it is praise for Owens. The left-hander is in his age-20 season, but has progressed to Double-A, where he's currently excelling. It was believed his timetable was well behind the likes of Matt Barnes and Anthony Ranaudo, given his age and the fact lefties take some time to get rolling, but Owens has been dominant in 2013, to the point where he left the Red Sox with little choice but to promote him from High-A sooner than expected. When you rattle off 19-1/3 consecutive no-hit innings, it's safe to say you have nothing left to learn at that level. 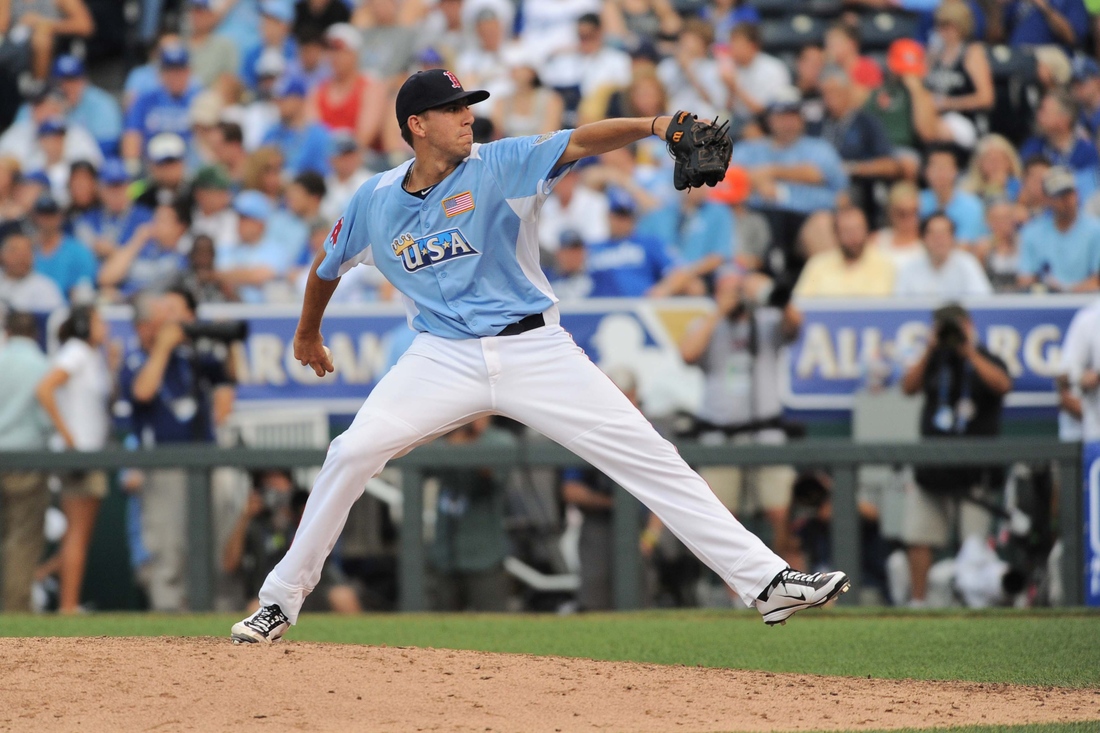 Things have been similar for him to start his Double-A career, however, despite his youth and inexperience. Owens has only made three starts for Portland, but in those 15 innings, he's given up just two runs and six walks while striking out 29 of the 61 batters he's faced. In his last outing, on August 16, Owens struck out 10 batters in five no-hit frames, and induced 22 swings and misses -- of his 94 pitches, 23 percent were whiffs, an insane figure for someone just entering Double-A at his age.

This leap has come for two reasons. Over the winter, Owens added muscle to his lanky frame, and now comes in at 6-foot-6 and 205 pounds. He could still stand to add some weight to his frame, but what he's managed to this point has helped smooth out his mechanics and make them more easily repeated, and it also had the added benefit of increasing his velocity. The second reason is more recent: as the Providence Journal's Brian MacPherson detailed, Owens changed the grip on his curveball in order to improve his command of the pitch, while also allowing him to use the same arm speed for it as he does for his 92-mile-per-hour fastball. Owens' curve runs in the 67-72 mph range, giving him, in essence, an off-speed pitch for his off-speed pitch since he can use the same arm speed for all three offerings.

Red Sox' second-half offense down, but not out 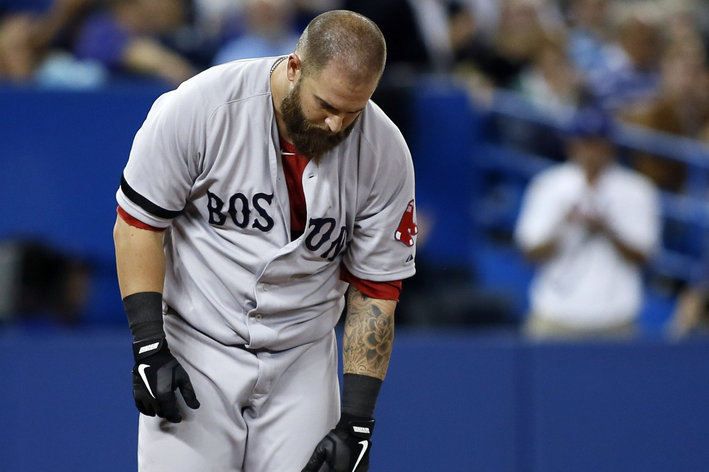 The Red Sox lineup has struggled since the All Star break compared to how they played in the first half. They haven't been a trainwreck, though, and there are ways to get better. 

That kind of deception is why no one can seem to hit Owens of late, and it's the reason for the sudden increase in punch outs for a pitcher who already racked them up in high quantities. It's also why Owens is quite possibly the best prospect the Red Sox have left on the farm. If he keeps things up at Double-A, he'll be at Triple-A as a 21-year-old in 2014 before too long, putting him one step from the majors, and suddenly waiting in the same line as Allen Webster, Ranaudo, Barnes, and the rest. His previous ceiling was more in line with the rest of that bunch, as a mid-rotation arm, but if this improvement in his mechanics, arm speed, and curve all hold up, we're suddenly talking about a pitcher who might be a number two starter instead.

Cecchini has promise, for sure, and his bat will likely be good enough for any of the four corners on a future Red Sox' squad. Bradley is set to be in the majors full-time along with Bogaerts by next season, and his defense and bat should make him a productive regular for years. Owens, though, might have the brightest future of all, and might be much closer to realizing that future than anyone thought just a few months ago.