Red Sox' second-half offense down, but not out

The Red Sox lineup has struggled since the All Star break compared to how they played in the first half. They haven't been a trainwreck, though, and there are ways to get better.

Share All sharing options for: Red Sox' second-half offense down, but not out

As of today, the Red Sox sit twenty above .500, with a .579 winning percentage. It’s common knowledge at this point that a performance like this wasn’t anticipated by the general public, and that was the story for most of the season. The fans were celebrating a team that was viewed to be at best a fringe-contender, which surged through the first-half of the season as a first-place team led by a crew of pleasant surprises and likable players. After the All-Star break, though, the tides changed, and fans were rightfully no longer satisfied with being surprisingly good. There had been a taste of success, and now it’s become about sustaining that success and reaching the postseason, especially with 2011 still fresh in everyone’s minds.

So far, the second half has been one of bending but not breaking for the Red Sox. As of today, the Red Sox are 15-14 since the break, giving them a .517 winning percentage in that time. Even with a winning record and a schedule that has featured such above-.500 teams as the Rays, Orioles, Diamondbacks, Yankees and Royals, there is a sense of doom for some watching this team. Some of that is because there have been some wins that were essentially stolen at the last minute by the Red Sox. While some, myself included, view being able to pull out late wins as a good thing, others see those games more as ones that should have been losses. From what I’ve seen and heard, the lineup is a major concern for many who are worried about the team’s playoff-chances. It’s clear the offense as a unit has had its fair share of problems in the second half, but has it been as bad as it seems, and is it likely to stay down?

For the majority of the 2013 season, the Red Sox offense has led all of baseball in runs scored. It’s not the same type of offense that the team trotted out in 2003-2004, but it still has been getting the job done all season, and it still stands atop of the leaderboards today. However, that lead has shrunk recently, and their 124 runs since the All-Star break is eighth in the game. The lineup’s 101 wRC+ in the 2nd half indicates that they have essentially been a league-average unit recently, which is a far cry from the 114 wRC+ they put up in the first half. As good of an indication as any has been how often they’ve been shut down recently. They’ve been held to one run or less in seven games in the second half, or 25 percent of their games. 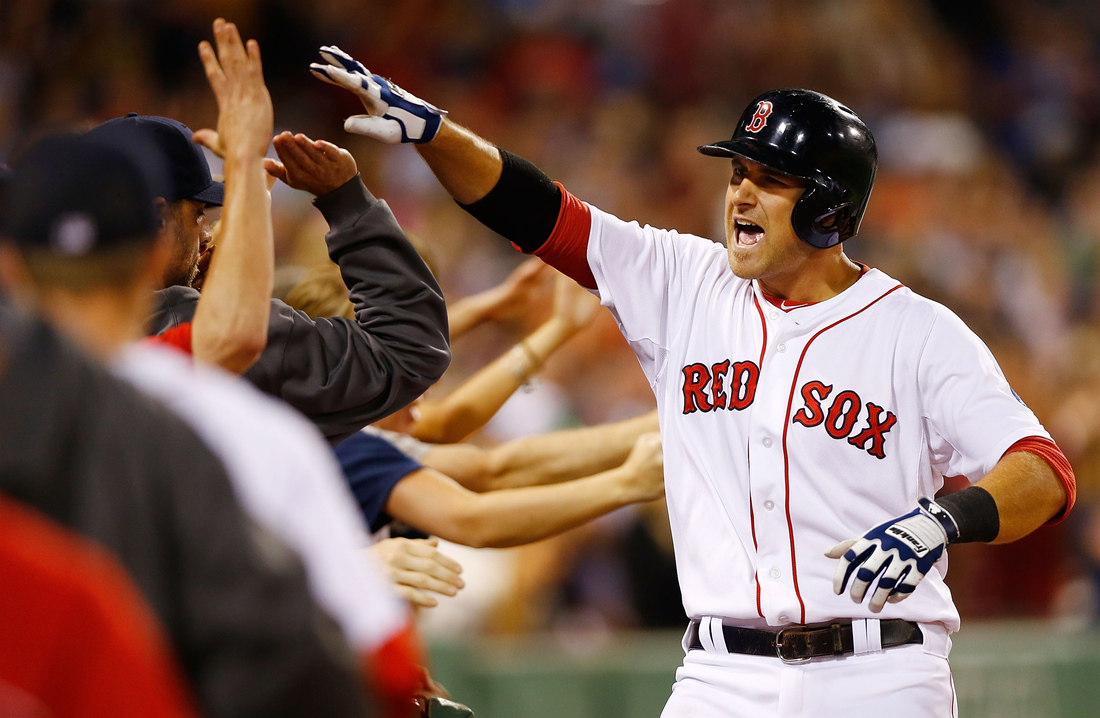 Will Middlebrooks' recall has added some right-handed power to the Sox lineup. (Photo credit: Jared Wickerham)

Now, being eighth in baseball in runs scored and ninth in wRC+ certainly isn’t the worst thing in the world. This is especially true when you consider the talent that Boston has in their rotation and bullpen. However, the pitching has also been very inconsistent, so the lineup returning to something close to the force it was in the first half would be huge for the final push towards the playoffs. In order for that to happen, there are two main things that need to happen.

Firstly, the bottom half of the lineup has been a haven for strikeouts. Generally speaking, teams that strikeout a lot can still make it as an offense. The best of example of this has been the Braves, who have had as much of a problem with strikeouts as any team outside of Houston, and yet still claim a top-10 offense. The problem for the Red Sox, however, is that bunching up players who strike out so frequently can lead to stagnation of the offense. The top four has been getting on base at a high clip all season, and that number can be upped to the top five now that Mike Napoli has been moved down in the lineup in favor of Daniel Nava. However, when that is followed by some combination of Napoli, Stephen Drew, Jarrod Saltalamacchia and Will Middlebrooks, there are going to be some stranded runners. As a group, that foursome has struck out in a shade over 27 percent of their plate appearances in the second half. Failing to put the ball in play that many times is devastating for a lineup, especially one that lacks power like this one. Which brings us to the second problem. 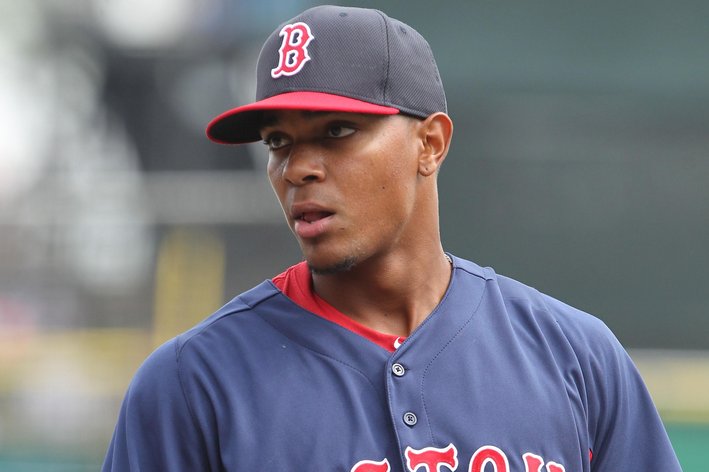 The Bogaerts era is set to begin in Boston.

The Red Sox have been in the middle of the pack in Isolated Power since the All Star break, after tying with the Cubs for the second highest in baseball prior to the break. The best way to knock in runs is obviously with the big hits, and extra base hits will clear bases quickly. There are two players who should take major strides in this area at some point, as their current cold streaks are extremely out of character. The first is Dustin Pedroia, who is hitting just .214/.290/.291 (59 wRC+) since the break. Though he’s never been known as a big power hitter, he’s much better than the .077 post-break ISO he is currently carrying. The other is the newest member of the lineup, Will Middlebrooks. Though he has been solid in the lineup since his return with a .435/.519/.522 (193 wRC+) line, the power is still missing. His .087 ISO must improve, especially since that batting line is surely going to crash, given the small sample and .588 batting average on balls in play. Even when the batting average and OBP fall, though, a rise in power would keep him as a valuable member of the lineup, even with the strikeouts.

The panic around this team is understandable given the recent past of the franchise, though it’s probably overstated, especially regarding the offense. There has been a clear decline from the lineup since the All Star break. The strikeout issues by the bottom of the lineup combined with the general drop in power has left this team vulnerable to lackluster games, indicated by their high rate of 0 or 1 run games recently. However, there should be some improvement in the offense soon. Even with all of the problems, though, the team has been above .500 in the second half, and the offense has remained in the top-10 in MLB. The question marks in the lineup are apparent, and should clearly be worked on. However, at this point, they just aren’t anything that need to be too worrisome.