Jason Parks of Baseball Prospectus has an updated scouting report on Red Sox catcher Blake Swihart, and it ends on a very positive note:

Switch-hitting catcher with legit defensive skills and a projectable hit tool...makeup is top of the scale; will maximize skill-set...top 101 prospect in the game with helium.

The full, in-depth report is available here to those with B-Pro subscriptions.

It's been a banner year for Boston's farm system, that much is obvious. Red Sox prospects have been filling out top prospect lists all year long, even earning twice the representation of the average team on some lists. Swihart, though, has not been in the middle of things. It's primarily been the likes of Xander Bogaerts, Jackie Bradley Jr., Garin Cecchini, Allen Webster, and more recently Henry Owens and Anthony Ranaudo making themselves known.

Well, it seems like Swihart has made enough progress in Parks' book to join that group in his top 101 (101 being the typical length of Prospectus' preseason prospect list), despite going 2-for-11 while Parks was in town. While Parks still came away with a positive opinion of his bat, it seems like the bigger impression was left by his glove which, while not hugely polished (as might be expected given how short of a time Swihart has been catching for), showed enough promise to earn that "legit defensive skills" summary. 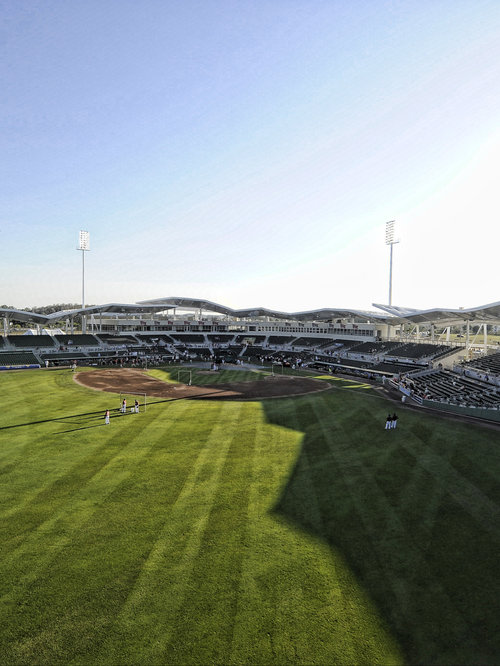 Obviously this is no Matt Wieters hype-fest. Blake Swihart is not supposed to revolutionize the game behind the plate, but that's fine. More than anything else, the impression I come away with is that Swihart is the type of player who will solidify the position for years and years to come for the Red Sox. Over the past five seasons, the Red Sox have dealt with the husk of the once-great Varitek, Victor Martinez air mailing everything into the outfield, Jarrod Saltalamacchia's questionable defense and late-season fades, and so very many awful backup catchers who couldn't get the job done at the plate or behind it*.

Swihart is what Varitek used to be. That's not to say he's going to be the Captain reborn, just that he should lack those massive holes in his game that frustrate fans so consistently. If all goes well for Swihart, as Parks seems to expect, he'll be the all-around player who keeps Red Sox fans from having to worry about the position heading into every season.