It's Ben Affleck's birthday, so the Red Sox will probably lose today

That's been the case the last 13 times they've played on August 15, ever since Good Will Hunting released.

Share All sharing options for: It's Ben Affleck's birthday, so the Red Sox will probably lose today

Actor, native New Englander, and Red Sox fan Ben Affleck celebrates his birthday on August 15. In the past, that was perfectly fine, and of no consequence to other Red Sox fans, unless they knew Mr. Affleck personally. Ever since Good Will Hunting came to theaters in 1998, though, the Red Sox have not won once on Ben Affleck's birthday -- in fact, they're 0-13 on this date since the Affleck-penned film released.

Sadly, the Red Sox are playing against the Blue Jays on Thursday, August 15, in the hopes of winning a series and maintaining their three-game lead in the American League East. I hope Jake Peavy isn't aware of the situation he was traded into, and can snap this awful streak before it persists any longer.

Last year, we wrapped up all 13 of Affleck-inspired losses for you. Here they are again, as depressing as they've always been, with an update for last season. 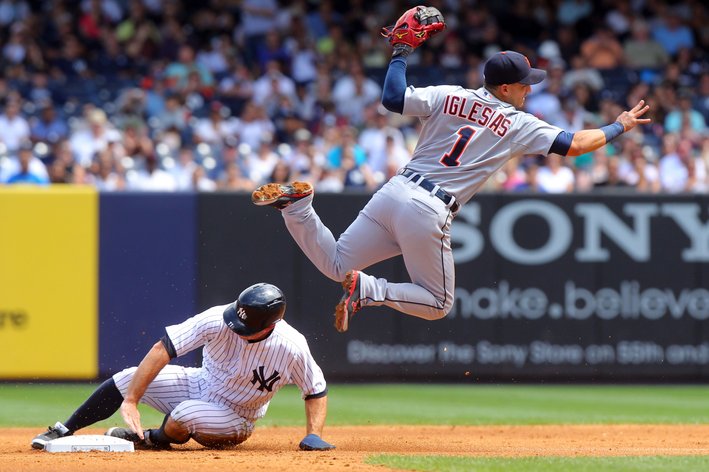 2012: Who knows if this was due to Affleck or just the nature of the 2012 Red Sox, but the way it went down suggests the former. Aaron Cook -- his time here seems so long ago now, doesn't it? -- was working through a no-hitter until suddenly he wasn't, and the Orioles ended up winning 5-2.

2011: The Red Sox had a day off on the 15th, and were mercifully spared having to deal with forces beyond their comprehension. However, they did lose on the 14th during a west coast game, although, being a Sunday contest, it wasn't the 15th when it ended in Boston. So close to nailing this down as some Final Destination thing, but not close enough to make me that nervous.

2009: Boston once again drops a game to the Rangers, this time in less brilliantly pitched fashion. Brad Penny went 5-2/3 while walking four batters and whiffing six, giving up four of the Rangers' seven runs in the process.

2008: Again, no game. Let's start looking out for this on the day schedules release.

2007: The Devil Rays -- hey, remember that? -- beat Dice-K and the Red Sox 6-5, thanks to a big day from former Red Sox and fellow New England collegiate Carlos Pena's three-run double combined with a balance attack from the middle of the Tampa Bay lineup. Matsuzaka gives up all six runs in his six innings, though, this was well before we were used to that sort of thing. 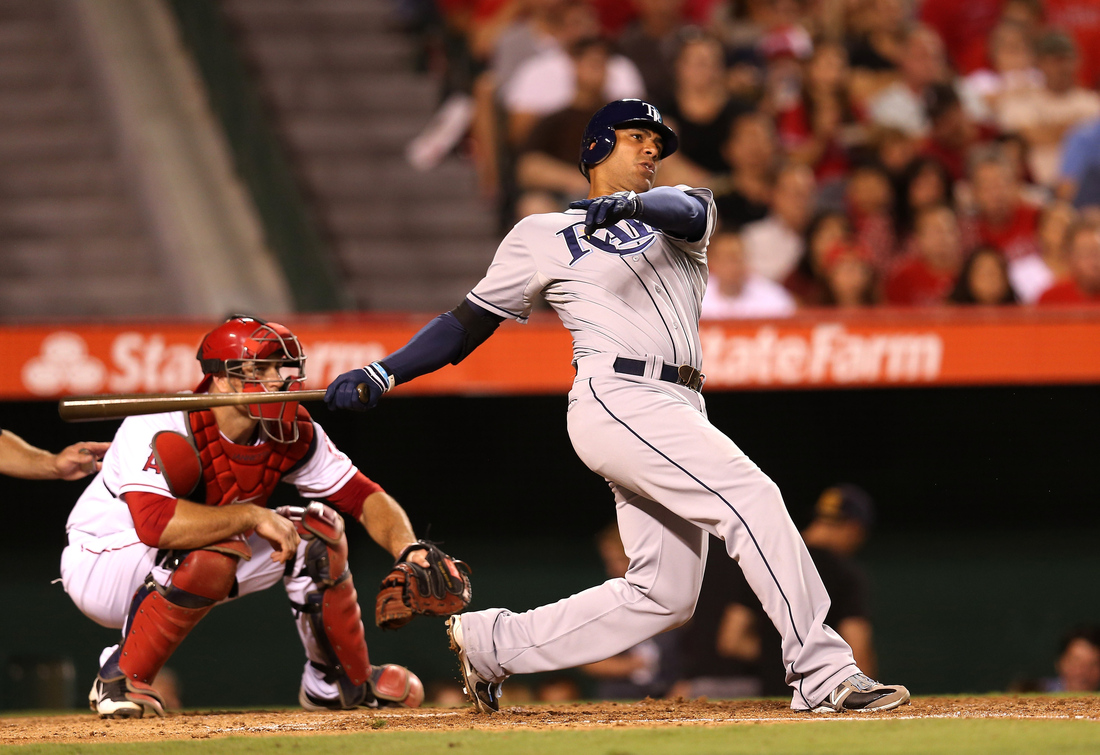 2006: Boston is shut out by the Mariners and Joel Pineiro, who would join the Red Sox the next season. Wakefield throws a complete-game loss, giving up three runs, two earned, while punching out six and walking none.

2005: It's Curt Schilling's time to lose an Affleck special, but he didn't start. No, this was a Bronson Arroyo game, one in which he pitched six innings, gave up 10 hits, and somehow escaped with just three runs allowed. Chad Bradford and Schilling combined to give it away in relief, though, and Detroit's Jamie Walker nailed down the win in relief with a scoreless frame.

2004: August 15 not only represented a loss for the Red Sox, but it was also the furthest out of first place they ever were in the season, at 10-1/2 games back. It's a good thing this is a localized phenomenon. The Red Sox dropped this one to the White Sox, 5-4, despite Bronson Arroyo out-pitching Mark Buehrle. Boston's bullpen got a little too leaky, and while the Red Sox scored two runs off of Shingo Takatsu, it wasn't enough to secure the come-from-behind win.

2003: Mike Timlin gives up four runs in relief of Jeff Suppan, who had already given up his own four runs in yet another ho-hum, post-deadline start. Jamie Moyer pitched poorly as well, but unlike with the Sox, his bullpen locked things down, giving up just one more run over the last three-plus frames, and giving the Mariners another August 15 win against Boston.

2002: It's Seattle once again, but this time it's Casey Fossum (six strikeouts, two walks, four unearned runs in five innings) losing to a 25-year-old Freddy Garcia. The top and bottom of the Mariners' lineup do all of the damage, with Dan Wilson, Carlos Guillen, Ichiro Suzuki, and Jeff Cirillo driving in one run a piece. Seven of Seattle's nine starters strike out at least once in the game, but it's not enough for Boston.

2001: The stage was set. The opponent? The 2001 Mariners, who won a league-record 116 games. They combined their power to make others lose with Ben Affleck's birthday, which, even at this early stage in the process, was as close to a guaranteed loss as you could get. Throw in that it was also the last full day of Jimy Williams: Red Sox manager, which heralded the arrival of The Joe Kerrigan Regime in Boston, and you've found the Most Obvious Impending Loss In The History Of Baseball.

The late Frank Castillo started for the Sox, and gave up five runs in five innings, somehow accomplishing this despite striking out seven hitters. For the record, Frank Castillo struck out fewer than six batters per nine in all of 2001, and that seemed to work for him most days. Baseball is weird.

The Red Sox and the September AL East Cage Match 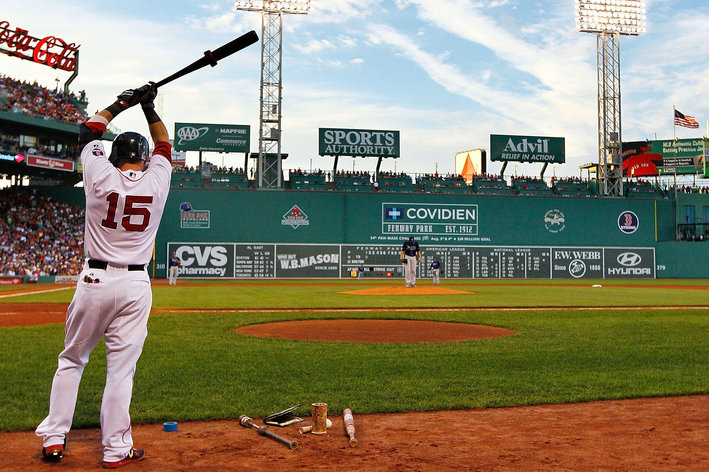 September will decide the the AL East champion with an all-out, intra-divisional cage match. Are you ready for it?

2000: Tampa Bay's Tanyon Sturtze --a Massachusetts native -- defeated Boston's Jeff Fassero, despite Fassero's 10 strikeout, one walk, one run, six-inning domination. Rich Garces and Hipolito Pichardo gave up a run each before the game was over, while Boston was held to just the one run, driven in by Nomar Garciaparra.

1999: The Red Sox dropped to 65-32 thanks to yet another loss to Seattle, despite a pair of RBI and hits from Nomar, and another base knock and RBI from Brian Daubach, who was hitting .341 with a 1065 OPS at the time. Mark Portugal pitched well, a rarity in a 1999 campaign in which he was released before the playoffs began, but it wasn't enough, thanks to Gil Meche, Jay Buhner, and a 23-year-old Alex Rodriguez.

1998: Here's where it all began. The first of what is now 13-straight losses on August 15. Boston dropped to 71-49 after a 3-2 loss to the Twins, whose win moved them to just 15 games under .500. Mo Vaughn and Mike Stanley drove in Boston's two runs in a game that John Wasdin started. What might be most incredible about this loss is that John Wasdin pitched five innings -- five! -- and didn't give up a single home run. Yet, Boston still came out with an L.