Share All sharing options for: Revisiting the Peavy trade after Iglesias' miracle

Rolling Stone's Matt Taibbi, a noted Sox fan, was unhappy when the Jose Iglesias-for-someone-for-Jake Peavy deal was about to go down. He was sad to see Iglesias go, BABIP be damned. On Monday, we saw what we were missing:

That's a goddamn Monet. It might be better. Give a thousand monkeys a thousand paintbrushes and they might dab themselves into a single water lily; give them a thousand baseball gloves and hit them a thousand choppers and every single one will put a runner on first base. Alternatively, just watch footage of every chopper hit to a real human shortstop for the past 35 years, and watch what doesn't happen, because until Jose Iglesias did it the other night, it couldn't happen without a greenscreen, a script, and a closed set. Imagine the famous Mission: Impossible scene where Tom Cruise is suspended one inch above a floor he cannot disturb in any way, and he keeps himself steady and catches a drop of sweat from his eyeglasses, which is a nice movie touch but flat-out ludicrous, and now imagine Jose Iglesias walking in, nailing the stunt au natural on his first try, and you're near appreciating whatever the hell that play was Monday night.

In the now-fortnight-old trade that netted Detroit our old part-time shortstop, Tigers fans hope they traded for a young Omar Vizquel, whereas Red Sox fans hope they traded a young Rey Ordonez. Iglesias is just 23 and still a rookie -- it will take time to figure out which is the true outcome. Iglesias is the starting shortstop for the Tigers because Jhonny Peralta was suspended for his role in the Biogenesis scandal; no PEDs, and that play might have been left on the Boston bench, so to speak. That's the way it is for generational fielding talents: They're stuntmen often forced to watch their contemporaries flail about on their canvas like mere mortals. They don't see peers: They see monkeys with gloves. 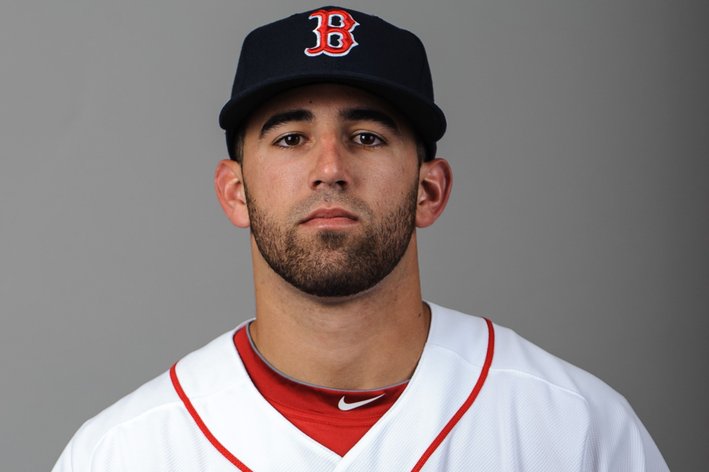 The shortstop, drafted last summer, is set to debut for Portland this week.

Jeff Sullivan has a nice piece on whether Iglesias and Andrelton Simmons could be the mythical field-only shortstop star; he finds, unsurprisingly, they can't, that young players make the best defenders, that this will all come to an end at some point. "But right now," he writes, "one has to wonder just how good a shortstop can really be. Both Simmons and Iglesias make us wonder if there's such a thing as a shortstop who's 20 runs better than average. Both Simmons and Iglesias make us believe."

We believe. That's a nice way to put it. They make us believe by making us not believe our eyes: There are too many laws of physics and motion encroaching on Monday's play to make it possible, but Iglesias made it happen, and Josh Phegley was out, and now Red Sox Nation sees what might have been, what could be, what will be, at least for a while: The mythical 20-run shortstop, the kind they build churches around. This is what is called a miracle in some places, an outlier in others, and it's your choice if you want to build a church around it, knowing it's all going to end at some point, because it always does.

The Red Sox have chosen not to break ground on a church, and we're better off for it. Jake Peavy belongs to the Sox and their 2013 chances, but plays like this belong to all of us.