The shortstop, drafted last summer, is set to debut for Portland this week.

With Xander Bogaerts promoted to Triple-A Pawtucket earlier this summer, a void opened up at the shortstop position at Double-A. That spot will now be filled by last summer's first-round pick of the Red Sox, though, as Deven Marrero has reportedly been promoted to Portland, according to Will Woodward of Sox Prospects.

Read More: Which prospects could the Red Sox call up in September?

Marrero has hit just .256/.341/.334 at High-A, but there are a few things about that line that merit explanation. He's actually been a little better than that, but was awful after returning from the disabled list in May, a month in which he posted a 538 OPS. Your expectations for what his line should look like also might need adjusting, as he's a shortstop, and was in the Carolina League, where your average hitter put up a line of only .254/.333/.381. He's missing a bit of power, but a lot of that is fine given his position.

Red Sox at third: Why Will Middlebrooks over Xander Bogaerts makes sense 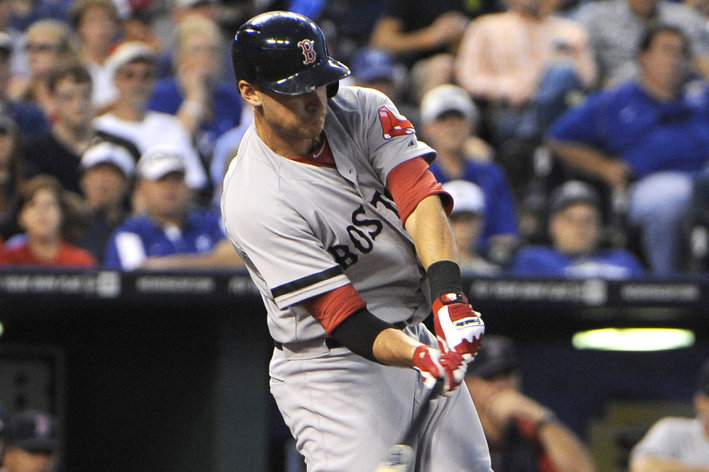 The real test for Marrero comes at Double-A, where, barring a surprising leap forward, he will likely spend not just this season but likely all of 2014 as well. He'll be just 23 next season, so that's not exactly an issue, and assuming Xander Bogaerts works out as hoped, there won't be any rush for Marrero to push through the system anyway.

Marrero has a patient and disciplined approach at the plate that has worked out for him since he first went pro last summer, after the Red Sox selected him out of Arizona State with the 24th pick in the 2012 draft. That approach will be tested against Eastern League pitchers, so expect some struggles from Marrero, possibly even for the rest of 2013, as he learns to adjust to their more advanced plans of attack. With time, the hope is that his patience and eye will win out, and he'll come out of the level a better hitter than he went in, if not in numbers than at least in terms of approach.

His glove is the real key to his success, so even if his bat never quite leaves "average for a shortstop" territory, there's potential value here.