Red Sox at third: Why Will Middlebrooks over Xander Bogaerts makes sense

Share All sharing options for: Red Sox at third: Why Will Middlebrooks over Xander Bogaerts makes sense

Over the weekend, the Red Sox finally addressed their weakest position, third base, by calling Will Middlebrooks up from Pawtucket, where he has been playing since being demoted in late June. A move to replace the Brock Holt/Brandon Snyder platoon at third base has been inevitable since the trade of Jose Iglesias, since the current combo just wasn't going to cut it for a playoff contender. Holt is a nice utility player who shouldn't play full-time, and Snyder is a corner depth piece, not a starter.

However, many people -- this writer included -- thought that top prospect Xander Bogaerts would get the call, despite being just 20 years old. Now that the team has made its decision and called upon a familiar face rather than its exciting young infielder, some fans are complaining about the team being too patient with their prospects, especially since Boston finds itself in the thick of a playoff race. When you take a step back and look at the situation, though, this move makes sense for the organization, both for this season and next.

First, let's look at just how badly Middlebrooks struggled this season before being demoted. After starting the season as the everyday third baseman, he appeared in 53 games, accruing 203 plate appearances in that time. Over that span, he hit just .192/.228/.389, while striking out in a shade under 30 percent of his trips to the plate. While a .221 batting average on balls in play was probably a bit unlucky and contributed to those weak numbers, he was clearly lost at the plate. Opposing pitchers made adjustments after he burst onto the scene in 2012, and he was failing to make adjustments to compensate. The struggles made everyone question whether or not Middlebrooks was truly the third baseman of the future like he had led us to believe a year ago. With his fall from grace, the team had one more hole on the 2014 roster, and if he couldn't recover they'd either have to bring back Stephen Drew or look for another third baseman to man the position next season. This had to be part of the consideration for calling him up right now, over Bogaerts.

This is likely Middlebrooks' audition for the starting gig on the 2014 team. He is going to have every opportunity to prove to the front office and coaching staff that he has improved his approach and made adjustments to counter how opposing pitchers are approaching him. With Brock Holt as the only other player on the roster who can play third base, it's pretty clear that Middlebrooks will be getting basically all of the at bats at the hot corner for the time being.

In this time, he can fill a huge hole on this roster going into the off-season. If he is able to play well, the Red Sox will have the ability to offer Stephen Drew the qualifying offer, take the draft pick compensation, and enter next season with Bogaerts as the starting shortstop and Middlebrooks manning the hot corner. This would leave first base and catcher as the only two holes on the diamond, and neither of those positions should be too hard to fill, either through internal options or the trade and free agency markets. 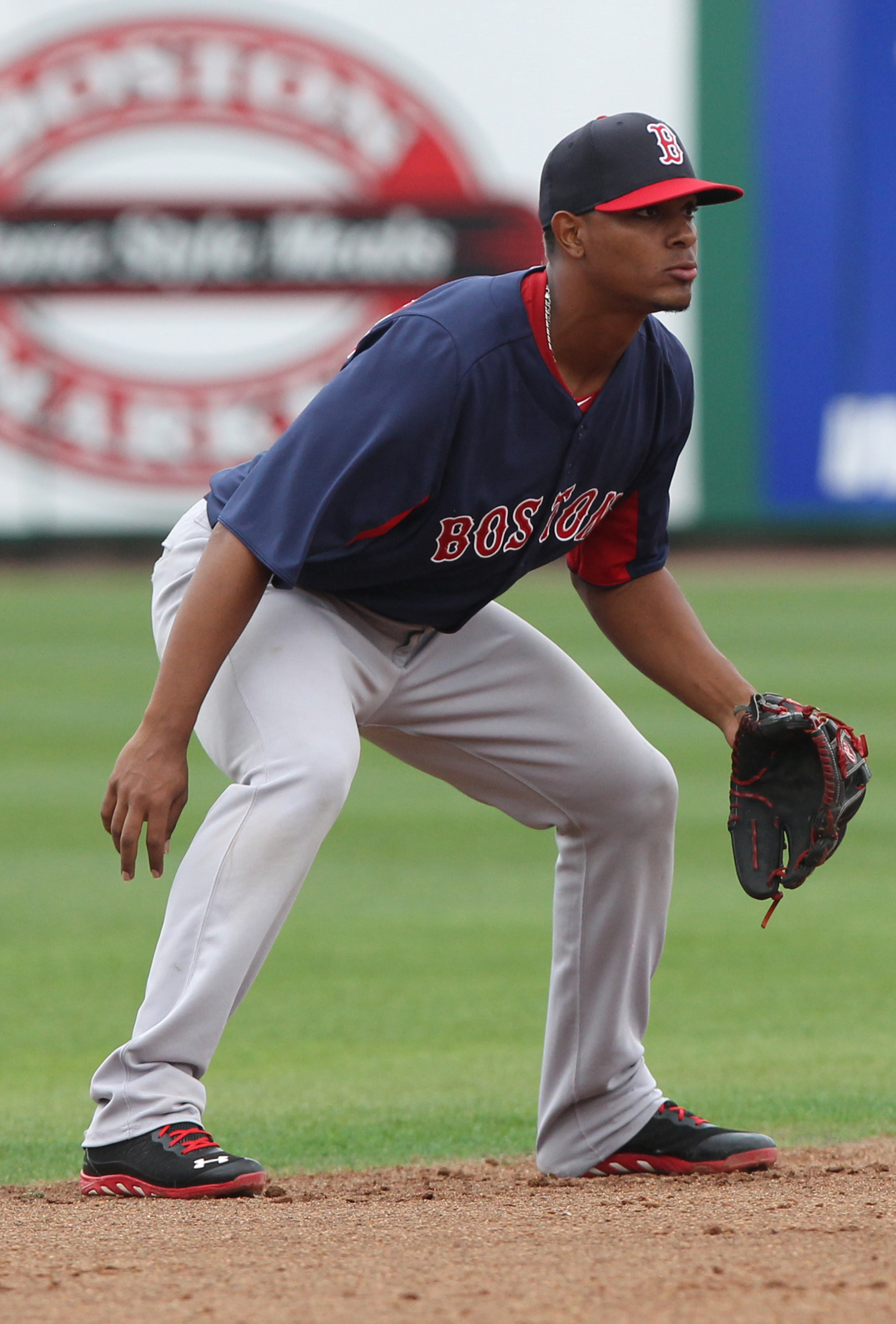 Now, that's not to say that the only reason to make this move is to benefit the 2014 team. With the Red Sox currently leading the AL East, playing for next season wouldn't make any sense. Despite Middlebrooks' struggles in the first half of this season, there is no guarantee that Bogaerts would be the better option right now. The latter has all of 227 plate appearances at the Triple-A level as of now, so making the quick jump to MLB pitching may not go as smoothly as some may think. When you also factor in the fact that, by all accounts, Middlebrooks has looked very good at the plate as of late, expecting him to be the best, most consistent producer at the major-league level right now makes some sense. 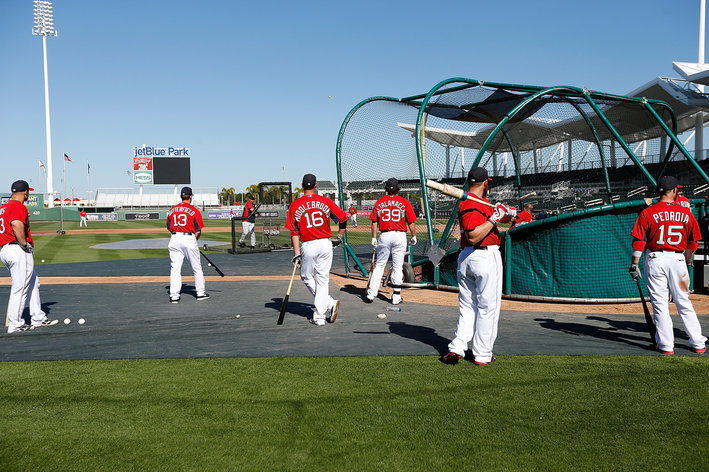 Boston finally makes it official, and signs one of the best international names on the market.

There is also Bogaerts' development to consider. Calling him up to play third base in Boston on a full-time basis would have been a huge risk for a player as young as he is. Prior to Middlebrooks' promotion, he had played just six games at the hot corner, a position he had never played before joining Pawtucket. Asking a 20-year-old to make the jump to MLB in a season he started at Double-A is hard enough. To expect him to also adjust to an entirely new position -- in the middle of a playoff race -- is adding too much risk into his development. Since shortstop is higher up on the defensive scale, it may be easy to think anyone who can play short should be able to play third, it's just not that simple. Third base is based much more on reactions, and charging in for bunts or softly hit balls is something that shortstops don't have to deal with. Getting comfortable at the position shouldn't take too long, but asking a player who is as important to Boston's future as Bogaerts is to gain that comfort at the major-league level is unfair, especially with Middlebrooks available to play third.

This is a huge opportunity for Will Middlebrooks. If he can show a more patient approach and show any ability to deal with breaking balls away from the plate, he will be serving this team in a huge way for 2013 and 2014. Being able to plug in a Middlebrooks/Bogaerts left side of the infield gives this team a cheap tandem that could provide huge value. However, Bogaerts should be getting some third base time at Pawtucket now that Middlebrooks isn't there to block him. If the latter struggles in Boston over the next few weeks, that should give the former enough time to gain enough confidence at the hot corner to get the call and show Boston fans the best prospect this system has boasted since Hanley Ramirez.

Middlebrooks is only 25, so I don't want to say this is his last chance to earn a starting gig in Boston, but success from him down the stretch would be huge for the development of the future of this team, as well as giving them a better chance to advance to the playoffs and beyond.