Even with Jake Peavy, Red Sox flush with cash for 2014

The Red Sox added a $14.5 million contract to their 2014 payroll in Jake Peavy, but they're still well-situated to fill holes as needed in free agency.

Share All sharing options for: Even with Jake Peavy, Red Sox flush with cash for 2014

The trade deadline has come and gone, and unlike last year, there's actually reason to pay attention to the two (hopefully three) months of baseball to come.

So what better time to look at the coming offseason?

The Red Sox will learn more about their needs over the next few weeks, particularly on the left side of the infield. If Will Middlebrooks can show any promise of returning to form, then perhaps the Sox won't need starting help If not, however, with Stephen Drew gone to free agency and Jose Iglesias in Detroit, the Sox will be relying on only Xander Bogaerts to fill holes at short and third.

More certain needs will be found at first base, behind the plate, and in the bullpen, given the impending free agency of Mike Napoli, Jarrod Saltalamacchia, and Koji Uehara. So, what resources will the Sox have to fill these needs? Try $60 million.

For the purposes of this exercise, we'll assume the Red Sox pick up Jon Lester's $13 million option, and decline Matt Thornton's. Andrew Bailey gets non-tendered, perhaps re-signed for less, and most other arbitration-eligible players receive an offer. Even adding Dustin Pedroia's new contract and Jake Peavy's salary, the Red Sox shed quite a bit more in the salaries of Hanrahan, Drew, Ellsbury, and Napoli, and numerous $5 million players. Toss in a rising Collective Bargaining Tax threshold (for years Boston's effective salary cap) and there's a ton of room to work with.

The question is, how do the Sox allocate it? On the left side of the infield, the free agent options are rather weak, perhaps precipitating a push to keep Stephen Drew. There are no stars available at first, either, though there's a decent number of mid-level players, Mike Napoli included.

More easily upgraded is left field. While Daniel Nava and Jonny Gomes have formed a reasonable platoon there, at some point the Red Sox can consider investing in an improvement at a position where there's no desperate need for one, if they don't find other places to invest. The markets for the top young players could well be exorbitant, but a short-term deal for, say, a player like Carlos Beltran could make sense given the depth available behind him.

And then there's the bullpen. Hopefully Koji Uehara will be amenable to re-signing in Boston--as much for the high fives as the clean innings. But even with him, Tazawa, Breslow, and Andrew Miller on board, there's certainly room to make an addition, even considering all the options that are springing up in the minors these days. 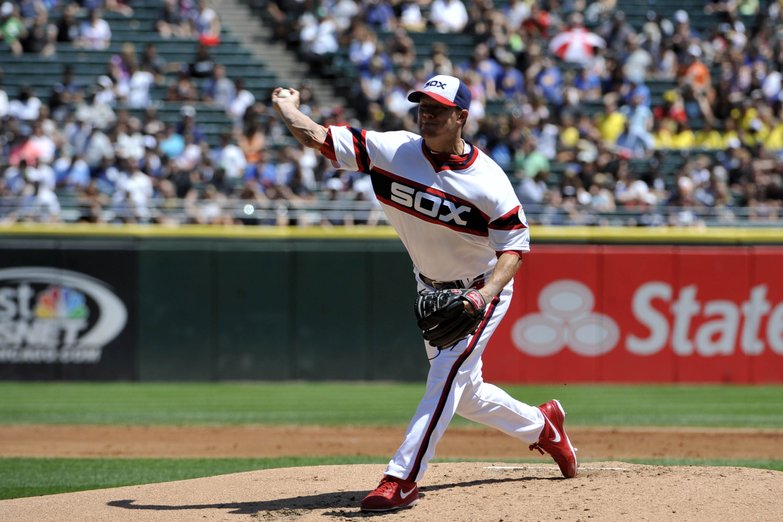 Still, even if you consider re-signing Drew, picking up a decent first baseman, and adding some bullpen help, it's hard to imagine the Red Sox not coming in quite a bit under budget. And that's with the Sox spending in the neighborhood of $65 million in average annual value for a six-man rotation which includes not a single one of Boston's many high-level pitching prospects.

With that in mind...is it time to loosen the purse strings? Make no mistake, the lessons of 2011 still apply. Handing out massive contracts to players ill-suited to Fenway Park (see: Crawford, Carl) is still the best way to wind up in a bad situation in a hurry. But with the Sox having potentially significant needs at third base (or shortstop) and catcher, it might be worth pursuing a marquee free agent such as Brian McCann, or even trading for a big contract given the plethora of starting pitching options they have in the high minors. Who knows, maybe they even keep Ellsbury around?

Whatever the case, much as Red Sox fans suspected heading into this year, 2013 seems just to be the start. This isn't the time to start going crazy and giving Ellsbury or McCann ten years and $200 million, but with the minor leaguers starting to make their way to the majors, there's an argument to be made that it's time to start acquiring the players they're going to put around the upgraded core of home-grown talent for the next few years.