Boston has an open 40-man spot; will they use it for a call-up, or a trade?

Infielder Jonathan Diaz has been outrighted off of the 40-man roster and placed on Triple-A Pawtucket's, according to WEEI's Alex Speier. Diaz was called up last week when the Red Sox needed infield insurance with Stephen Drew potentially heading to the disabled list, but was sent back down once Brock Holt -- already on the 40-man roster -- was able to play after dealing with an oblique injury. 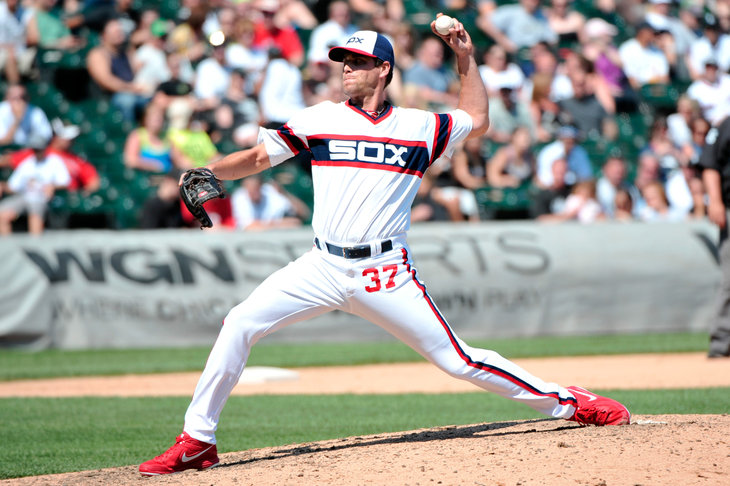 Diaz was basically around -- and called up -- for this very purpose. There's nothing wrong with him, necessarily, but he's 28 years old, and owns a career 655 OPS in the minors, including a 691 mark this year at Triple-A Pawtucket. He's exactly the kind of player you call up in this situation: an extra piece who could very well be lost through waivers, but if so, it's not a significant loss. Otherwise, a team ends up with someone they don't necessarily want to be wasting a 40-man roster spot at that point in time, a player they can't remove from the 40 once they are on for fear of losing them. Xander Bogaerts might be the future in the Boston infield, but in the present, all he would do is take up a roster spot that could go to someone the Red Sox could use in the present. Diaz's presence helped avoid such a scenario.

Now, the Red Sox have a clear spot on their 40-man, and at a time when they very well may need to call up another reliever -- or trade for one -- to take the place of the injured Andrew Miller. Alfredo Aceves is currently in the majors in Miller's spot on the roster, but the Red Sox more than likely want him to stay stretched out as a starter, and minor-league arms like Jose De La Torre and Alex Wilson are currently major-league arms due to other injuries in the pen. That means someone new, whether from within or without, could own Diaz's vacated spot shortly.