The Red Sox selected right-hander Teddy Stankiewicz with their second pick in the 2013 MLB draft, and shortly after signed him. The original bonus was for $1.1 million, under the $1.229 million slot value that the #45 pick in the draft was worth, but after seeing the results of his physical, his deal is now even further under slot.

Baseball America's Jim Callis reports that Stankiewicz's deal has been lowered to $915,000 after a "minor" issue cropped up in his physical. That makes Stankiewicz's deal $341,600 under budget, and means the Red Sox are overall $875,500 under budget before you even factor in that they can spend another $342,000 or so before incurring the loss of a draft pick for going over budget.

That gives the Red Sox over $1.2 million to work with, which won't be enough to sign Nebraska commit Ryan Boldt, but should be more than enough to ink Tommy John recipient and Vanderbilt commit Jordan Sheffield, who ranked 88th on Baseball America's pre-draft top-500. Mike Andrews from Sox Prospects believes that something in the $800,000 range would be enough to get Sheffield -- it's important that the Red Sox have this extra money, too, as they still have one pick left unsigned from their top-10 who could change the shape of their budget were he to go unsigned. 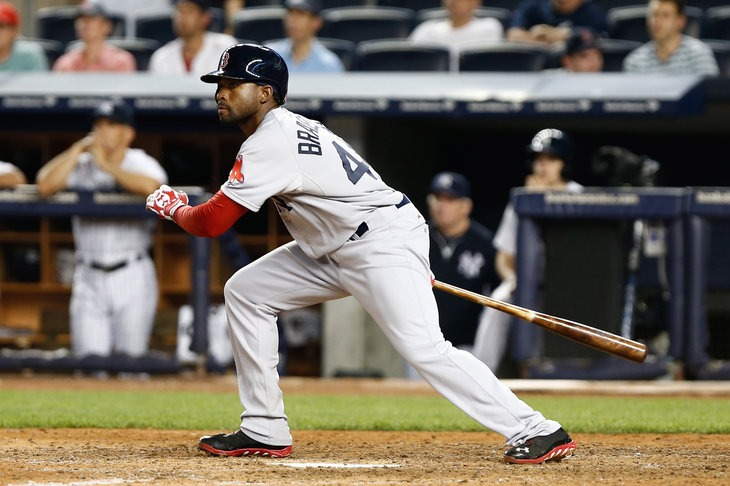 Boston sees four players improve on their pre-season rankings and land in the top 50.

Myles Smith was Boston's fourth-round pick, and that selection has a slot value of $454,800. Andrews states that Smith is expected to sign for $400,000, but he hasn't done so yet, meaning he might be looking for the full value or more, and is willing to head back to school for his senior year rather than go pro. While it's hard to believe he would -- college seniors don't have significant leverage unless they're, for example, Mark Appel-esque -- the threat is there, and previously made committing significant money to Sheffield a risk.

With Stankiewicz's bonus cut, though, the Red Sox have enough money to theoretically sign Sheffield and absorb the loss of Smith and the value of his draft pick from their budget. That's not to say it's likely that Smith would bail and head back to school, but if he did, the Sox would still be fine. It would cut into their ability to sign bunches of their unsigned players from rounds 11 through 40 to deals worth over $100,000, but it wouldn't keep them from acquiring a major talent like Sheffield if he's still on the board for them, and that might be the more important thing to consider.