With Andrew Miller and Franklin Morales on the disabled list, the Red Sox are suddenly lacking in the lefty department in their bullpen. While Craig Breslow remains, it's not a surprise to see Boston looking to find some possible depth that they can add to the pen, especially since, halfway through the season, Morales has thrown all of 12-1/3 innings.

Said depth just might be Matt Thornton of the White Sox: FOX Sports' Ken Rosenthal tweeted that Thornton is on Boston's "long list" of potential relievers to acquire before the July 31 trade deadline. This just a few hours after ESPN's Buster Olney reported that the Sox were "open" to "trade-market upgrades" in their bullpen.

Whether Thornton constitutes an upgrade at this point is up for debate, however. He's made 38 appearances and logged 26-2/3 innings, but has seen his strikeout rate fall to just 6.8 per nine while his home run rate has jumped to 1.4 per nine. Granted, that's just four homers on the season, but it sticks out because Thornton has averaged just four homers per year since 2005. In addition, while the sample is small, he's posted a .264 batting average on balls in play in 2013, against his career rate of .298, and he's inducing grounders below his career norms as well. 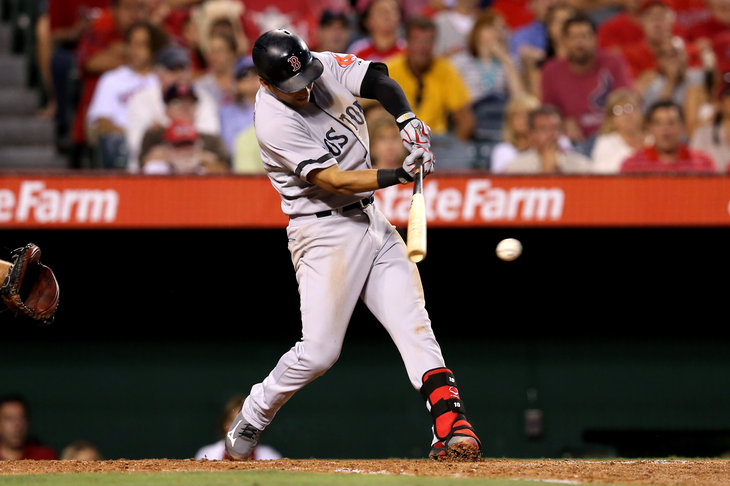 While historically Thornton was effective against both right- and left-handed batters, he's been pummeled by righties this year, to the tune of .319/.407/.426. This wasn't an issue as recently as last season, and he's seen 55 righties all year long, too, so there might be nothing to it other than small sample size. For what it's worth, Thornton was far more like his old self in June, with 13 strikeouts against a pair of walks, and while he allowed a pair of homers, they were also the only runs of the month.

At the right price, he's worth looking into. At worst, he becomes only another lefty option to face lefties, at a time when the Red Sox are suddenly missing arms that can do that courtesy injuries. At best, they get Thornton at a time when a limiting number of innings have made him seem far worse than he is, and their bullpen becomes the stronger for it -- they won't even have to dump a pitcher to make it happen, as relievers like Jose De La Torre and Alex Wilson could just be optioned back to Pawtucket to make room for this experiment. It all depends on what the White Sox are asking for in return, but Thornton does have an affordable $6 million option for 2014, meaning he can be more than a rental should Boston like what they see from him in 2013.