The Red Sox are keeping an eye on the Cubs' top pitcher with just weeks to go before the trade deadline.

The Red Sox don't know if they'll need Matt Garza by the July 31st trade deadline, but they're preparing as if it's a possibility. Boston, and 11 other teams, scouted Garza's Wednesday start against the Oakland Athletics. They likely came away impressed, too, as Garza threw eight one-run innings while striking out five, while inducing 11 swinging strikes and throwing 71 percent of his 114 pitches as strikes.

MLB trade deadline: The case for the Red Sox acquiring a starting pitcher 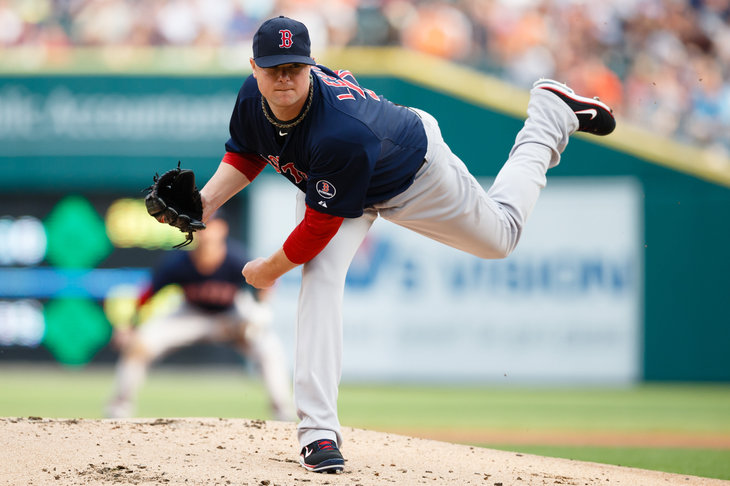 The Red Sox are on top of the American League, but that doesn't mean they couldn't use some help.

It's worth pointing out that the right-handed Garza managed the above even though the A's rolled out a lineup with seven lefties in it. Gordon Wiitenmyer of the Chicago Sun-Times wonders if this start is going to be the one that gets Garza traded -- will the Cubs wait until July 31 to move their biggest pitching chip, or will a contender want to get the most from him that they can, and strike early?

If someone does go for Garza sooner rather than later, that likely counts the Red Sox out of the race. Boston is taking a patient approach to the trade deadline, as the rotation isn't necessarily in need of a Garza if ace Clay Buchholz returns within the next couple of weeks -- the Red Sox would then have Allen Webster, Alfredo Aceves, and Rubby De La Rosa as starting pitching depth in Triple-A, and wouldn't necessarily need to pay the prospect price for someone of Garza's caliber, as the rotation would already be full.

If Buchholz has another setback, though, and it doesn't look like he'll be back from the disabled list any time soon, then things could change in terms of Boston's urgency. As Buchholz feels he is finally progressing, though, that might not be a concern the Sox will need to deal with.