We all believe the West Coast is where the Red Sox's record goes to die. But does the truth match up with our perceptions?

Friday night marks the start of what seems to be annual exercise in frustration and futility: a West Coast road trip for the Red Sox. We dread it as fans for so many reasons, not least of which is the horrific scheduling---games that are guaranteed to run past midnight, unless they're day games, which we miss because we're stuck at work or in rush-hour traffic. And if staying up for the games is bad enough on its own, the game experience itself tends to be just a few steps above a Brazilian wax administered by the Marquis de Sade: a disaster that's best left forgotten by all involved (except the victorious West Coast teams, dangit).

Or is it? I've taken a look back at the Red Sox's fortunes on the West Coast since 2003, and the results were surprising, to say the least. Check out the lowlights after the jump.

I picked 2003 as the starting point because it gives us an even decade of results to examine, spanning the highest of highs and the lowest of lows. Thus, we have a fair microcosm, although we still don't really escape the "small sample size" syndrome; we're still talking about only a season's worth of games over that time span. But the results are still eye-opening. Let's start with the heady days of the mid-2000's. All of the results here are courtesy of the indispensable Baseball Reference (following the link will take you to the results from 2003). As for what I considered "West Coast," I looked at any game taking place in Pacific Daylight Time, meaning games against the Angels, Athletics, Diamondbacks, Dodgers, Giants, Mariners, and Padres. I omitted the Rockies, because playing at Coors really isn't baseball it's only a two-hour time difference. 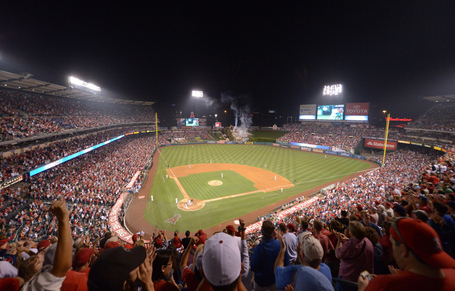 So, what lessons have we learned from this look back through the wreckage? Well, over the ten years sampled here, the Sox went 63-80, with winning records only in the disappointing 2010 and infuriating 2011 series. Ironically, some of the best results came in years when the Sox were just fair-to-middling—winning enough games to have a respectable record, but not so many to actually get to a winning record. But sucking on the West Coast usually correlated to a bad season overall. And, just because I'm a glutton for punishment, let's take a quick peek at whether this cross is the Red Sox' alone to bear, or if their competitors in the AL East also look at West Coast road trips with the same excitement as the prospect of watching another Madonna movie.

Looking at the results, we see that, for most of the teams in the division, a trip to the West Coast is about as much fun as a stay in Montresor's cellar. For the Orioles, the results were on the order of the Donner Party—or the Red Sox' 2012 season. The one exception, of course, is the Yankees, but they notably had their only championship (how I hate having to type that) when, lo and behold, they had exactly a .500 record on the road. 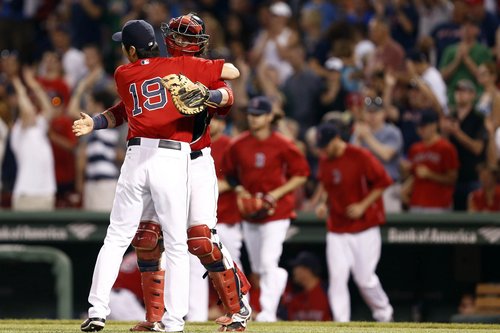 The good news: these Sox have been coming up big when they're not expected to.

On a somewhat related note, another trend stands out: just how unequal the road records are, from year to year and from team to team, even within the division, showing just how capricious MLB's scheduling has been over the years. Just take a look at 2007: the Red Sox, Blue Jays, and Orioles had eighteen or more games on the West Coast, while the Yankees and Rays had half that many. This is an easy-to-follow recipe for unfairness.

Of course, we can ask how this is likely to impact what by all appearances thus far will be an incredibly close AL pennant race. Here's how things have gone so far:

This is actually a bit worrisome, because the teams in our immediate rear-view mirror—the Yankees and the Orioles—have already completed over half of their West Coast itineraries for the year, before the Red Sox have even started a single game. Consequently, we have to hope that the Sox don't shed too much of their hard-earned lead during the course of these two West Coast trips. On the other hand, they do have a slight benefit in having three fewer West Coast games than Baltimore does, although the Yankees indeed benefit by virtue of having the fewest of any team in the division.

Ultimately, we're faced with a dilemma: hope for success out west, and then make suitable offerings that the baseball gods don't punish the Sox for irrational and implausible success, or root for acceptable mediocrity, and then hope that it's enough to hold on to the AL East title by taking care of things inside the division. Personally, I have to think the latter is the more promising route.