The Red Sox didn't need Jake Peavy. They had five starters in the majors even with ace Clay Buchholz on the disabled list, and Buchholz is expected to be back in time for September and his last four or five starts of the year. The thing is, though, that the Red Sox really could use Jake Peavy, even if he wasn't absolutely necessary. His acquisition is one of the benefits of the budget space the Red Sox had tucked away for this July 31, budget space they haven't had for the last few seasons thanks to the constricted, expensive roster that general manager Ben Cherington had inherited from his predecessor, Theo Epstein. It's exactly the kind of scenario they couldn't pull off back in 2011, Epstein's last year as Sox GM, when a similar will-he-or-won't-he Buchholz situation was in play.

Peavy is both an active starter for Boston as well as an insurance policy. He joins John Lackey, Jon Lester, Felix Doubront, and Ryan Dempster in the rotation -- Dempster, who was signed to be a mid-rotation anchor, has done his job as expected but now might be the relative "worst" of the bunch. Peavy wasn't acquired to be an ace -- the trade price of Jose Iglesias and a trio of low-level, potentially forgettable prospects more than implies as much -- and in this rotation, he doesn't have to be. If Peavy pitches just like he has to this point in 2013 the rest of the way, with a league-average ERA and over six innings per start, he very well might be the club's fifth starter come the return of Buchholz. To be realistic about that optimism, it all depends on which iterations of Lester and Doubront show up for the last two months of the season.

The insurance policy part has to do with whether or not Buchholz ends up returning. Just to throw a hypothetical out there, if Buchholz doesn't come back, or at least sees his return pushed back to the very end of the regular season, Peavy is there to hold down a rotation spot that otherwise might have had to go to a few untested, unprepared arms such as Allen Webster or Rubby De La Rosa. The distance between the Red Sox and a Steven Wright spot start has been increased, and the chances of Alfredo Aceves ever starting another game in 2013 have been reduced even further.

It also means that Brandon Workman no longer needs to start. It's not that Workman isn't capable -- he's been excellent in his first three major-league starts, with a 2.45 ERA in 18-1/3 innings along with 18 strikeouts against four walks. The thing is, though, we've only seen best-case scenario Workman, not the one who sometimes loses his fastball command and becomes prone to the long ball. It's not that Workman wouldn't have been useful, but the rotation now has a more established piece in it, and Workman can go back to being starting depth, which, again, they are in need of given the situations of Webster, De La Rosa, and so on.

Plus, Peavy's acquisition and subsequent push of Workman from the rotation becomes something of a two-for-one deal for the Sox, as they now have Workman available for the role they originally intended him for, prior to Buchholz's last setback: as a right-handed power reliever to help balance their injury-plagued bullpen. While the Workman as Starter experiment certainly deserves more attention, the truth is that Workman is already at 121-1/3 innings in 2013 before July's conclusion: his career-high is 138. That gives him maybe about 50 innings total left to work with, hypothetically, before the Sox are pushing him maybe a little harder than they should, and if he was needed as a starter come playoff time, then they would be forced to push him that much harder. That's hypothetical, by the way, because for all we know, Workman could run out of gas at 150 and become far less effective. Pushing him to the pen will slow that process, and let him rack up innings at what might end up being a better rate for him in the present. 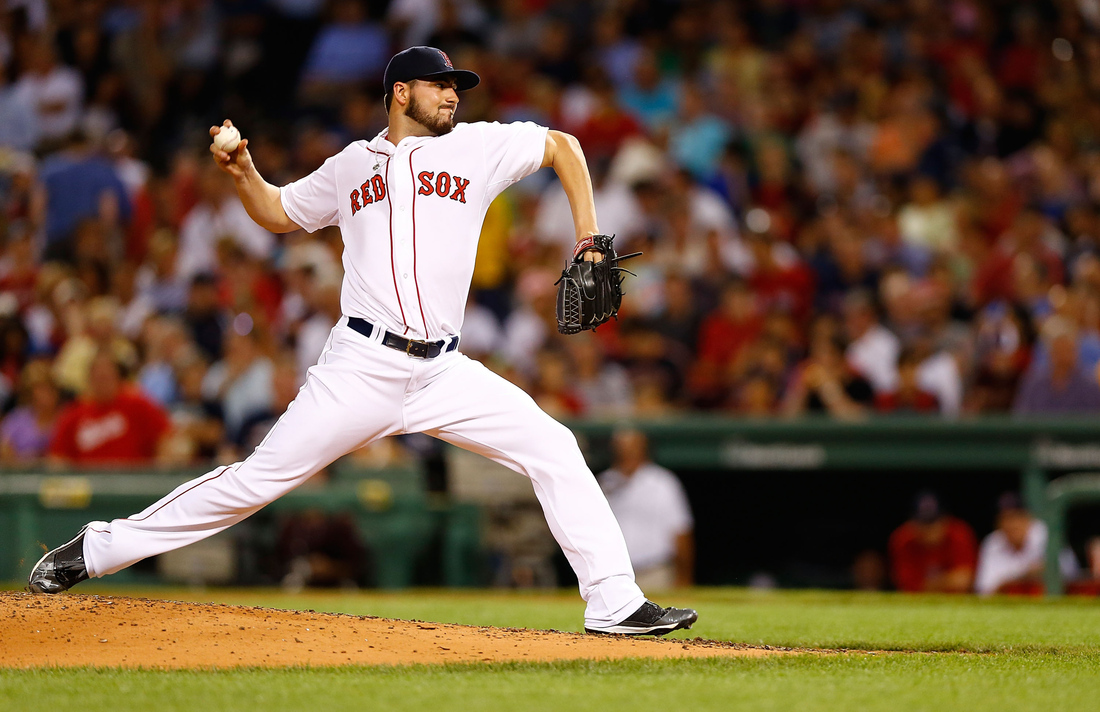 In the pen, his fastball velocity should play up, and he can focus on using whichever of his secondary offerings happens to be spinning out of his hand best on a particular day. He is a pitcher with setup man potential in addition to his alternate path as a big-league starter, meaning that the Sox might have received the top reliever they could before the trade deadline without ever actually acquiring one. He'll have to prove that's true over the last couple of months of the season, but given his performance as a starter in limited duty in the bigs, it's certainly believable.

If the Sox put Dempster on the disabled list for a few starts to rest the sore groin he's dealt with throughout the season, then Workman will get a few more starts before the transition to the pen. Peavy's presence allows that to happen, though, as the Sox didn't have anyone else they could turn to in the meantime, leaving somewhat injured Dempster as their best bet out of that spot. Now, at least, they have options to counter whatever ends up happening with Dempster's health.

With Jose Iglesias gone, will the Red Sox look to re-sign Stephen Drew? 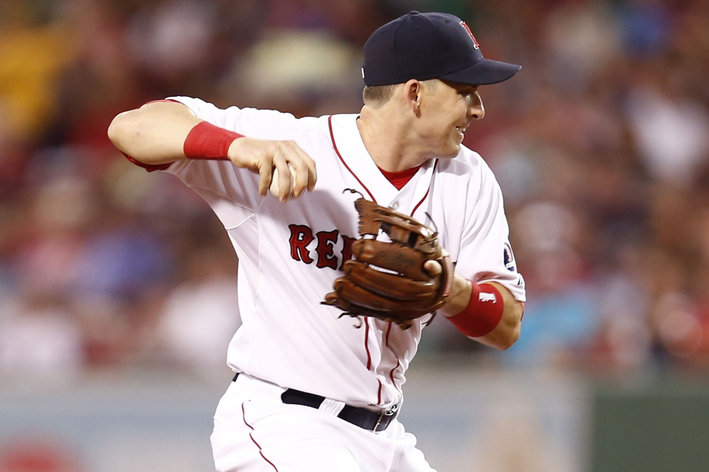 Jose Iglesias is gone, leaving Boston's future at shortstop in question. With few answers for the left side of the infield available in free agency, might the Sox look to hold onto Stephen Drew?

This is all without considering the 2014 effects: Peavy is still under contract next season. As of right now, the Red Sox have Buchholz, Lester, Lackey, Doubront, Dempster, and Peavy for rotation spots in 2014, with Workman likely as the top piece of depth. Lester has a 2014 option, and if he continues to pitch well as he has of late, that will be picked up, and not with the intention of dealing him after. Just what the Red Sox do to knock things down to five starters remains to be seen -- someone could get hurt, solving the problem for them, or they could make a deal to find help for elsewhere on the roster. The fact that they are now in a position to deal from a future position of depth, while simultaneously strengthening a present-day, already competitive team, though, is an impressive one that merits recognition.

The focus for now is on 2013, though, and what Peavy can do for them in the now. He's useful as an active starter, as an insurance policy, and as the piece that allows the Red Sox to improve their bullpen without actually acquiring anyone new. All of that at the cost of a few low-level minor-leaguers who didn't register anywhere near Boston's first-, second-, or even third-tier prospects, as well as a shortstop whose future with the organization was in doubt thanks to those same first-tier future Sox. See what having some budget space can do for a team?