There are lots of reasons to trade for Cliff Lee. There's no reason to trade Xander Bogaerts for him.

Share All sharing options for: MLB trade deadline: Red Sox would be crazy to trade Xander Bogaerts for Cliff Lee

His reasoning was that nearly eight years ago, the Red Sox sent Hanley Ramirez to Florida in exchange for Josh Beckett and Mike Lowell in a move that ultimately helped them win the 2007 World Series. So perfect are the parallels, he argues, that you can even throw in Michael Young in place of Lowell.

All due respect, Ken Rosenthal, but that is one terribly flawed comparison.

The comparison of Bogaerts to Ramirez, to be fair, is fine. Hell, Hanley is exactly who Bogaerts was compared to when he was first hitting the radar, and that's more-or-less borne out as the big-hitting, defensively questionable (though that criticism has been coming up less and less of late) shortstop makes his way closer and closer to the majors.

Cliff Lee would also represent the same immediate impact the Red Sox were looking for in acquiring Josh Beckett. Sure, it would actually take Beckett an awful year of blisters to adjust, but the idea is certainly the same: acquire an ace, and significantly improve the team's pitching and chance to win with a blockbuster deal.

That's where the similarities end.

Josh Beckett, as many of you will instantly have pointed out, was 25 years old when the Red Sox traded for him. He was still under team control, ultimately allowing the Sox to sign him to a team-friendly contract through the 2010 season. He was, in 2005, the present and the future all in one. 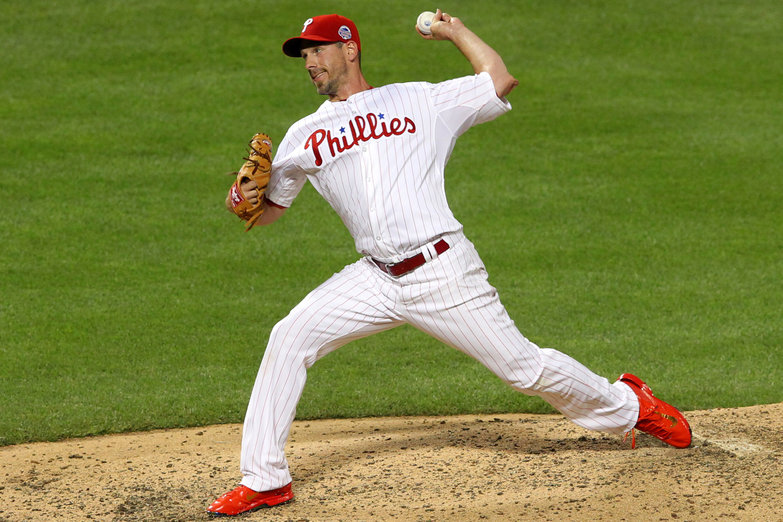 The question: at what price?

Cliff Lee is 34 and costs $25 million a year, assuming he's still good enough in 2016 that the Red Sox would rather pay him $27.5 million than kick him to the curb for a massive $12.5 million buyout. He is certainly the present, but is he the future? It's much more likely that Lee ends up as a burden as soon as next year than that Beckett would represent a significant drag at any point. Lee has an expiration date, and chances are it's sooner rather than later. Certainly much sooner than Bogaerts'.

Then you've got to consider the simple money involved. At $25 million a season, Lee's value beyond to the Red Sox in years beyond 2013 has to be compared to what that money can get them on the open market. Given that, the scenario where Lee is actually a positive to the Red Sox for more than this season and the next becomes increasingly hard to imagine, even ignoring the cost of Xander Bogaerts.

Rosenthal is right that the idea is, in the end, to win the World Series. He's wrong if he thinks this is the way to go about it. Down this path lies the present-day Yankees and Phillies. Right now the Red Sox have such a ridiculous farm system that they can afford to trade some assets to increase their chances to win, but it's their top prospects--Xander Bogaerts in particular--that change this from a fun year into the beginning of something potentially special.

Yes, the point is to win the world series. But the playoffs are, as always, a crapshoot. And in the end the way to win that crapshoot is to take as many good shots at it as possible. The Red Sox do not need to add Cliff Lee to take a good shot at it, and to send Bogaerts away to make that shot somewhat better would be to risk years and years of playoff appearances to come. If Boston's chance of winning the World Series in 2013 would be increased by trading Xander Bogaerts for Cliff Lee, their chances to win one (or more) sometime at anytime in the next six would be lowered, likely dramatically.

If the Red Sox want to win a World Series, they'll make Bogaerts untouchable for anyone short of Mike Trout, Bryce Harper, and their ilk.