The Red Sox are the most likely landing spot for Cliff Lee, at least according to one NL executive.

One National League executive expects Cliff Lee to be traded based on recent conversations with Ruben Amaro Jr., and has named Boston as his likeliest landing spot according to Andy Martino of the New York Daily News. 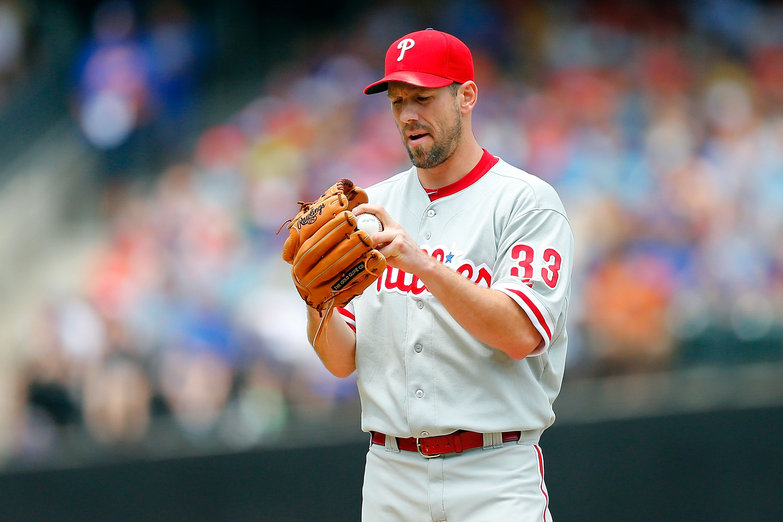 The outlandish price tag in question...

The question here is whether or not these conversations have led said executive to believe that the Phillies are open to dealing Lee, or whether Amaro actively wants to move his star pitcher.

If the former, then relatively little has changed. Amaro has, of course, claimed that he's not looking to sell in recent weeks, but that's not really credible anymore even for him now that the Phillies are 11.5 games back in their division race. What's been the main impediment is the outlandish price tag they've apparently set for Lee which, if it's as high as it's reported to be, should scare away just about every team with the ability to pay it.

If, on the other hand, Amaro has realized that his team is a train wreck that's only getting older and that Lee is not likely to hold up until they have a chance to be good again, there's a very real chance for something to happen here. The Red Sox won't be picking up Lee on a pure salary dump, but an Amaro who has acknowledged the need to rebuild could well be reasonable enough to deal with.