One of Boston's best young pitchers and a reliever quietly having a productive year are off to face the PCL.

In addition to the Futures Game hosted during All-Star week, each minor-league level also has its own all-star game. Triple-A is no different, and as members of the International League, a pair of PawSox will take on the Pacific Coast League All-Stars on July 17, in Reno, Nevada. Those two players are starting pitcher Rubby De La Rosa and reliever Anthony Carter. 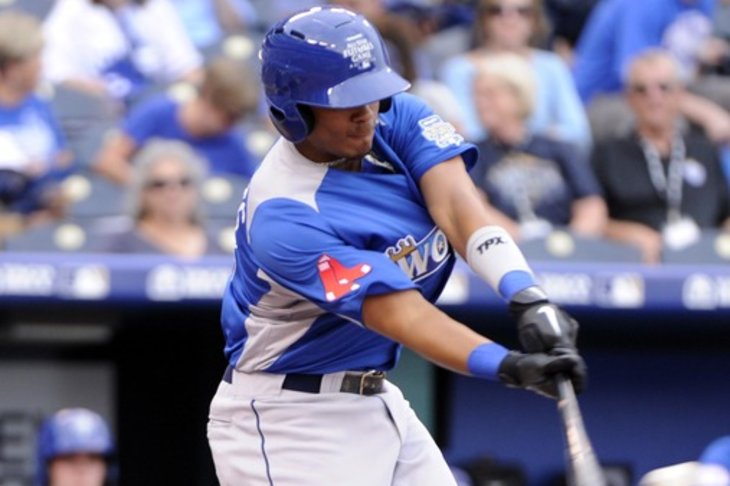 You'll get the chance to see a pair of Red Sox prospects on national television in just a few weeks.

De La Rosa took some time to get moving in 2013, as the Red Sox were building his arm back up slowly after 2011 Tommy John surgery, but he's now throwing the normal 5-6 innings per start for Pawtucket, and owns a 2.47 ERA over 15 starts and 58-1/3 innings. De La Rosa has struck out 9.4 batters per nine, and while you'd like his walk rate to be lessened, he's still punching out nearly two-and-a-half more batters than he's walking.

As for Carter, his ERA isn't quite as sparkling at 4.64, but he's been mostly excellent in 2013. He's striking out 12 batters per nine (or nearly three times as many as he's walking), has more ground outs than air outs, and, if you remove his one awful appearance of the season from the record -- the April 18th PawSox game in which Carter gave up six of the 17 total runs he's allowed this year -- his ERA falls all the way to 3.09. (Hat tip to Tim Britton for the reminder of that statistical nugget.) It's not outright dominant, but it's pretty good, and a reminder that the Red Sox had their reasons for bringing him on board this off-season.