MLB trade deadline: The case for the Red Sox acquiring a starting pitcher

The Red Sox are on top of the American League, but that doesn't mean they couldn't use some help.

Share All sharing options for: MLB trade deadline: The case for the Red Sox acquiring a starting pitcher

The Red Sox rotation has the best ERA in the American League. The strong front-five has ample backing in the minors from the likes of Rubby De La Rosa, Alfredo Aceves, Allen Webster, and Brandon Workman. Given that, you'd think a starting pitcher would be the last thing on Ben Cherington's mind as the trade deadline approaches.

And yet...there's reason to think it's not. Or, at least, that it shouldn't be.

There's no way to complain about the job done by the rotation so far this season. They've been amongst the best for the first three months, playing a major role in reaching this point with the best record in the American League. But when you look down the road and think about what this team would need for a potential playoff run...

Let's put it this way:

If Buchholz is healthy, Lackey stays good, and Lester can get halfway back to normal, then the Red Sox will be fine without adding a pitcher.

Jon Lester has been kind of a disaster for all but one month since September 2011. While his most recent start was...encouraging, the only reason we look at it as anything more than a (fairly low) high point from a pitcher who has likely lost it for good is because of those first six weeks. Now he's been bad for as much of this season as he was good, and the bad extends well into the past. Can we really trust him to be a viable playoff starter?

Clay Buchholz has been tremendous, but has certainly had some durability issues. This injury that just won't go away is not the only one that's left him missing from a start this year, and now it looks like the Red Sox won't get more than a couple starts out of him before the deadline. If he could throw five or six in a row, maybe we'd feel better that he's really back to stay, but there's just not enough time for that.

Who could the Red Sox trade? 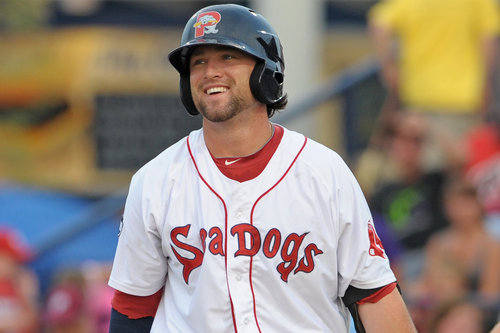 Then there's John Lackey, who has been unbelievable. And frankly given his increased velocity and improved control it doesn't seem like he's going to fall off any time soon. Still...how comfortable are we relying on him? Certainly, of these three he's the one for whom the question marks are least significant, but it's still hard to put quite so much faith in the pariah of 2011.

It's just too many ifs. And then there's always the possibility that Ryan Dempster gets hurt, or even Lester or Lackey. The reason I'm looking ahead to the playoffs, uncertain as anyone's place in them may be this early on, is because it feels like Boston's starting depth is strong enough to be relied on for the stretch run. Having Rubby De La Rosa and Alfredo Aceves starting 5 games a piece in August and September doesn't seem like the end of the world, especially given how capable the offense is. Simply put, they are not Kyle Weiland. But how comfortable can we be with having Felix Doubront or one of those two starting a game in October?

The Red Sox still have a long way to go just to get to the playoffs. But, as with any team buying rather than selling in July, they have to consider how the roster will look beyond September and into October. And, in a division race like the one that's gearing up in the AL East, the help in August and September can't be ignored, either. The Sox don't need to go out and trade all their prospects to Philadelpia for Cliff Lee. But adding a reliable mid-rotation arm would go a long way towards insuring the Red Sox against a 2011-like pitching collapse.