Share All sharing options for: MLB trade deadline: Who could the Red Sox trade on July 31?

Who the Red Sox could trade for is the question on everyone's minds as the July 31 trade deadline approaches -- it would be pretty easy to get Sox fans to admit that they dream about Cliff Lee, Yovani Gallardo, or one of many others who could be on the block this month donning a Red Sox uniform. What's more difficult is figuring out just who the Red Sox would have to trade in order to acquire anyone by or on July 31, especially since the Red Sox are resistant to harming their long-term prospects.

The Red Sox have a very strong farm system, and while it might not be loaded with future stars -- they can't all be Xander Bogaerts, you know -- there are tons of potential future big-league players, and that has value. Some of them will have to be dealt if the Red Sox are to bring in someone like Lee, or even a depth piece to shore up the rotation or bullpen. Rather than focus on the obvious players who would bring back value -- the top-10 prospect types that are likely to be heavily involved in Boston's future, the kind of guys whose names would likely only be invoked in a dream trade for Giancarlo Stanton -- let's take a look at some prospects, and even young big-league players, who could be the assets the Red Sox end up dealing while they balance a promising future with a tangible, successful present.

Remember, these aren't players the Red Sox should trade just to move them -- they're being mentioned here because they are valuable, and have potentially bright futures, and are therefore commodities on the trade market.

It might seem a little strange to advocate trading a 25-year-old left-hander who won't be a free agent until 2018 at the earliest, one who is seemingly just now coming into his own. However, if the Red Sox want to add a major rotation piece like Lee or Gallardo, pitchers who are under contract not just for 2013 but for a few more years after that, then someone is going to have to make their exit from a full rotation. Dealing Doubront could allow the Red Sox to hold on to the likes of Allen Webster, Rubby De La Rosa, Matt Barnes, and Anthony Ranaudo, letting them finish their development in the minors, while opening up said spot for the newly acquired starter. 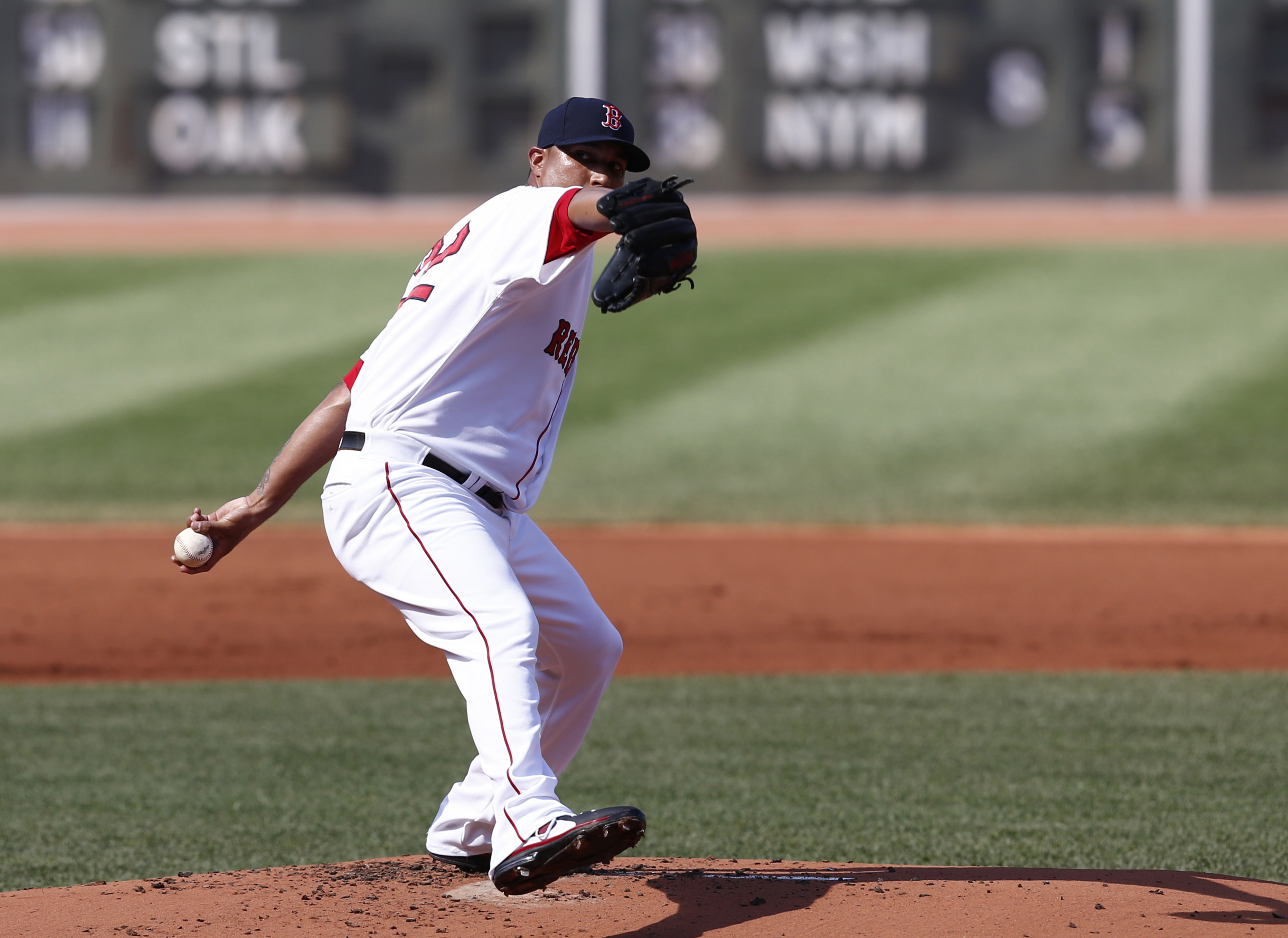 Doubront might not have the dreamy ceiling of some of those names, as we've already seen some of his reality, but he still has upside as a mid-rotation left-hander who can miss bats, and that will attract some teams. Normally, you wouldn't want to move a piece like Doubront, one with major-league experience who could be important in the future of a rotation that's going to see a lot of turnover in the next few seasons, but if you're getting back a Cliff Lee in a package deal, it's not even a question.

Drake Britton has one option remaining to him after 2013. He's been on the 40-man roster the last couple of years, but used that time to basically fall apart and put himself back together, rather than to shoot up through the system. From the looks of it, though, the 24-year-old southpaw has put the last pieces into place, as he's improved each month of the season at Double-A, and just posted a 3.24 ERA in June over five starts and 33 innings, while striking out twice as many batters as he walked and inducing 1.2 times as many ground outs as air outs. He's not a huge pitching prospect who could headline a significant deal, but Britton is the kind of piece that the Red Sox could move as a supplemental piece in a package.

Dealing him would open up a 40-man spot for whoever was coming back in the trade, and while having too many pitching prospects isn't actually a problem, his exit would also alleviate some of the 2013 Pawtucket rotation concerns -- there are only going to be so many innings to go around, and the Red Sox could very well have Allen Webster, Rubby De La Rosa, Anthony Ranaudo, Matt Barnes, and Brandon Workman all in Pawtucket's rotation either to start 2014 or shortly into it. Depending, of course, on whether or not any of them make the Red Sox instead. 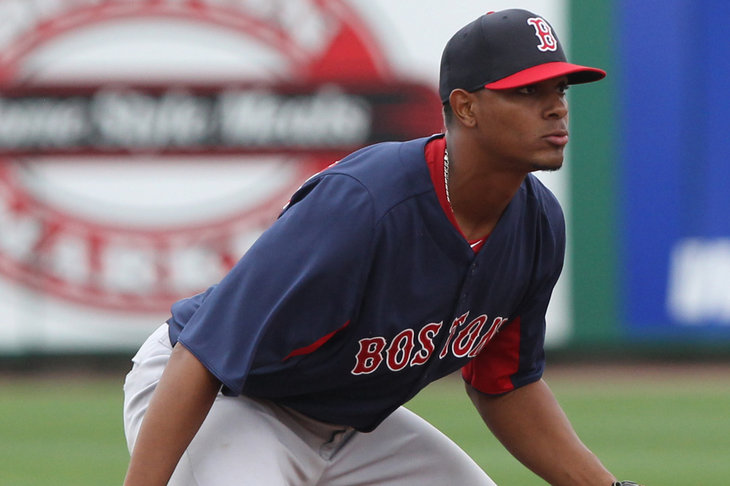 Thanks to breakout campaigns and a strong draft, Boston's prospects look even stronger.

Almanzar fell off the prospect radar prior to 2012, but has spent the last two seasons climbing back up that ladder. As an international free agent with six minor-league seasons to his credit, it's easy to forget Almanzar is still only 22 years old -- the same age as Garin Cecchini. Almanzar first began his career recovery with .300/.353/.458 line at High-A Salem last summer, and has improved on that with the promotion to Portland: he's currently batting .290/.354/.491, and has nearly matched last season's career-high home run output already.

Like with Britton, Almanzar isn't going to bring in a huge piece on his own. He's eligible for the Rule 5 draft this off-season, though, meaning his timing for successfully developing is a bit inconvenient for the Red Sox, who likely don't have room on the 40-man roster for him. Someone else in need of a future third baseman could have that room, though, especially if they're rebuilding or just attempting to get younger. Not to keep bringing up the Phillies, but they traded for Michael Young this past off-season in part because there were no other third base options around. Almanzar can't solve that problem for them in 2014, but he could potentially give them an internal option for 2015 at the position, assuming they'll admit they need a rebuild, anyway.

Brentz has promise, there's no denying that. His power is impressive, and combined with his arm could very well mean he has a productive major-league career in front of him. The Red Sox are likely set in the outfield for the next few years, though, thanks to Shane Victorino's free agent deal, Jackie Bradley Jr., and the emergence of Daniel Nava. That means Brentz, who, like Almanzar, requires a 40-man spot this November in order to avoid the Rule 5 draft, could be dealt this month.

He has his warts -- he's walked just 19 times at Pawtucket against 73 strikeouts, for walk and strikeout rates of six and 23 percent -- and while his arm is strong, his overall defense isn't. Still, though, it's hard to ignore some of the power numbers he's put up over the years, and if someone thinks he's more than a lefty masher with a high-quality arm -- or if that's precisely what they need to round off their bench -- then he could attract trade attention.

Like with everyone else here, it's not that you want to deal Workman. It's more like someone is going to have to go if the Red Sox want to get anything back to help them now. Workman was drafted in 2010, and has succeeded all the way up through the system, including during his first few starts at Triple-A this season. He comes in behind the likes of Webster, De La Rosa, Ranaudo, and Barnes in terms of ceiling, though, and his future might still end up being in relief in the long run, albeit as a potentially great bullpen piece. Whether that's because Boston runs out of rotation spots, or because Workman's performance forces him there, remains an unknown at this stage. 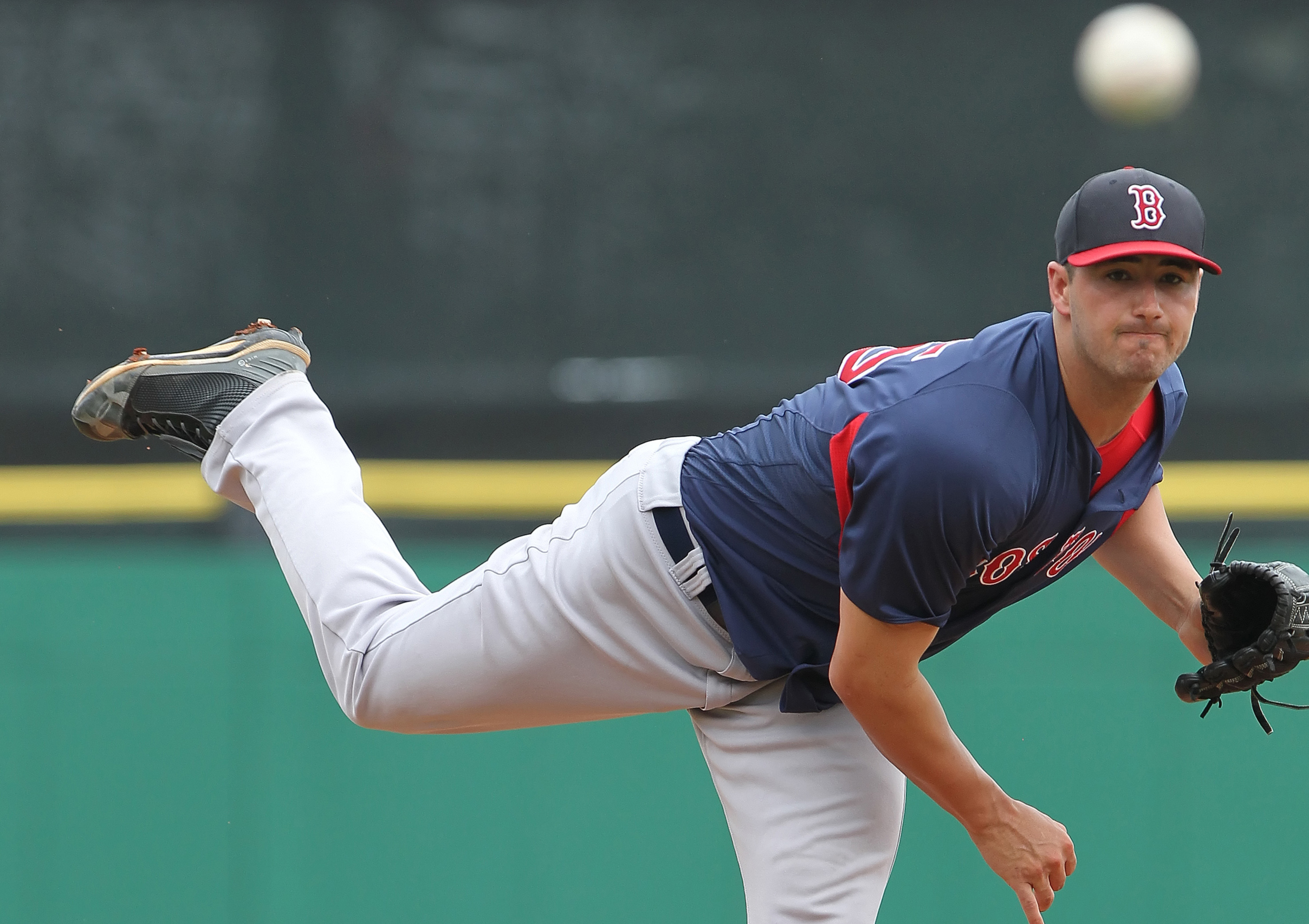 The fact he needs a 40-man roster spot makes him something of a target for a trade. Unlike with, say, Almanzar, at least with Workman the Red Sox know they could likely utilize him and that spot in 2014. It's hard to see the Sox dealing both Workman and Britton, as "too much" depth could become not enough very quickly, but one of these B-level pitching prospects is likely to be packaged in a trade if the Sox make a move.

This might seem odd for a few reasons, most notably the fact that Middlebrooks is currently in Pawtucket after significant major-league struggles. However, with Xander Bogaerts now in Triple-A, and Jose Iglesias succeeding in the majors, there might be room to deal Middlebrooks in the right scenario. Bogaerts could begin the transition to third -- with the knowledge that he can shift back over to short should something happen to Iglesias in 2014 -- and the Red Sox could just use Iglesias at the hot corner for the remainder of 2013, while hoping his bat stays good enough to complement his defense. Boston could acquire third base depth as a just-in-case measure for Iglesias, too, if they don't feel Brandon Snyder provides adequate insurance. 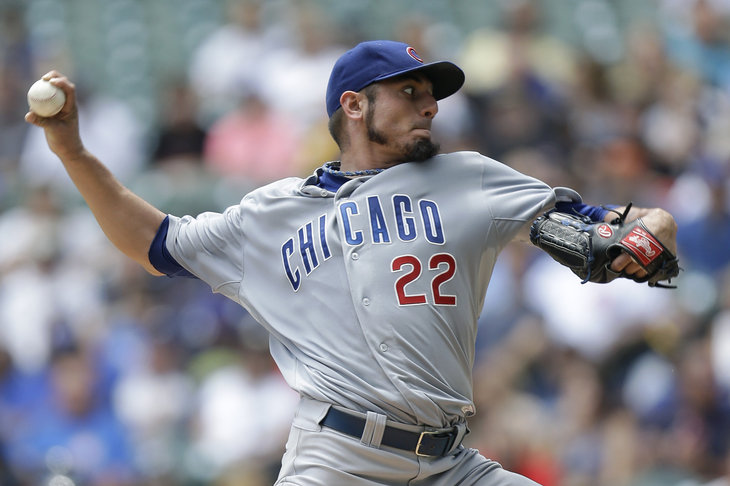 While Middlebrooks' value is at a low point, and there's still plenty of reason to believe he can bounce back and be a productive big-league third baseman for the Red Sox, we again get to the idea that something has to be given up. Again, we'll cite the Phillies, who are in need of a present and future at third base, and expressed interest in Middlebrooks in 2012 when the Red Sox were deciding between him and Kevin Youkilis.

Admittedly, dealing Middlebrooks would open the Red Sox up to risk more than any of these other names. If Bogaerts doesn't punish Triple-A the rest of the way, relying on him at the start of 2014 could be problematic. If Iglesias suddenly goes cold, the fact his defense isn't quite as good at third combined with the higher offensive requirements of the position would cause present-day issues. Plus, as mentioned, Snyder would be the third base depth, rather than a potentially rejuvenated Middlebrooks. If the right player is coming back, though, it's likely Boston would consider such a move.